Like Cool Springs, that I covered in an earlier post, Ed's Camp wouldn't really qualify as an actual town, but it was clearly a desert oasis on the original Old Trails Highway (later renamed Route 66), until it was bypassed by a new alignment of the road in 1952, that took most of the traffic, and almost all of the business elsewhere. In spite of this, Ed's Camp still did business (of some sort or another for many years).

Ed's Camp provided the same services that all the little towns on Route 66 did. Food, Gas, repairs, lodging, restrooms and cooling water for your radiator. In addition, Ed's Camp even had a trading post and trailer park. Judging by where it's located, I'm sure there were many miners being served there as well. The owner of the place, Ed Edgerton, was himself a local miner. He probably decided that he could find more gold out of the mines, than in them and when Route 66 came through the area in 1926, Ed's Camp was opened soon after.

I've mentioned a few times that I spent a lot of time in these desert areas with my granny and her husband when I was young. This is one of the places that I clearly remember. I also remember Ed. If I'm not mistaken (and I probably am), he was a friend of my step-grandfather. All I know about their friendship is that they were both from cold climates and ended up in the southwestern deserts because of their health. Even when I was a kid and this place was open, I remember it being pretty ramshackle. 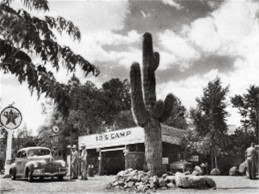 The owner claimed that this Saguaro cactus was the only one on Route 66. 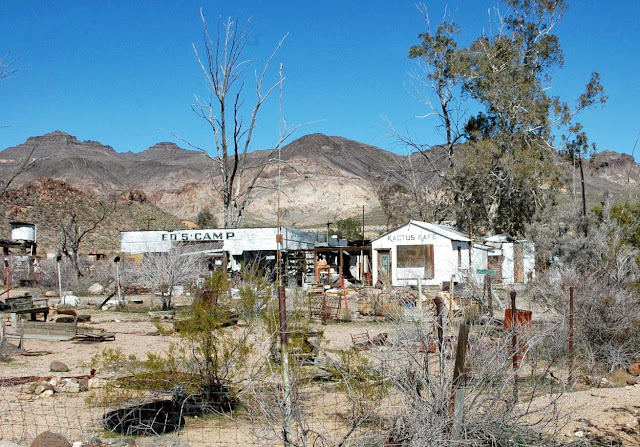 Well, now I guess there aren't any! 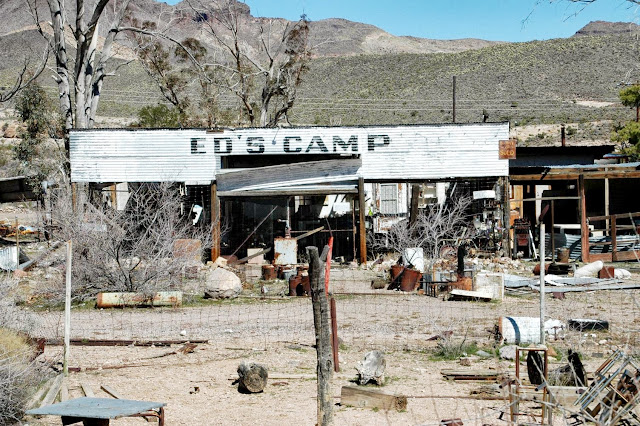 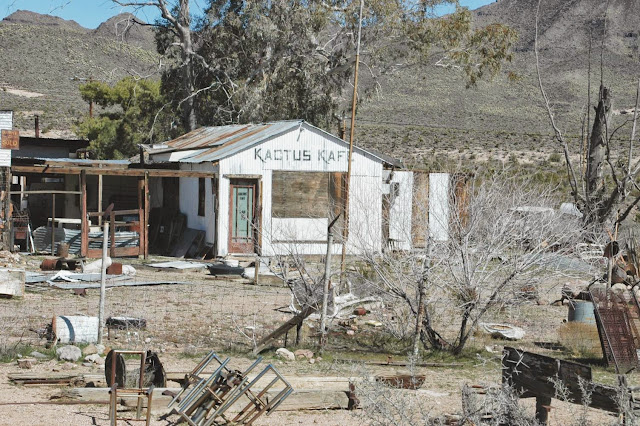 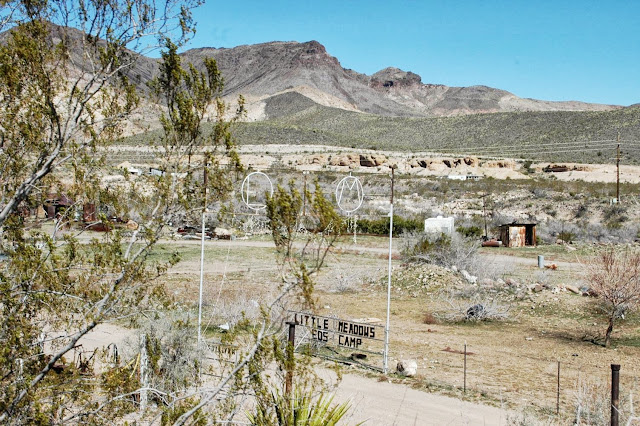 This was the gate into Little Meadows. It was the trailer park at Ed's Camp. There is some VERY historical significance to this spot (long before Ed arrived), but I can't seem to find it on my computer right now. I'll add it on later. 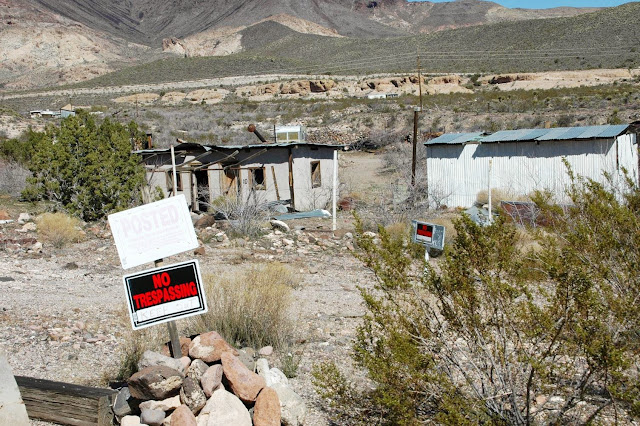 The little building to the left contains a couple of the cabins you could rent. I think that the funky looking metal building on the right is the restrooms.  How would you like to be sitting in that thing when it's about 110 F outside? There are many No Trespassing signs on the property. I guess they mean it, because if you hang around too long there (even on the shoulder of the highway), there is somebody there with a shotgun to tell you to move along. I didn't have the pleasure of meeting that person, but many have (allegedly). 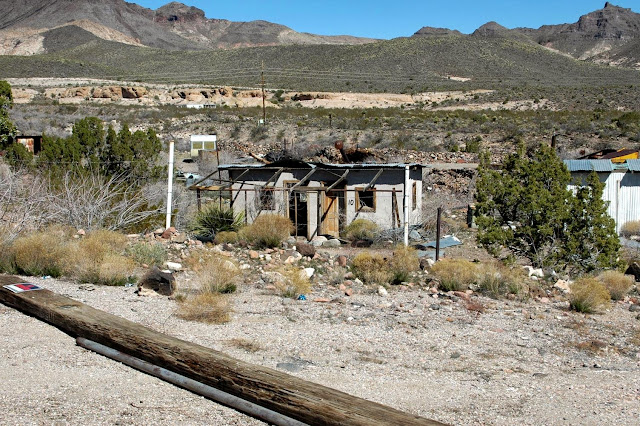 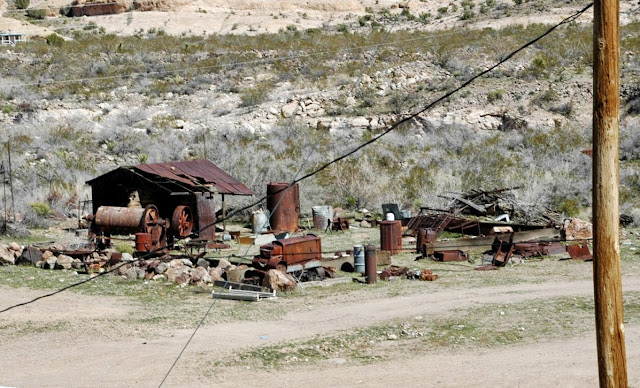 The place is covered with vintage equipment 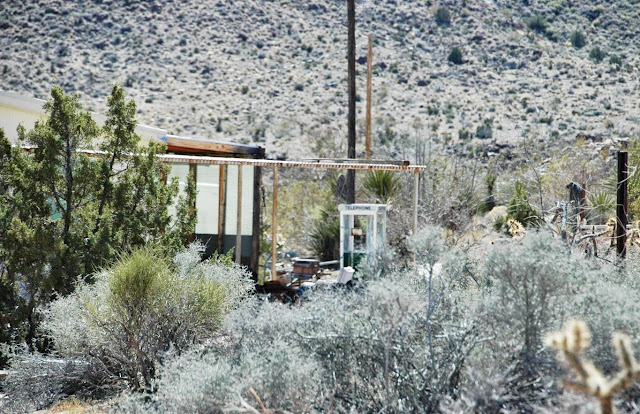 This place was across the street. The phone booth blew my mind. I'm sure it never worked.
---------------------------
I'm not sure if you've heard anything about these crazy thunderstorms in part of the SoCal mountains and deserts on the news, but we are in the middle of it. The closest town to us is Julian and it had flash floods from all the rain washing down from the mountains (where we are). We were surrounded by dirt roads that turned into rivers this afternoon. Our poor cat (that travels with us) would have hidden in the glove box if he could fit in it. Our RV doesn't really have a glove box, but you know what I mean, right?

We've been doing some heavy duty hiking over the last two weeks, to some very interesting places. More on that later...