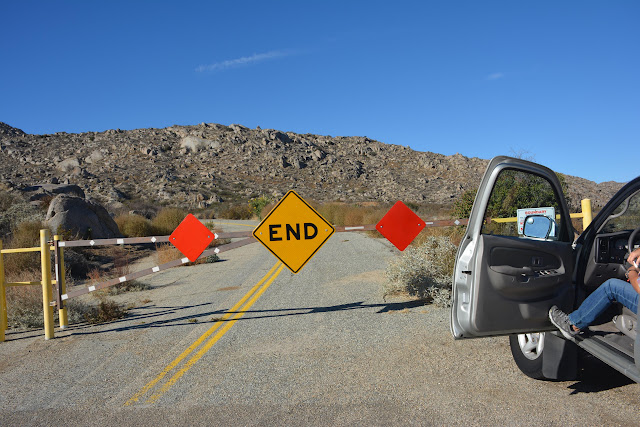 They say you have to start a story with the end in mind. That has no bearing on this post at all, but I thought it would be cool to say it. Sorry... 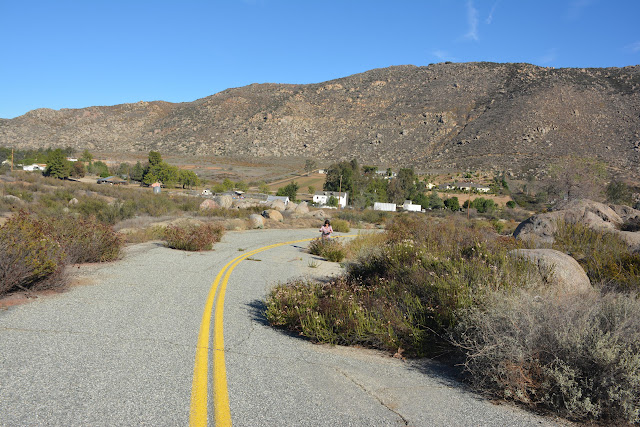 The petroglyph (yes, just one) we were going to see is about 1/2 of a mile up this road. It is a very important piece of prehistory. Not because of what it means, because we have no idea what it means. We are going because it is EXTREMELY unusual. I guess all of this is lost on my wife, because she is lollygagging walking up the hill and taking photos of every little thing that catches her attention. Don't worry, she probably won't even see this post. 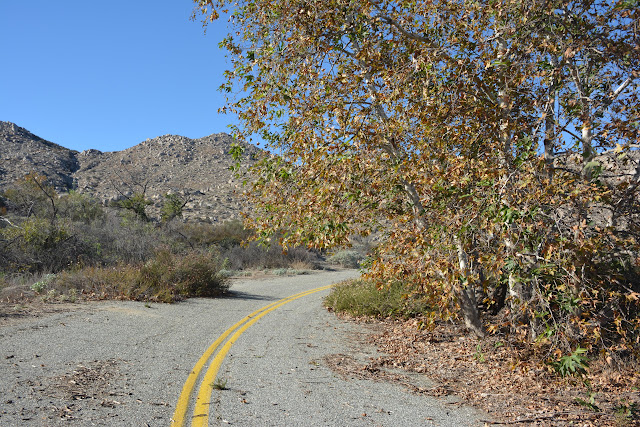 This was a well used back county road at one time. However, it runs very close to the amazing petroglyph we are walking up this hill to see. Rather than subject the site to the traffic and unavoidable vandalism, they CLOSED the road. A simple and effective way to protect the site; the fewer people that see it, the safer it is. Sometimes though, the opposite is true. 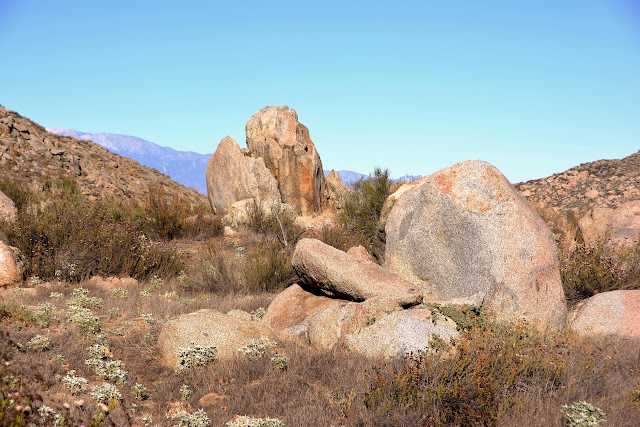 This has nothing to do with the post, but doesn't that boulder in the center look like the head of an eel? It even has a black eye. 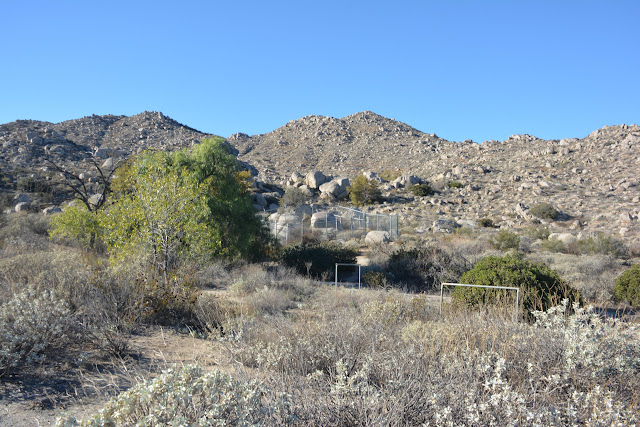 Based on all the fencing around those rocks, that must be the place. 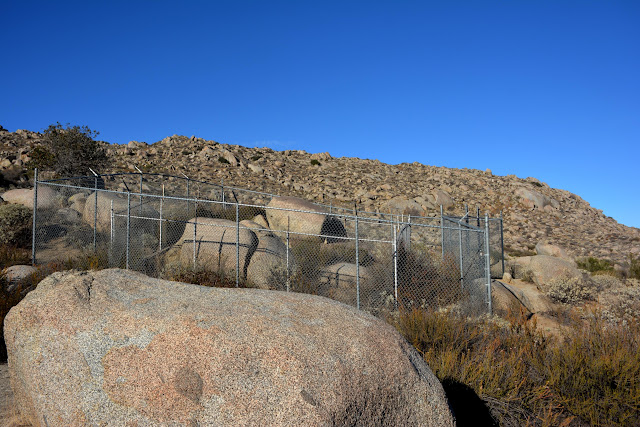 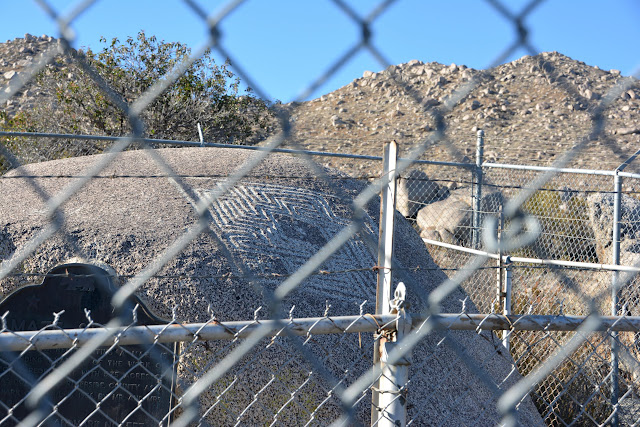 Not just one fence but two! One of them is even topped with barbed wire. 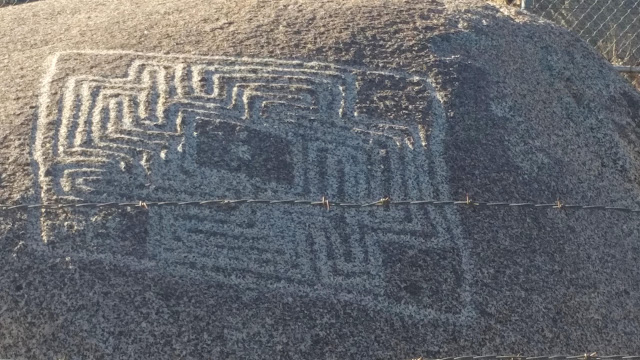 So hard to get a good photo without the fence screwing it up. 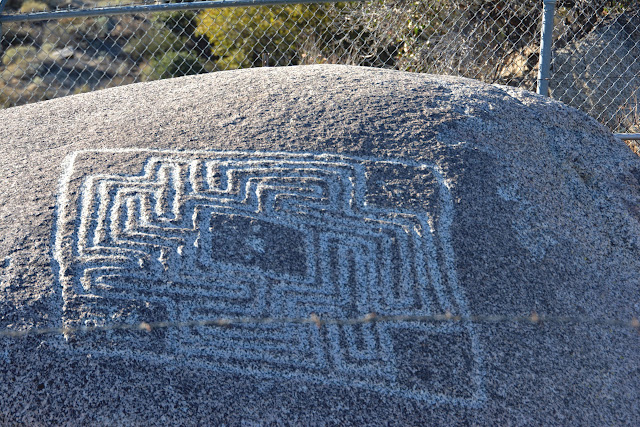 Finally, I my wife climbed up the fence enough to get a good photo. You can now see why they call it the Hemet Maze Stone. Maze, because it's a maze, and Hemet Maze, because it is outside of the town of Hemet. The one and ONLY bit of vandalism is visible in this photo. It's hard to see, but in the lower left hand corner, somebody scratched in a swastika. If I had a drone, you'd get a better view of what I'm talking about. 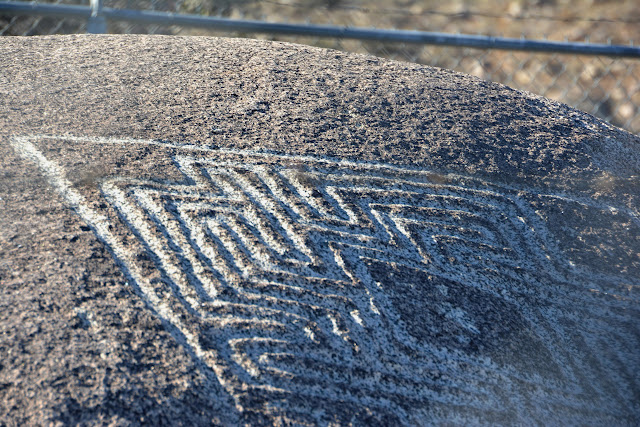 As you can see, this is an amazing piece of work. It is clearly a"maze"ing. 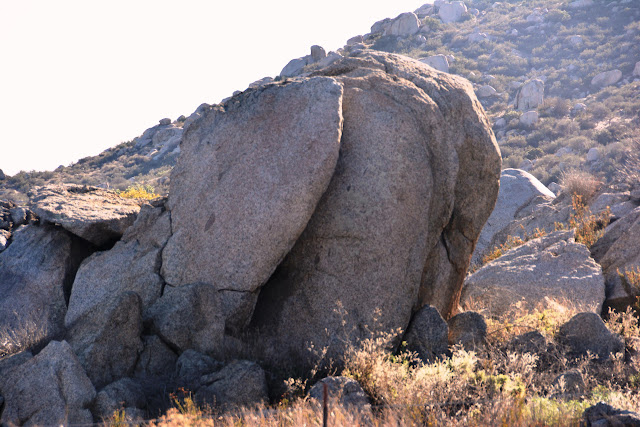 Doesn't this rock look like some kind of a sea mammal, covering it's ears with both flippers?


Here is some actual (but maybe not so accurate) information on the Maze Stone
People much smarter than me, have weighed in with their opinions relating to what this maze actually is, and when it was created. Some of those opinions area:


There are many other "maze" stones in the American southwest (and very few anywhere else), and this one seems to be the most intricate. I think it would be pretty cool if it was created by ancient Buddhists or Cascadians, but it was most likely the Cahuilla, or Luiseno tribes who deserve the credit.