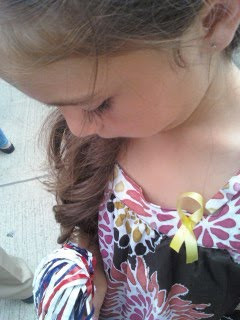 Posted by Pat Tillett at 5:01 PM No comments:

Tiger Woods and the “Fourth Estate” 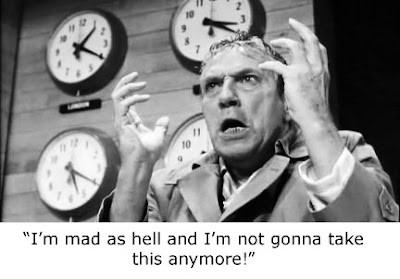 Thomas Carlyle, a famous English historian popularized the phrase “the fourth estate“ about 150 years ago. The phrase is used in reference to the media. Of course in his day the media consisted only of newspapers. The first 3 estates were represented in Parliament by the King, the House of Lords (upper house), and the House of Commons (lower house). Although the first three estates were very powerful, they were by far eclipsed in power by the “fourth estate.”

Is there any doubt that the same is true today? When the press is fixated on good things, good things just might happen. When they are fixated on the negative, bad things always happen.

Of course we understand why they are usually fixated on the negative. It’s because “good news is not good news.” I can come up with many examples of this premise in action. And I will. That’s much too easy a challenge. Can’t we all come up with the names of celebrities and politicians who’s careers have been ruined due to the relentless “investigative journalism” of the media for transgressions that are incredibly common place today? And doesn’t the transgression usually involve some type of marital infidelity. And doesn’t the media usually pay somebody well for admitting they were involved in the marital infidelity? Or to be more to the point…doesn’t the media pay somebody well to admit that they are a home wrecking whore?

Okay, after yesterday’s revelations this subject is getting beaten to death. As is Tiger Woods in effigy. I started this tirade as simply a comment on my daughter’s blog. But the more I thought about it the more I realized I had much to say about the subject. This is going to be a long one! So either sit back and relax and read it, or exit. No difference to me because I’m just venting! My daughter titled her blog entry “Are you REALLY that surprised?”

Cheating on your spouse is wrong, that’s a given. People do it everyday, that’s also a given. It was bad, it was dishonest, and it totally sucks. Even an atheist would agree with that.

What amazes me the most is what the news media does when there is no "new" major stories to report. They resort to GOSSIP! Isn’t there enough gossip on television already? Aren’t there enough shows like TMZ, Extra, and a dozen others to cover this subject? The answer is yes, of course. But if you’ve listened to the news the last couple of days, on the radio or TV, the ONLY subject being discussed in depth relates to Tiger Woods. That is also true on sports talk stations. Seriously, does this story have anything to do with sports? The Tiger Woods story probably even prevented us from seeing the daily “high speed police pursuit!” I bet a lot of people are pissed!

And don’t give me that crap about role models. Generally speaking sports stars, politicians, celebrities, and many televangelists are the worst role models of all. Money, fame, and power are apparently things most people can’t handle.

There’s a small section of the LA Times called “Jurisprudence” that reports the arrests and legal problems of pro and college athletes. It’s amazing! Especially in the NFL and college. Now don’t go racial on me here. That’s not what it’s about! These morons come from all backgrounds.

And why oh why don't these no common-sense spoiled brat idiots have the self control not to have their heads turned by a trollop serving them food or drinks in a restaurant or bar? And why don’t they know by now that the odds of this trollop trying to parlay their “affair” into money or 15 minutes of fame are extremely high?

More? Why do actors of both sexes seem to have to marry every co-star of the opposite sex they work with? Aren’t they embarrassed? And don’t they realize that they too will be dumped or cheated on after the next movie? Album? Sports contract? Election? Etc?

The major subject on every newscast, every night, has got to be the war and the economy. We are spending BILLIONS of dollars that we don’t have on the war, and it’s sinking us. Did you know we are rapidly approaching a TRILLION dollars spent in Iraq and Afghanistan? Go ahead and blame the housing market if you want, but please realize that a trillion dollars is a thousand billions…Can you really even wrap your mind around that number?

I’m not saying where I stand on the war (I will if you want me to), but I know a lot of people don’t have a pot to piss in domestically, and social security is about to go belly up, but we seem to have enough to spend elsewhere. What the?

Do you know how much of our gross national product we spend on foreign aid and UN related projects?  Did you know that 70% of the government's incoming tax revenues are already spent before they can decide what to do with it?  Did you know we've spent a trillion dollars in Iraq and Afghanistan?  Did you know that civilian US contractors have made billions in Iraq?

But rather than report the reality of our world. The ”fourth estate” resorts to Gossip because it gets higher ratings!

Okay now that I have that out of the way:
Do you think Tiger’s injuries were caused by the wreck or by his wife trying to beat the hell out of him with a golf club?  I've got to know!

If nothing I've said in the first 90 percent of this entry convinces you of the power of the media, the statement I just made should…

Okay, I know I got way off of my original train of thought here but I sure feel better!
Posted by Pat Tillett at 9:15 PM 4 comments: