No one really knows when people first arrived in this part of the country, but throughout the ages several groups have called it home. In order, the known groups are Early Hunter/Gatherers, Desert Archaic, Ancestral Puebloan (aka Anasazi), and Paiute. They have all left their marks here. Most of the petroglyphs shown below were thought to have been created by the Ancestral Puebloans as early as 2,000 years ago. As with most of these places, all of what I just said can't really be attributed to exact time periods.

These petroglyphs are located in a little neighborhood park, but it's really just a small area set aside to preserve them. In some of the photos you can see some of the houses. I'm happy to report that we saw very little vandalism.

I'm glad the site is somewhat protected, but was surprised that they would allow structures to be built so close to it at all. A while later I was REALLY surprised to learn that there are also petroglyphs boulders in people's back yards!  When I say surprised, I don't mean it in a good way. It makes me wonder how much history was bulldozed to "develop" this area. It didn't take long for me to find out that many things were destroyed. Have I ever mentioned that I really dislike developers? I'll jump off my soap box now. On with the petroglyphs! 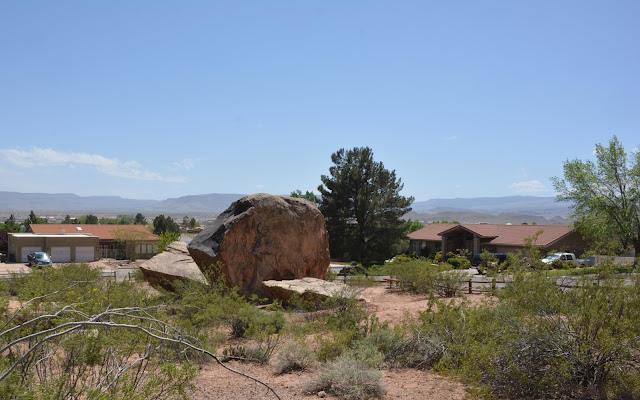 The petros are on those large rocks in the middle of the park. The house to the right is currently for sale. I thought it would be cool to live right across the street. Then reality hit me. There is always some grizzly old guy in the neighborhood chasing kids off his lawn. That guy would most certainly be me. Of course there aren't any lawns here, so I'm sure I'd be obsessed with protecting the petros instead. 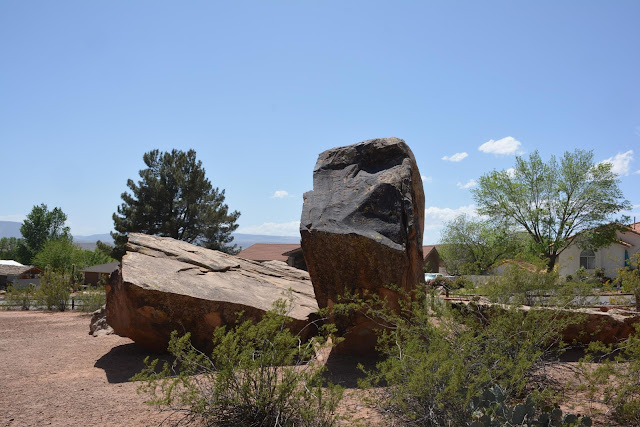 It must have been quite a sight to see that large rock split in half. 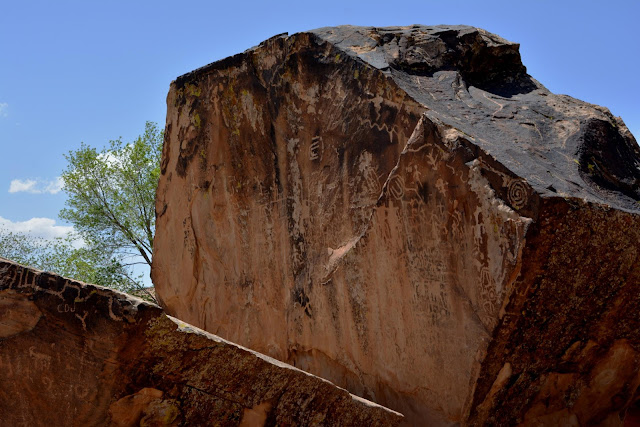 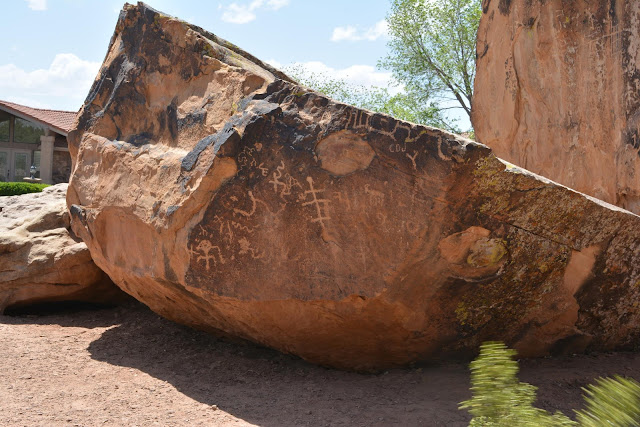 Based on the angle of the petros on the front rock, It must have split a very long time ago. 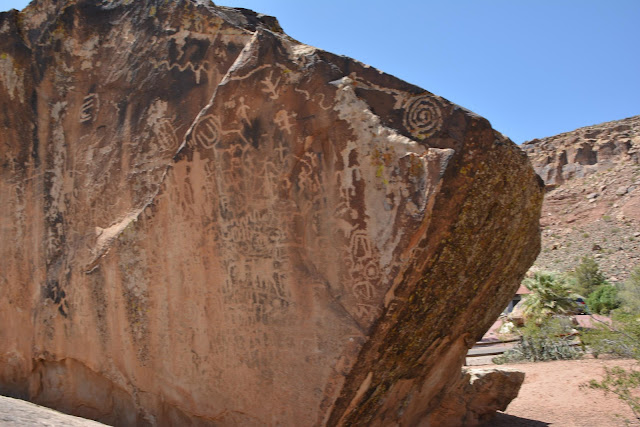 It looks like there are at least two layers of petros in some spots. 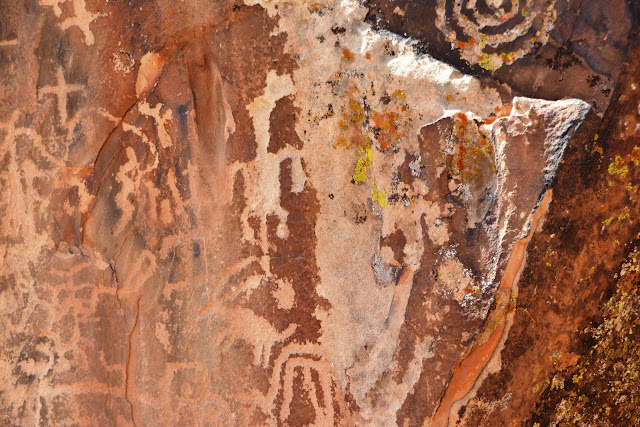 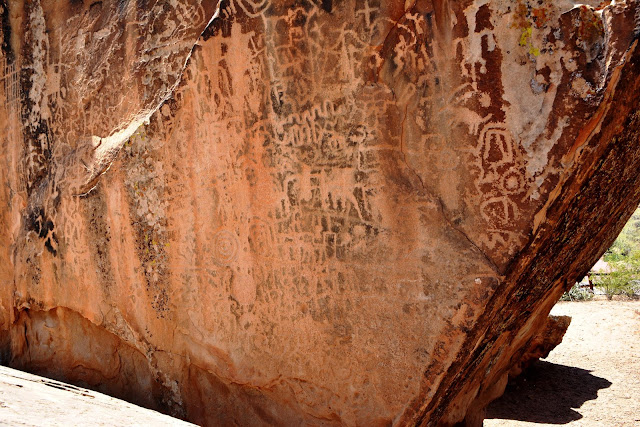 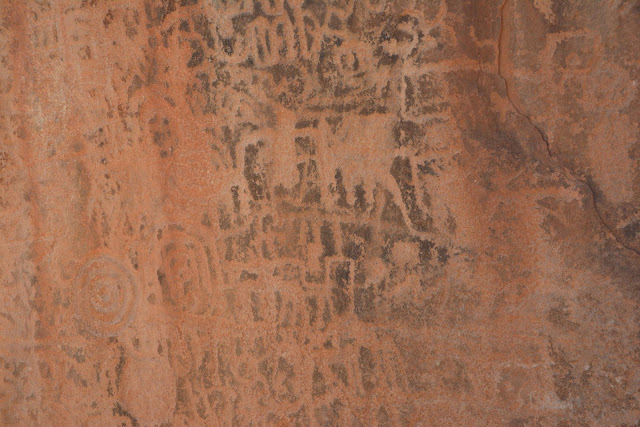 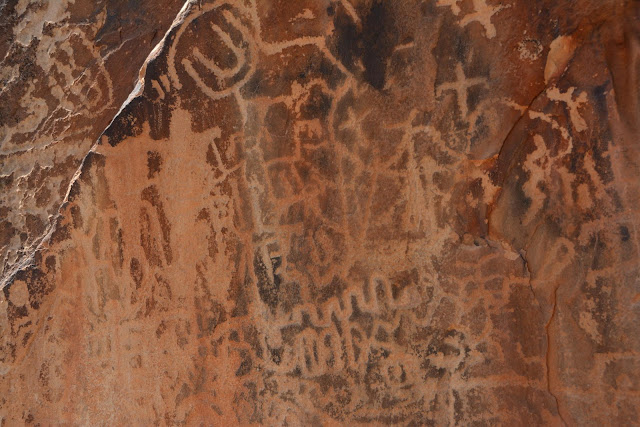 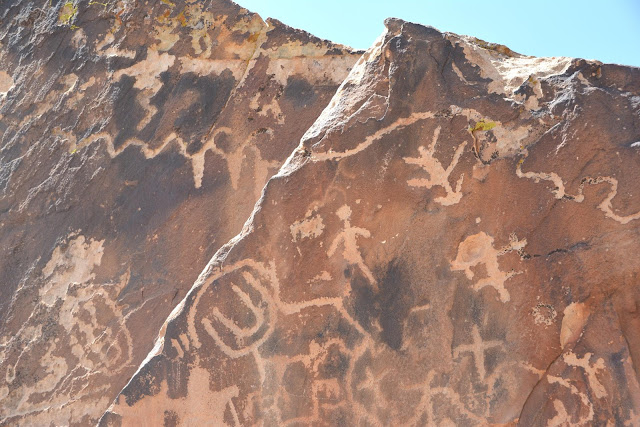 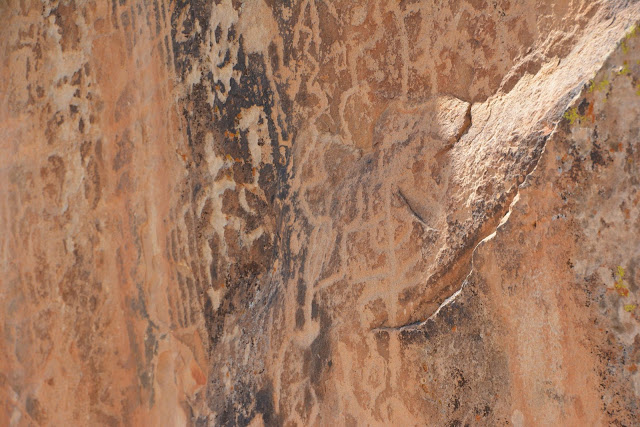 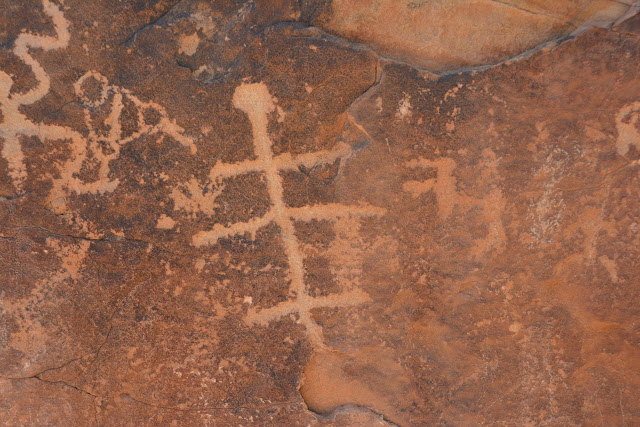 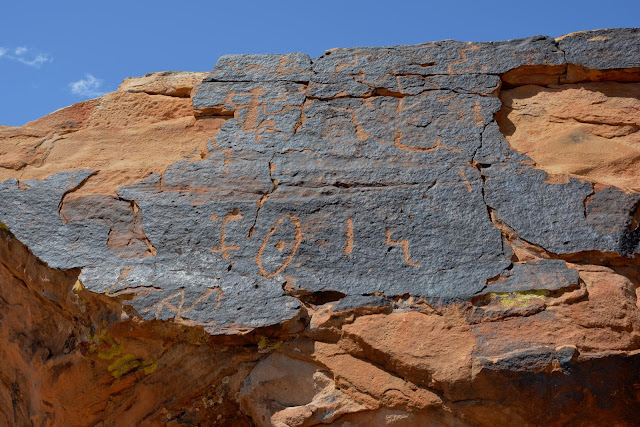 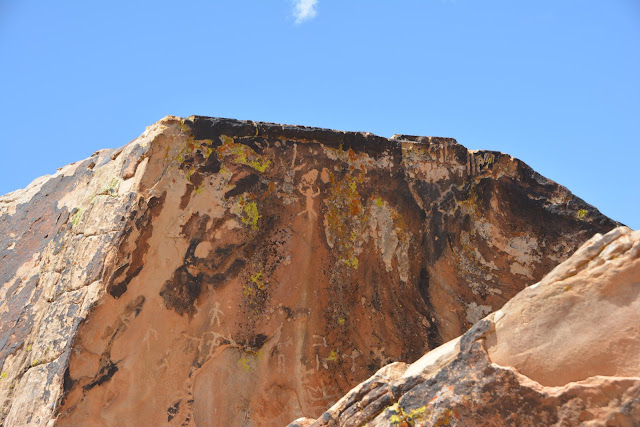 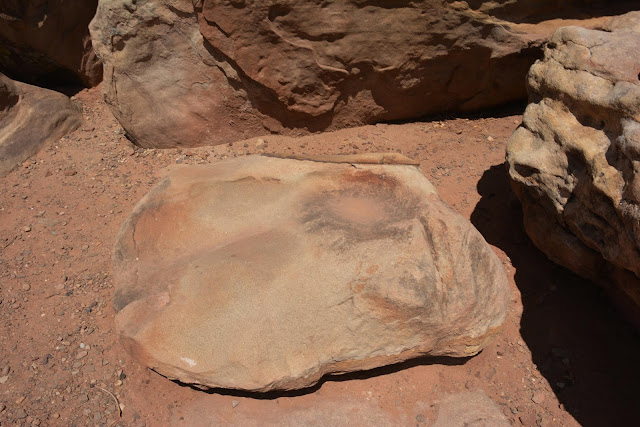 The presence of a grinding surfaces tells us that this area was also used for some type of habitation. Maybe a seasonal, or temporary camp, or maybe even a village. We will never know what else was in the area. 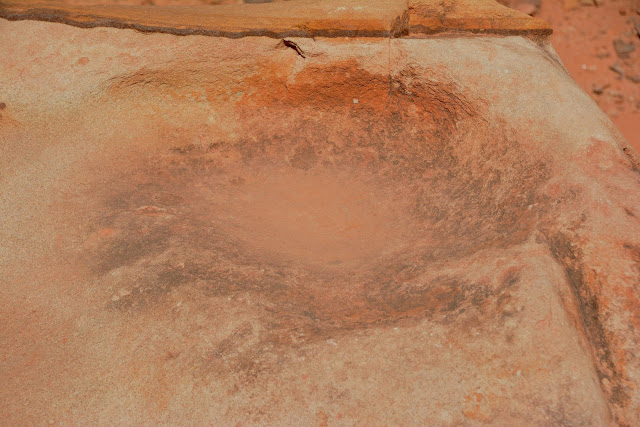 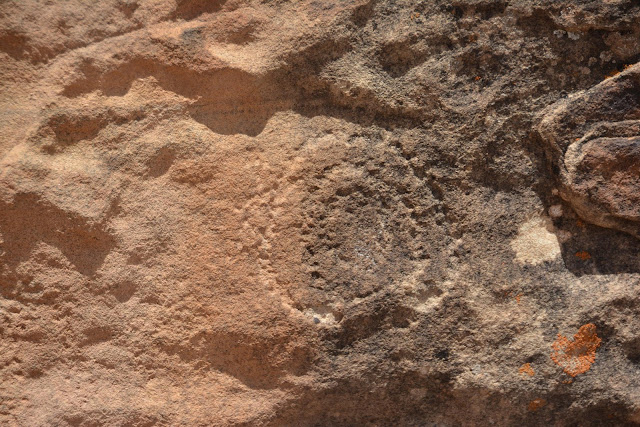 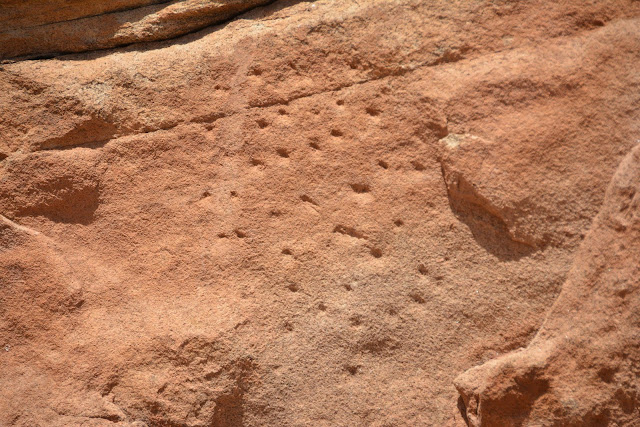 These little depressions are known as "cupules" and considered by many to be a very early form of petroglyphs. 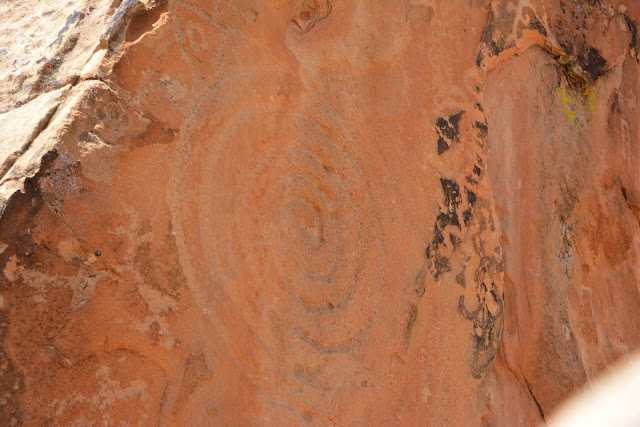 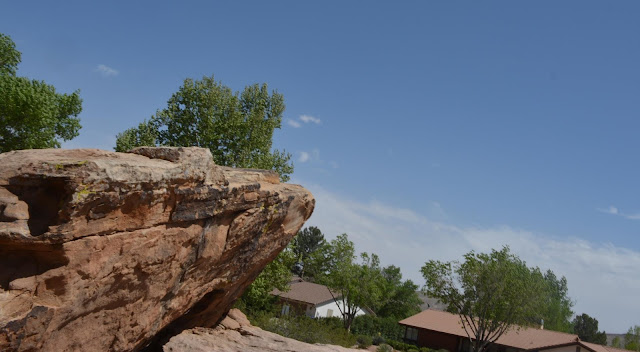 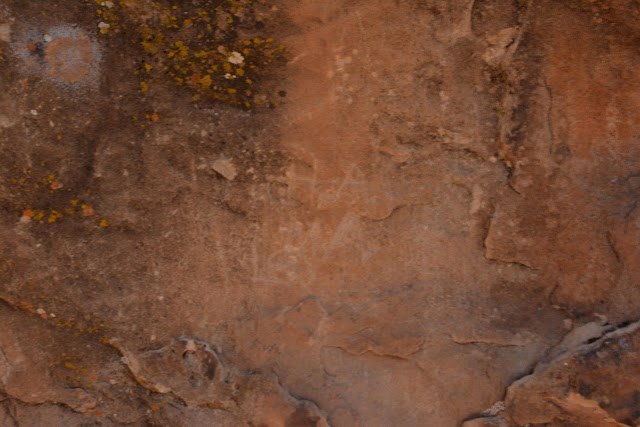 Graffiti mixed with some petros 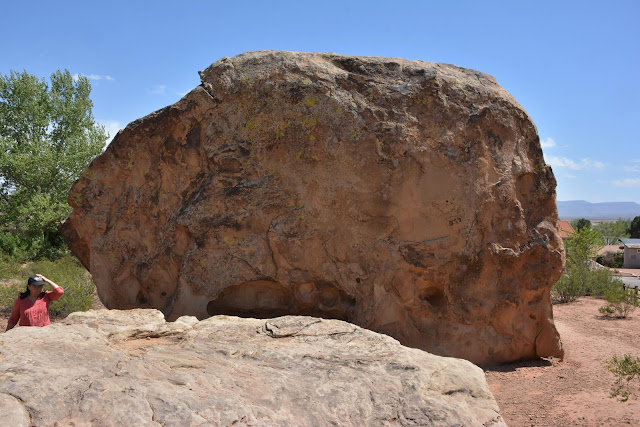 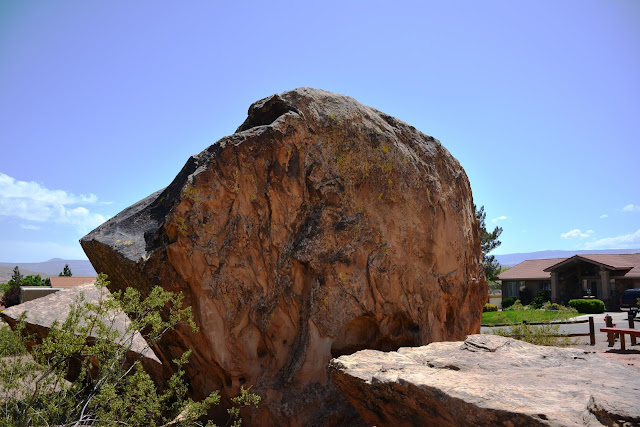 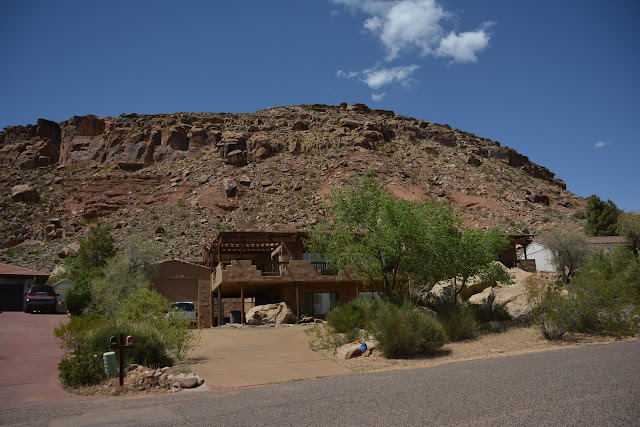 Although we were just in this area a short while ago, I'm chomping on the bit to go back. There is much to see and do.