On this day (last August), my goal was to hike to the long abandoned Stonewall gold mine and the remains of Cuyamaca City. We were camped about seven miles from the mine.

The Hike
Instead of taking the road that led directly to the mine, I wanted to approach the area from the backside and only drove my car part way. That left me with about a four-mile round trip hike. 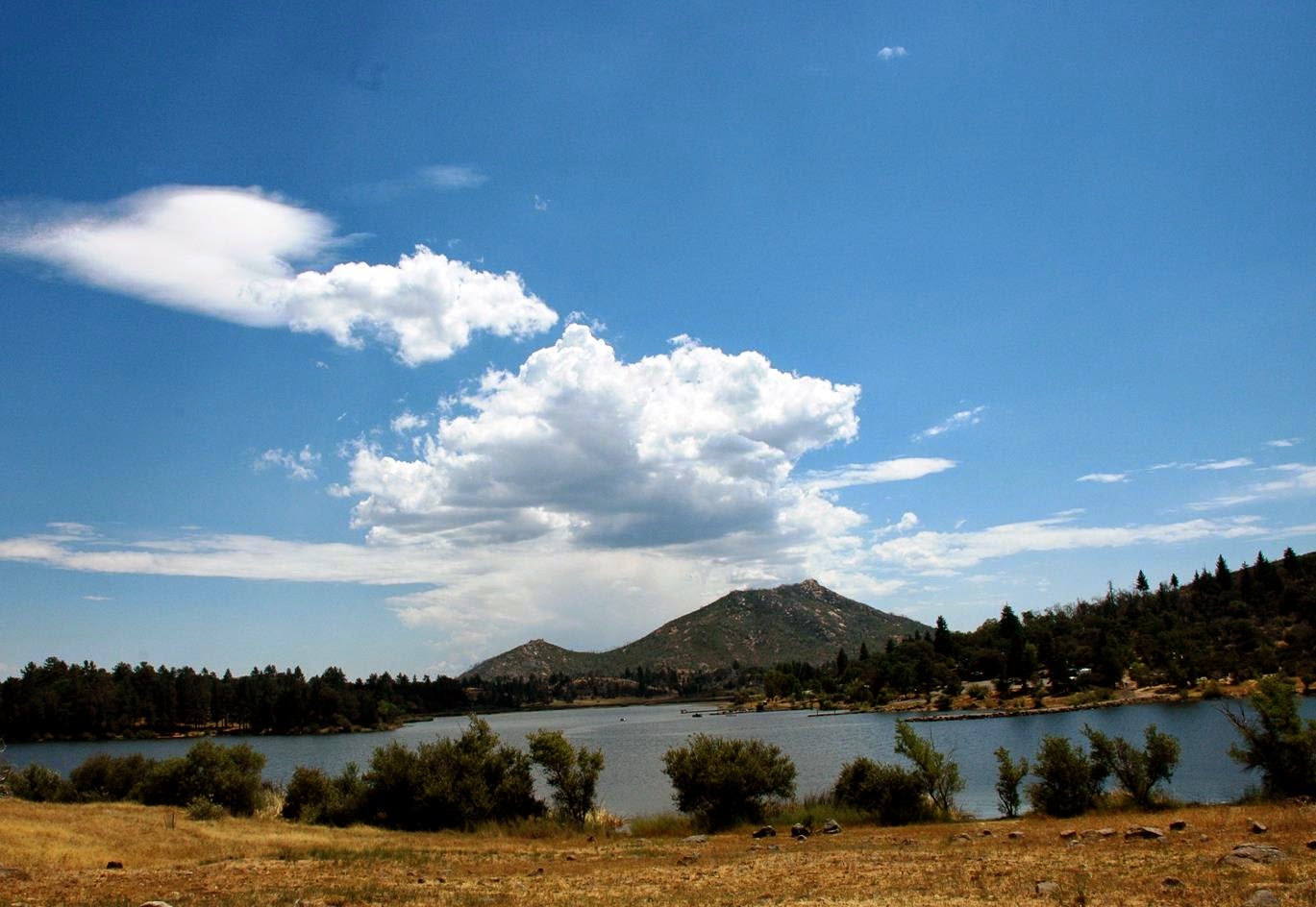 While there, I decided to hike around beautiful Lake Cuyamaca. That added a a couple of miles to my jaunt. I have no idea how much more was added during my search, for any remains of the mining camp (Cuyamaca City). In the background are Stonewall Peak and Little Stonewall Peak. 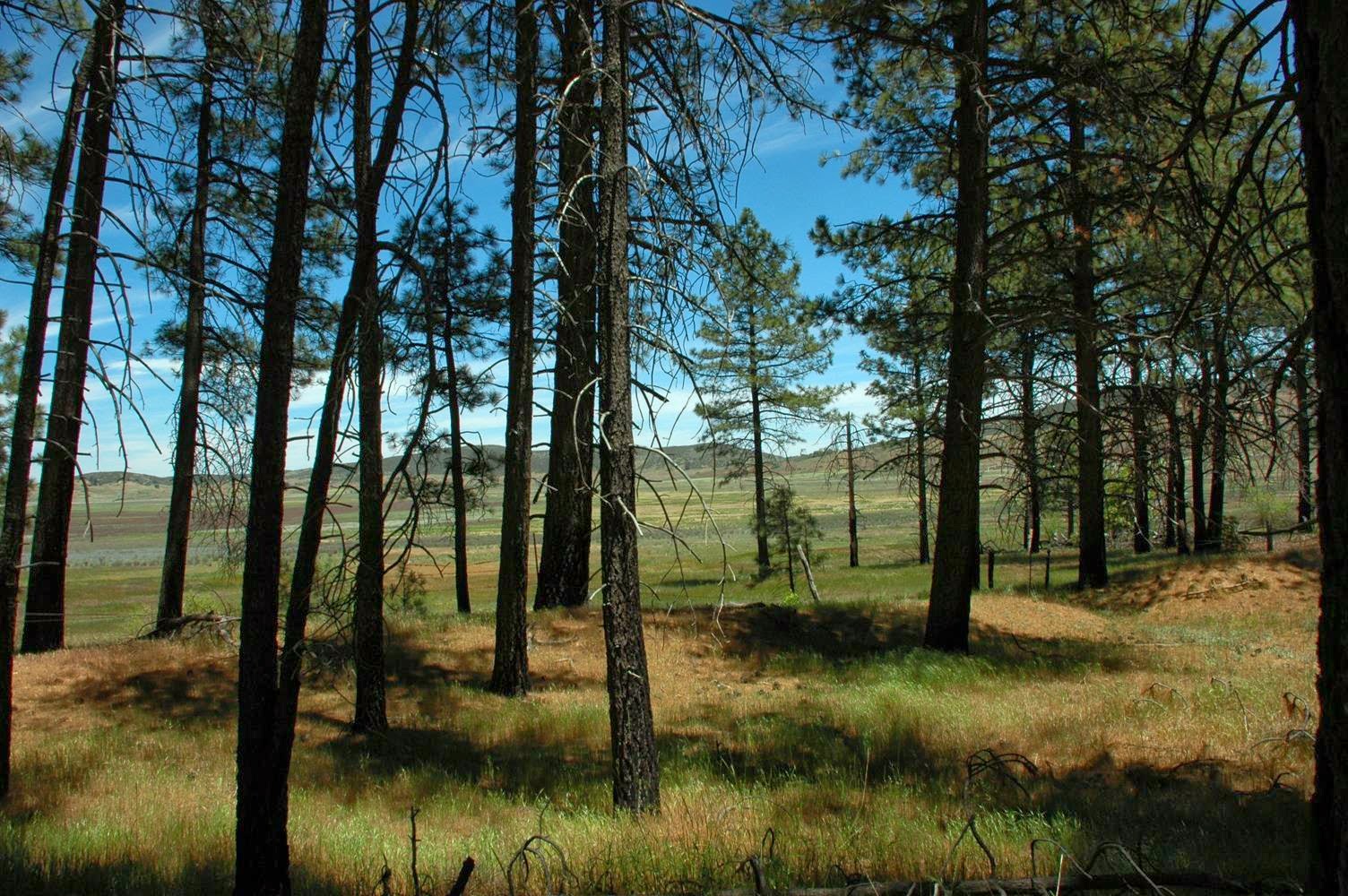 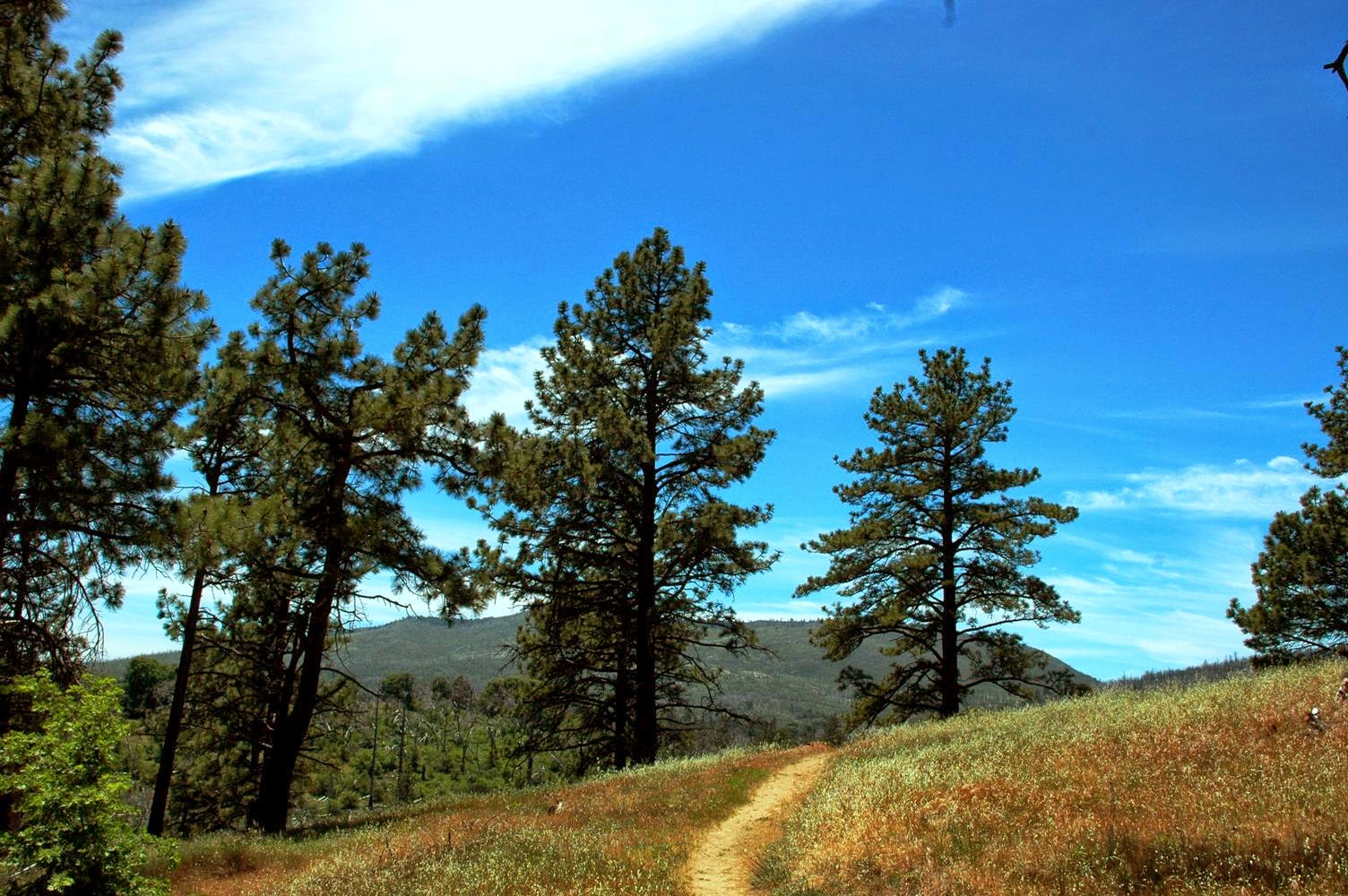 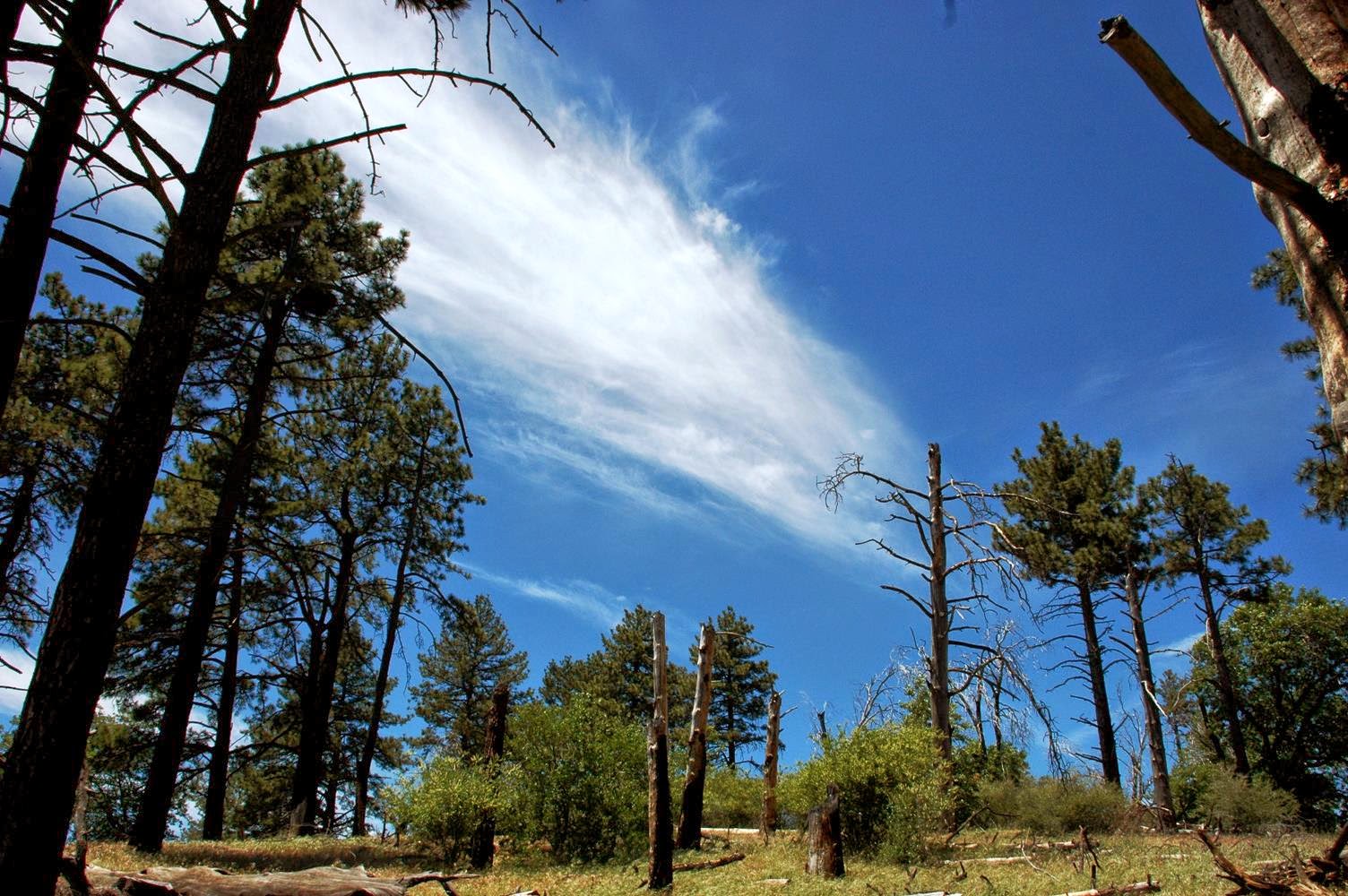 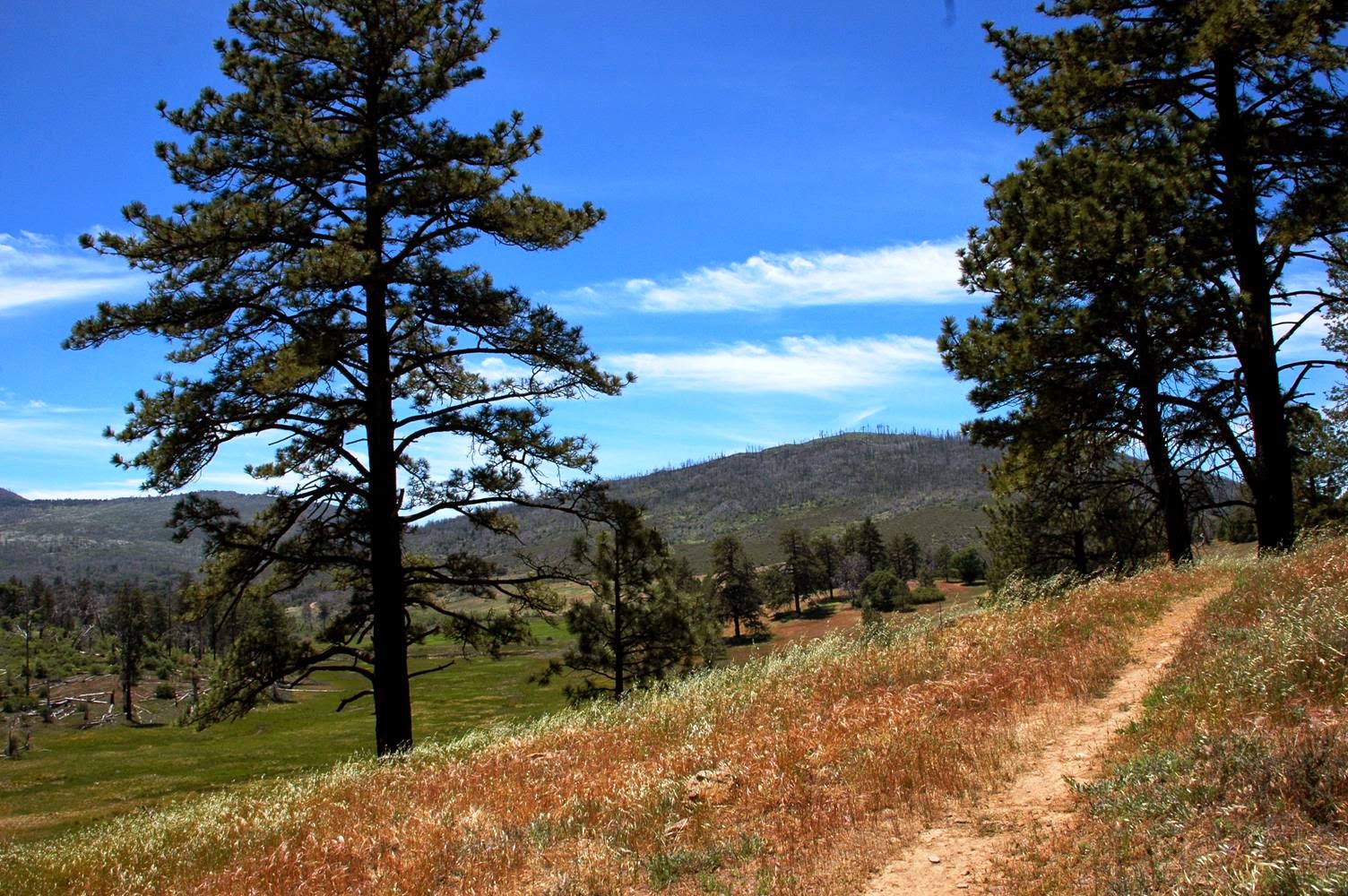 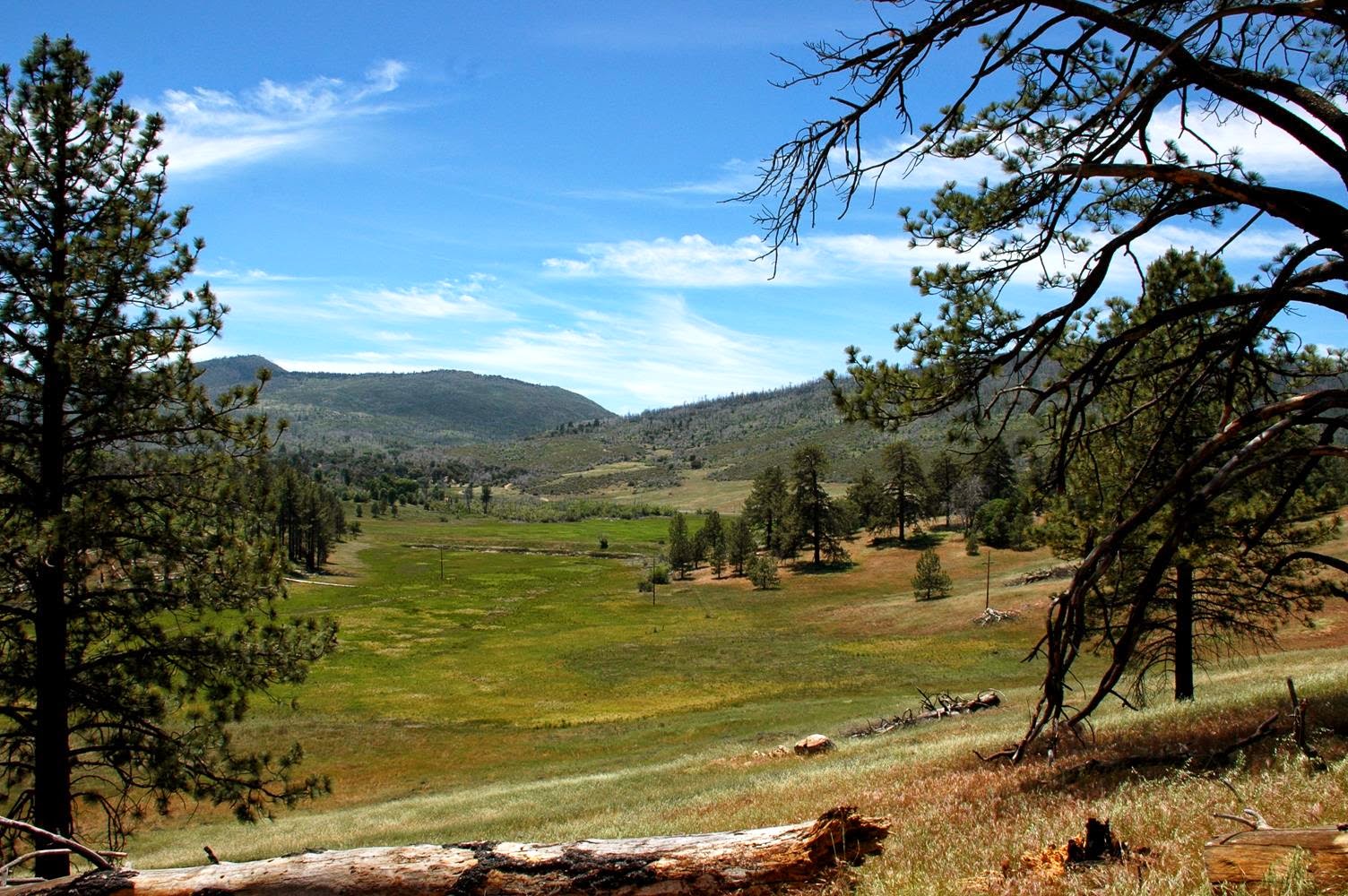 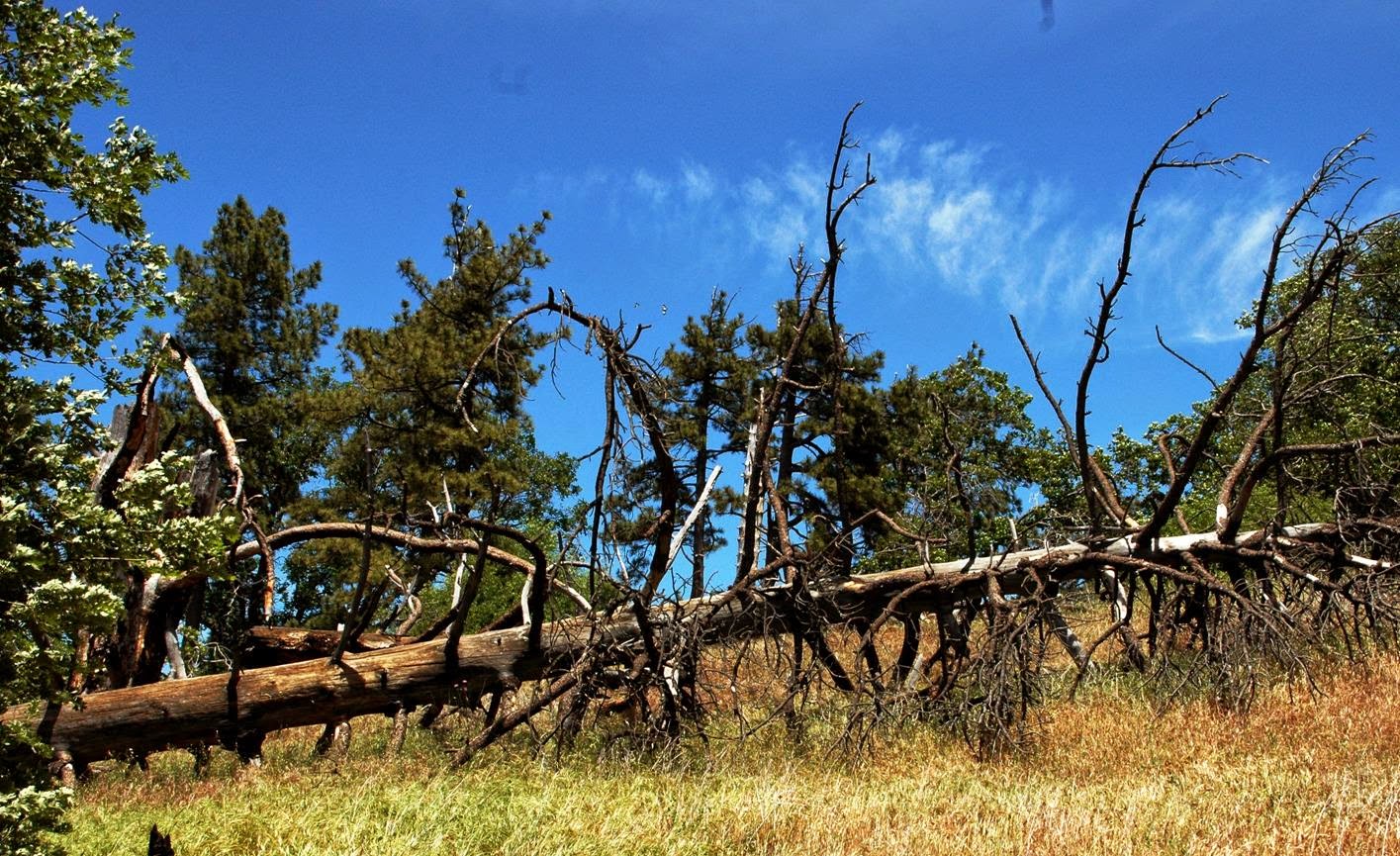 The Mine
The Stonewall Jackson mine was established in 1870. For post-civil war political reasons, the Jackson portion of the name was dropped.  It is said to have been the most lucrative gold mine in Southern California history and started a local gold rush. 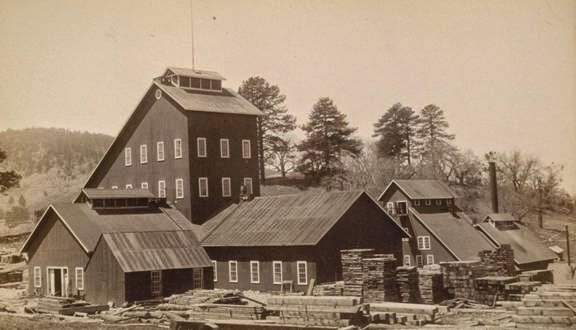 The main shaft and much of the mine equipment was housed in these buildings. 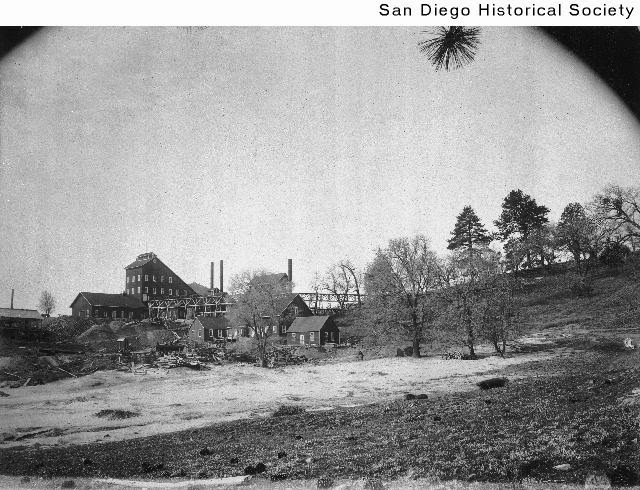 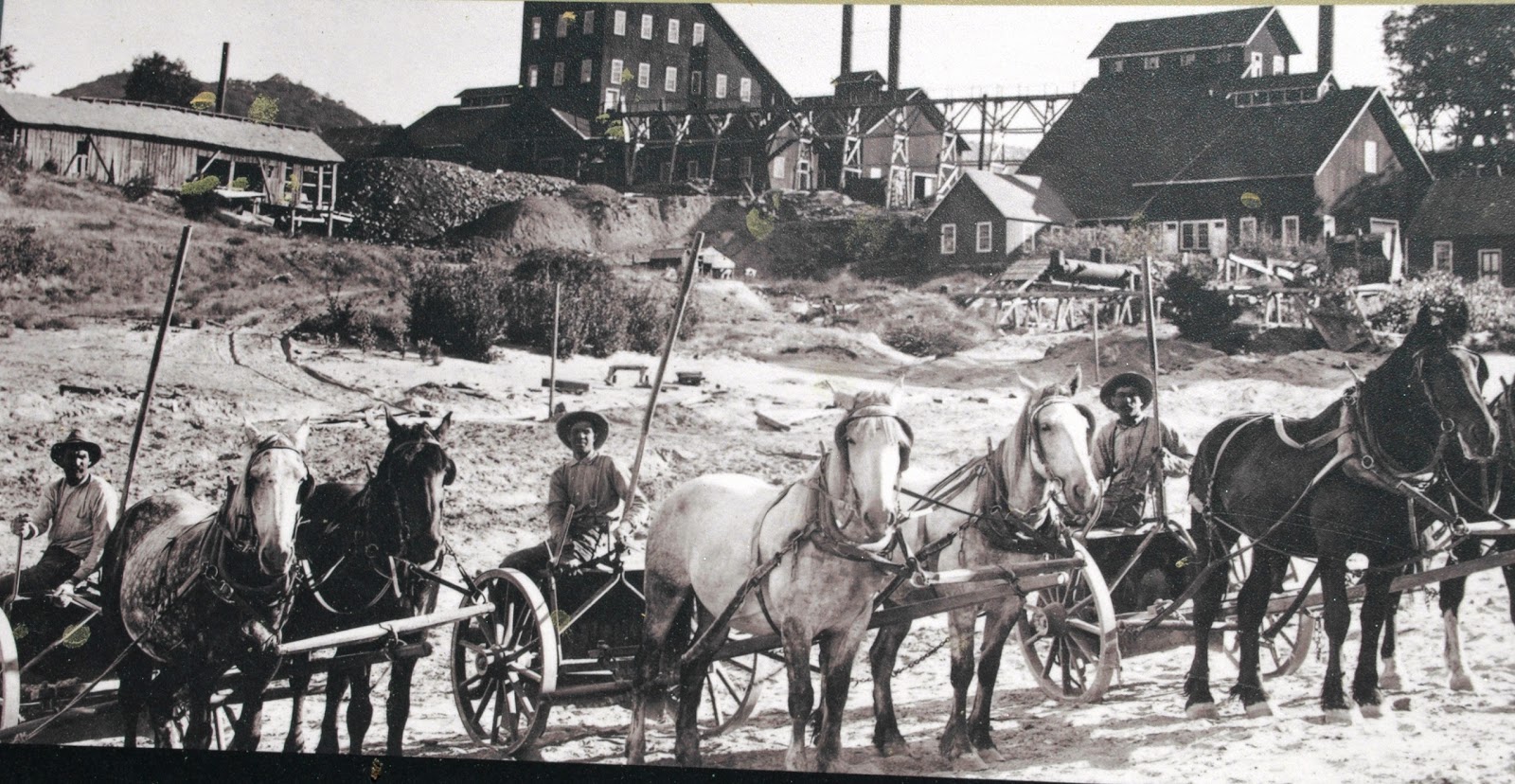 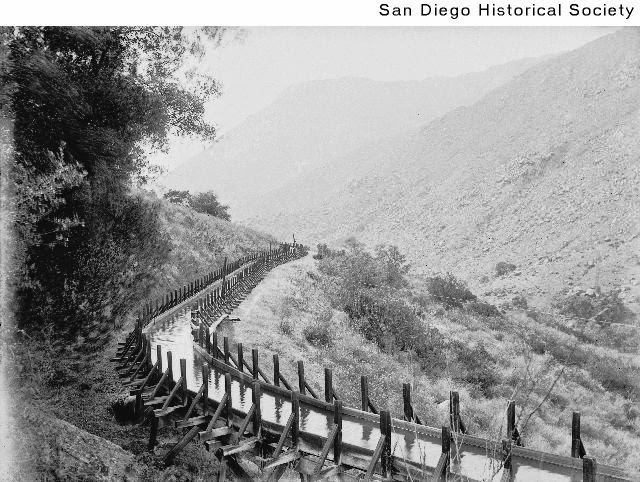 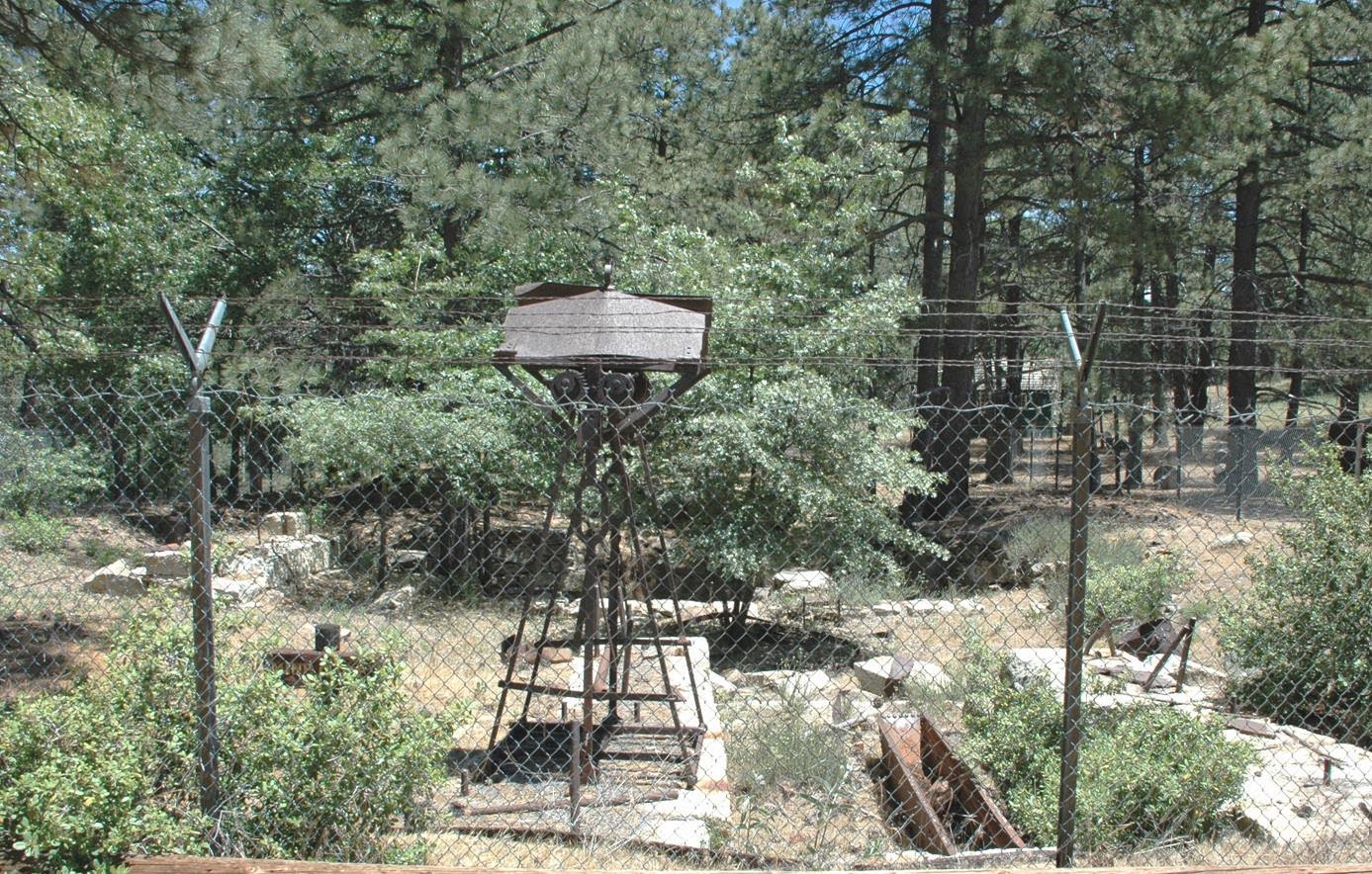 A few random pieces of mine equipment 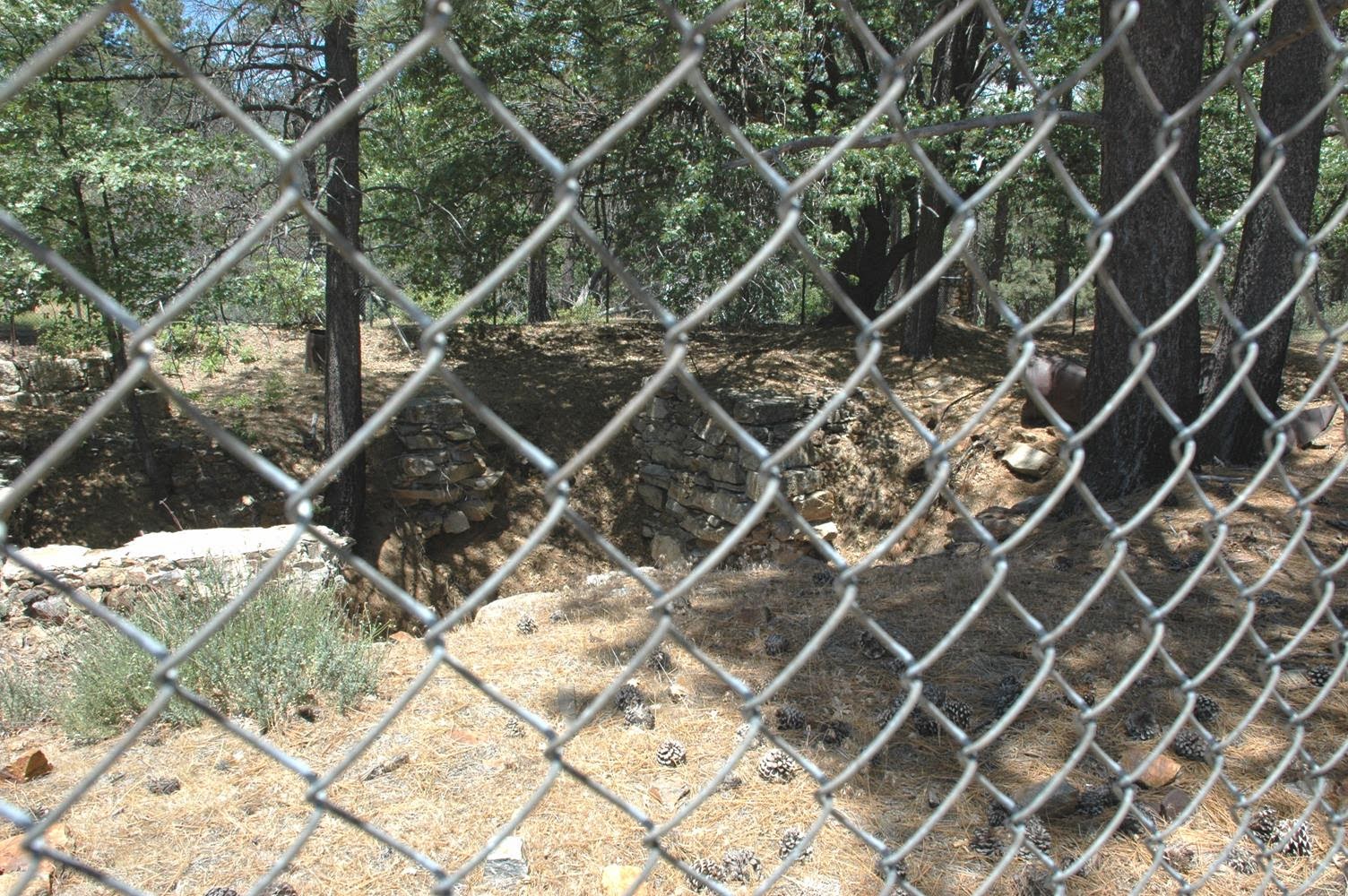 The tall main building (the hoist house) was directly over this shaft. Not a trace of it remains. There is nothing left of any of the other buildings either.  The mine ceased operations in 1890. In many places, mines are simply abandoned; that isn't exactly the case here. It is said that most of the lumber was reused in the town of Julian.

The Town
The town (or mining camp) was first called Stonewall, then Stratton and eventually Cuyamaca City. At one point Cuyamaca City had a population of about 500 people.  There was a post office, housing for mine workers and their families, a school and a boarding house/hotel.  I'd been to the mine before (by car) and knew what to expect there. This hike was to see what remained of the town. I had heard there were foundations and even a couple of old structures still there. What I found was just about nothing. All of it had been damaged in past wildfires and then totally destroyed in the massive Cedar Fire of 2003. I SURE WISH SOMEBODY HAD TOLD ME ABOUT THAT AHEAD OF TIME!
--------------------------
We were in this area again for the last several days. I will do another post with some better photos and a surprise find very soon.