Although this post is about a small and obscure petroglyph site, most of the photos relate to the scenery instead. 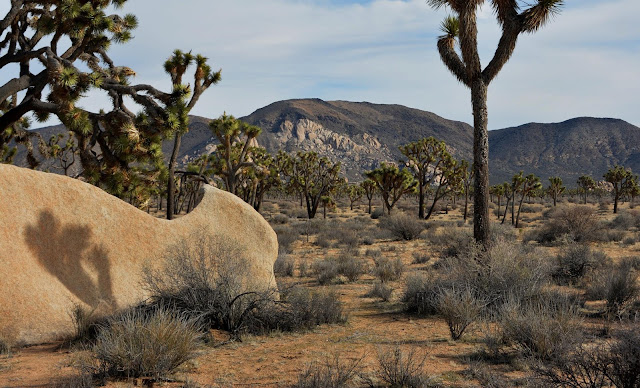 The general area is called Lost Horse Valley. I'll pipe down now, hope you enjoy the rest of the photos. 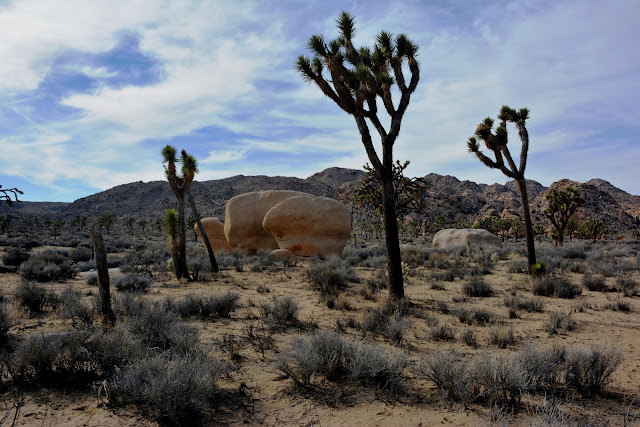 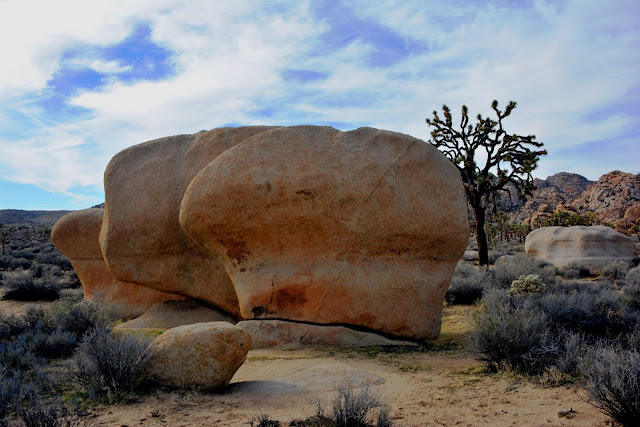 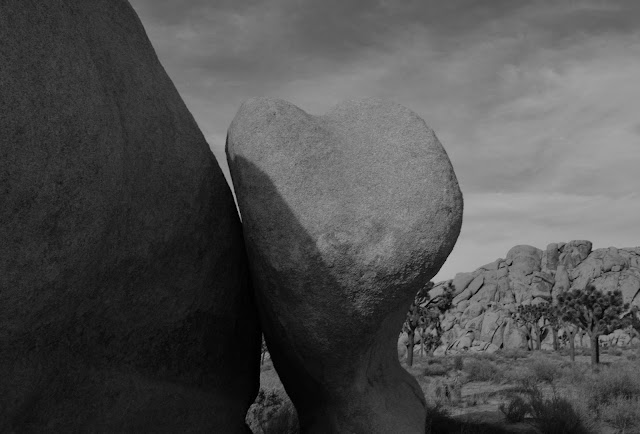 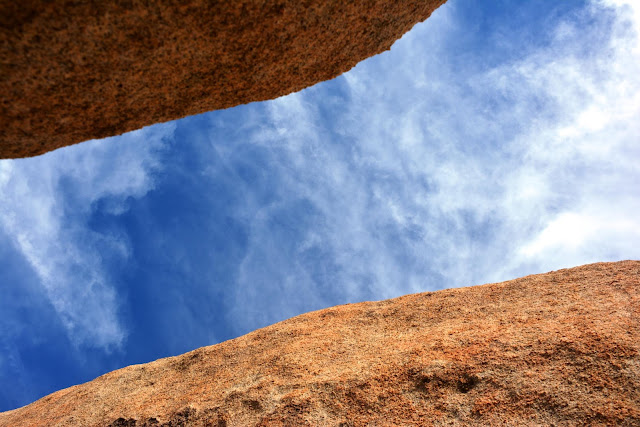 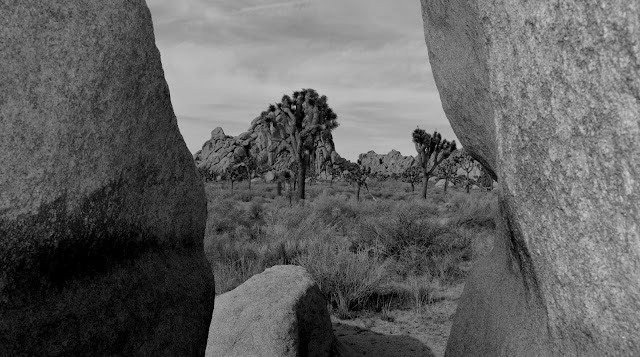 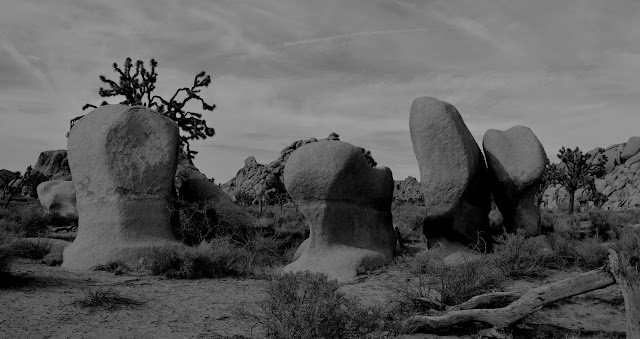 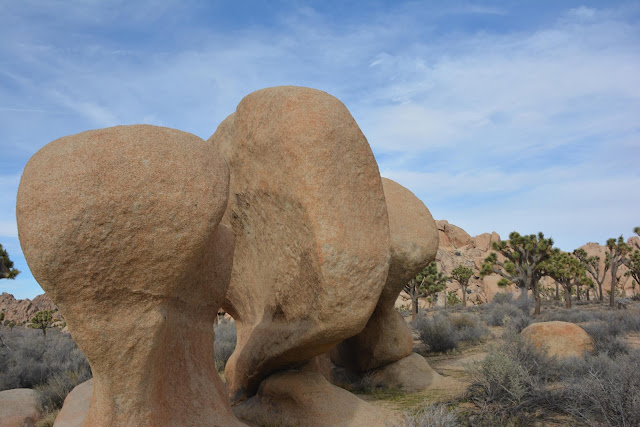 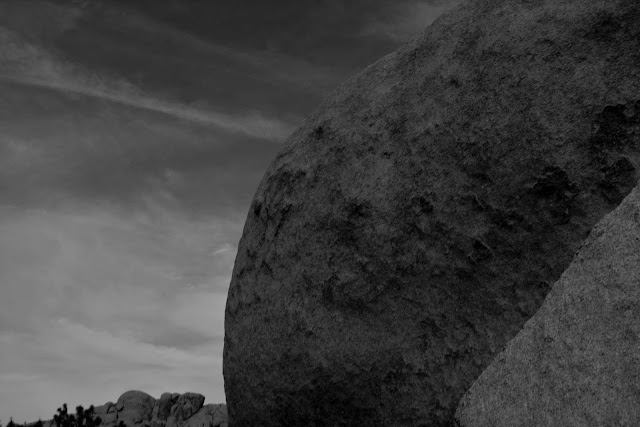 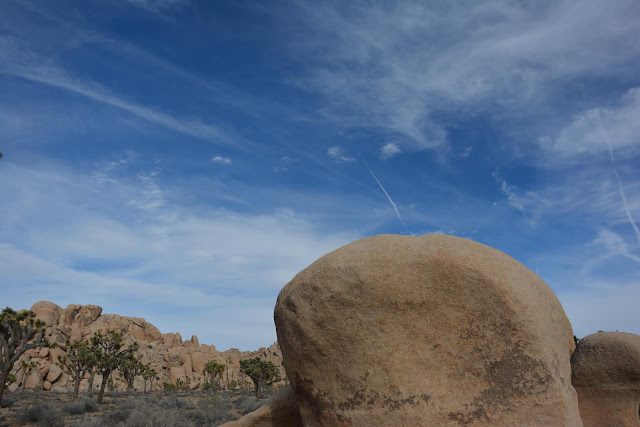 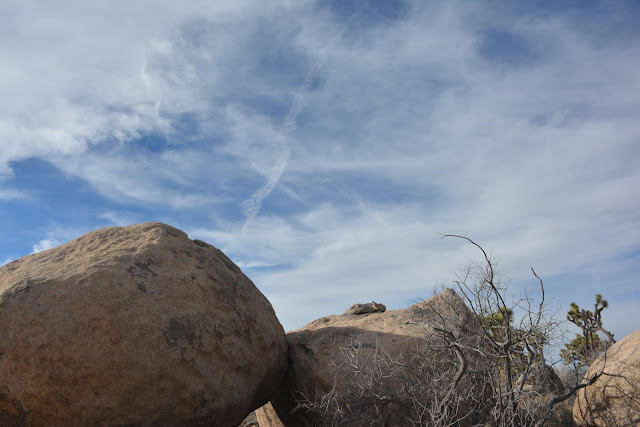 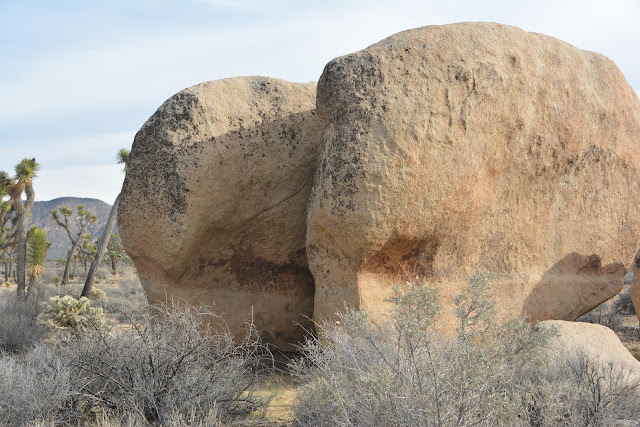 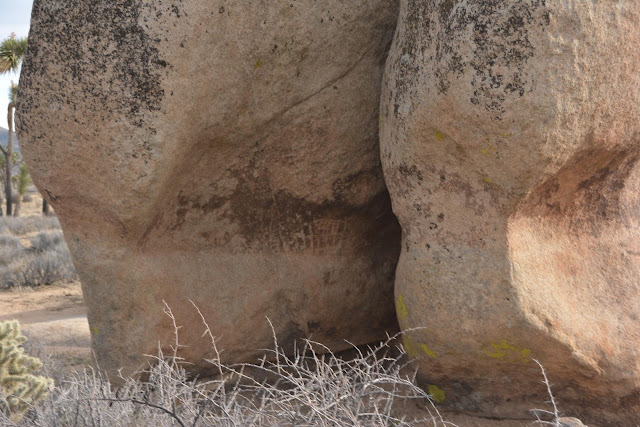 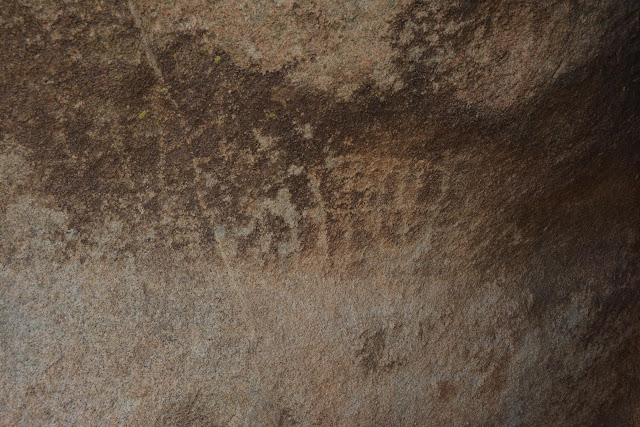 It's not much of a petroglyph panel, but I love it just the same.

This very interesting petroglyph sits in Bernasconi Pass in Riverside County. It has not been dated, but Indians have been in this area for thousands of years.  Luiseno creation lore says that the symbols on this rock represents Tukmit (the first man) and Tomayowit (the first woman). When the hollow part on top of the rock fills with water, it flows from one depression into another representing the male, and then into the lower representing the female. Then it flows through the female symbol to the ground. This is how the people, the land, the plants, and animals were created.

Following creation, their first born children were sent to the four corners of the of the earth. Tomayowit lay down and become the Earth Mother. Tukmit rose above it all to become Father Sky.

Although information relating to most petroglyphs no longer exits, it is fantastic that we still have sites like this one. This spot is included in a no trespassing zone adjacent to a dam, and I was fortunate to be allowed to see it. The stone was moved down the pass to this spot about 60 years ago to save it from seemingly ever present bulldozers. 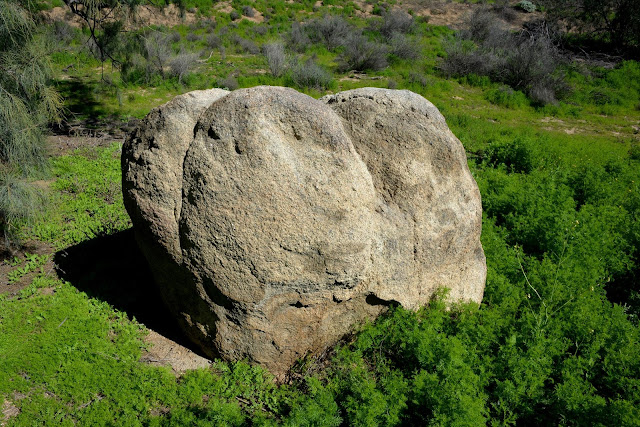 The back side gives no clues. 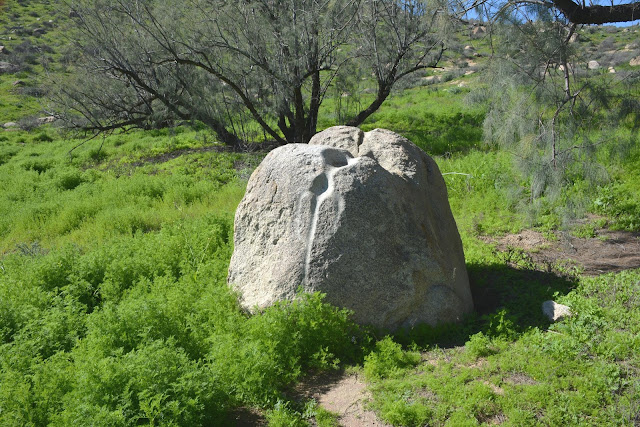 A view of the symbols. 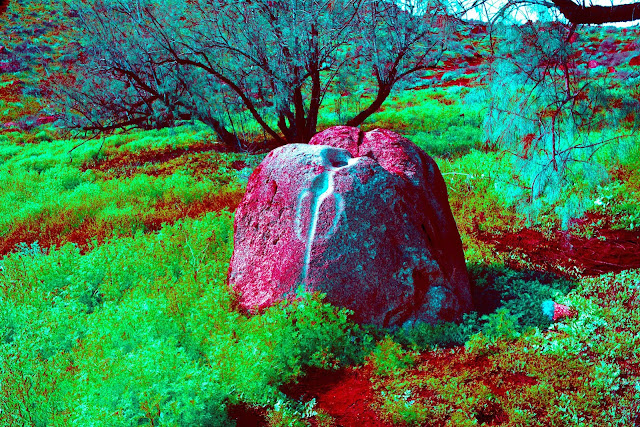 I used DStretch only to highlight the symbols. You can more clearly see the path of the water passing from the male through the female symbol (yoni). 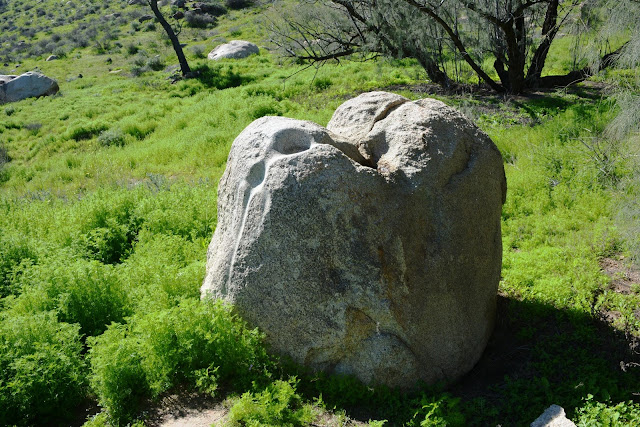 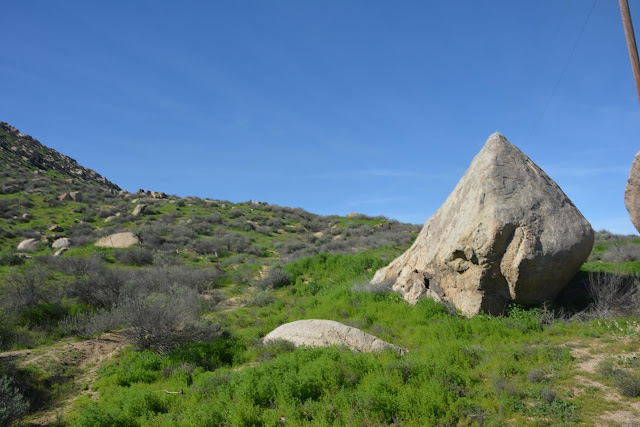