Dragon of the Stars by Alex J. Cavanaugh

I rarely use my blog to pitch things for people. However, I have no qualms about doing it on my own, for Alex Cavanaugh. Alex is a friend, a great guy, and one heck of a writer. Dragon of the Stars is his fourth science fiction book and is currently available for pre-order. The official release date is April 7, 2015. You can find a little bit about this book below and more on Alex's website. If I had a choice between reader comments on this post and selling a few books for Alex, I'll go for the books! If you like science fiction, you won't be disappointed. 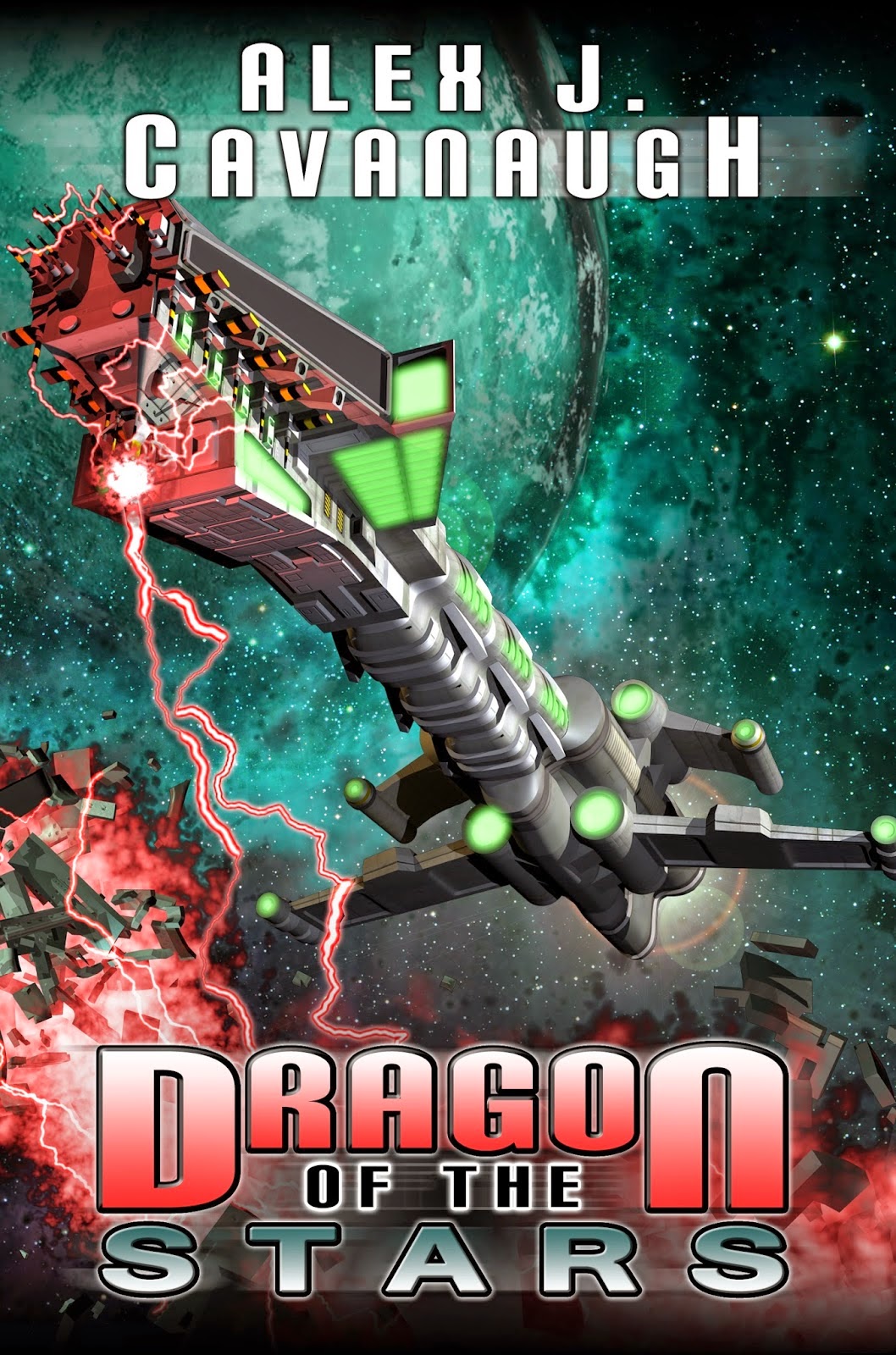 Dragon of the Stars
By Alex J. Cavanaugh

The ship of legends…

The future is set for Lt. Commander Aden Pendar, son of a Hyrathian Duke. Poised to secure his own command and marriage to the queen’s daughter, he’ll stop at nothing to achieve his goals.

But when the Alliance denies Hyrath’s claim on the planet of Kavil and declares war on their world, Aden finds his plans in disarray. Entrenched in battle and told he won’t make captain, Aden’s world begins to collapse. How will he salvage his career and future during Hyrath’s darkest hour?

One chance remains–the Dragon. Lost many years prior, the legendary ship’s unique weapon is Hyrath’s only hope. Can Aden find the Dragon, save his people, and prove he’s capable of commanding his own ship?
Preorders:
Amazon
Barnes and Noble
ITunes
Kobo
Indigo
Amazon UK