I'm not going to say where this "Roman" pool is, but I'm sure that many of you already know. In fact, I'm sure some of you have been there. Where is it? 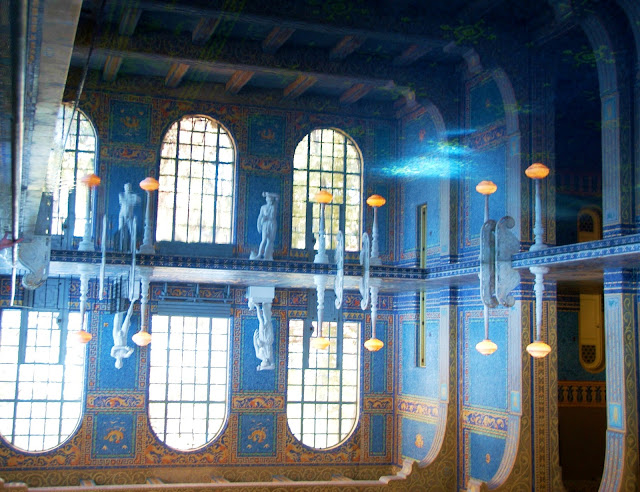 The composition of this photo is terrible, but it's a good reflection and it looks interesting upside down.

I Swear It Wasn't Me!

Those of you who have been reading my blog for a while already know that I’ve had a few scrapes with the authorities in my life. I PROMISE all of you that the six Orange County Sheriffs that were in my house this weekend with guns drawn, were not there because of anything I’ve done…
At 2:30 AM there were three of them, by 3:00, there were at least 10, by sunrise there were at least twenty! Most in uniform, some with assault rifles, detectives, crime scene types, suits, and blood hound handlers (with blood hounds). I just know our neighbors were wondering what the heck was going on!
-------------------------
My wife had been babysitting for one of our daughters and got home at 2:15 am. There was a strange car sitting in our driveway.  We called the Sheriff’s Department to have it towed.  About the same time I noticed that there was a helicopter circling the area.  I told my wife to ask the dispatcher if there was something going on. Apparently there was and the Sheriffs were looking for a car (and the people in it).  Yep! It was the same car.
Plain clothes officers were looking for a bad guy who had several outstanding warrants for his arrest.  They had a tip relating to where he might be.  He and another person (wife maybe) did in fact show up. Apparently he didn’t want to go to jail; he resisted getting out of his car and the Sheriff Tased him. The idiot then floored his car and ran over the sheriff’s foot.
You know how law enforcement is when one of their guys is attacked, wounded, or hurt.  So anyway, they came to our house to check out the car parked in our driveway.  BINGO!  The dispatcher called us back and told us to stay in the house while they looked around.  They didn’t find anything.  A couple more cars arrived and they started looking around the neighborhood. They were also knocking on doors and asking people if they were being held against their will.  One of them told us they were waiting for a bloodhound to try and pick up a trail. About 20 minutes later there was a knock on the door.  When I opened it, I was met by six cops with guns drawn. One of them asked me if we had searched our house.  After I told him we hadn’t, he said that when the bloodhound picked up a scent at the car he pulled his handler directly to our front door.  At a minimum, the bad guys tried the door.
Once the detectives had cleared the car, the bloodhound was allowed to go into it. When he got out, he started running down the street with his handler and about 10 cops in tow.  The guys must have run down a stairway that leads to the street below us and called someone to pick them up.  The cops were sure that is what happened, because the trail ended in the middle of the street.
All is well, that ends well!  The guys were caught about 3 hours later…
http://www.ocregister.com/news/deputies-297665-deputy-people.html
.
Posted by Pat Tillett at 4:00 AM 63 comments:

We all know about a dog’s need to bury things in the back yard. It could be a bone, a toy, or even a small dead animal it has found. I’m sure it has something to do with their instincts. A genetic skill passed on from hundreds or thousands of past generations, when they had to protect food from other animals in the wild. But what the heck does that have to do with taking your socks or other personal items and hiding them? I guess from a dog’s point of view if it’s worth chewing on, it’s worth saving for later. Dogs are thieves…

First of several posts relating to man's best friend. Some of them were posted a long time ago when I had 3 followers (one of them being me). 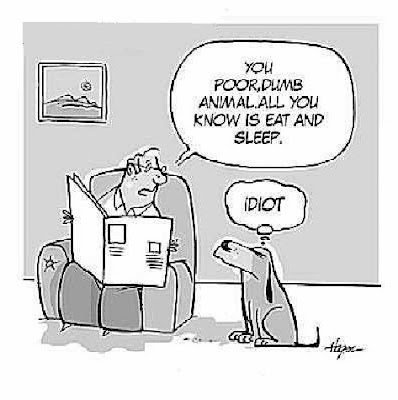 Don’t get me wrong, I don’t hate dogs, I just don’t trust them…
Although most dogs would prefer to poop outside, it’s not a requirement. They are more than willing to do it wherever they happen to be when the urge hits. It could be on your furniture, in front of the door, or even on your clothing. They are not even opposed to leaving a "gift" right on your pillow! And after he’s done it, when you come home, your dog will dash to the front door to greet you and act like nothing happened! Like he doesn’t know what he left on your pillow! When you find it later and call him on it, he’s just going to cock his head to one side and give you a look that says “what are you talking about? I haven’t even been in this room all day!” Dogs are liars…

I don't often post video, but this one is so very true and funny!
Posted by Pat Tillett at 5:01 AM 29 comments: 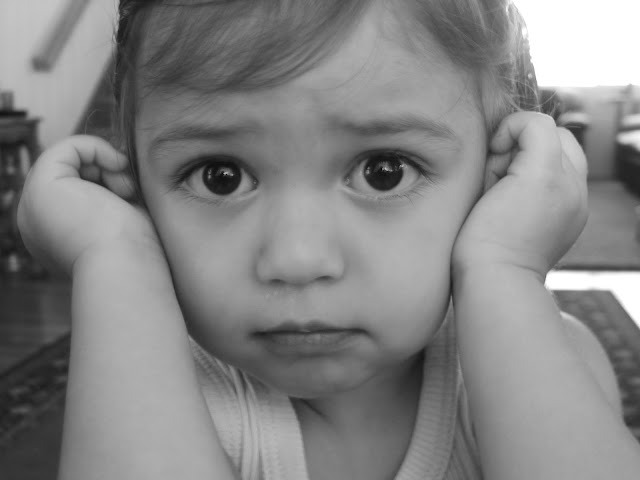 enlarge to see my reflection in her eyes


Weekend Reflections by other photographers at Newtown Area Photo.
Posted by Pat Tillett at 4:00 AM 67 comments:

How Do I Get To All Those Coins? 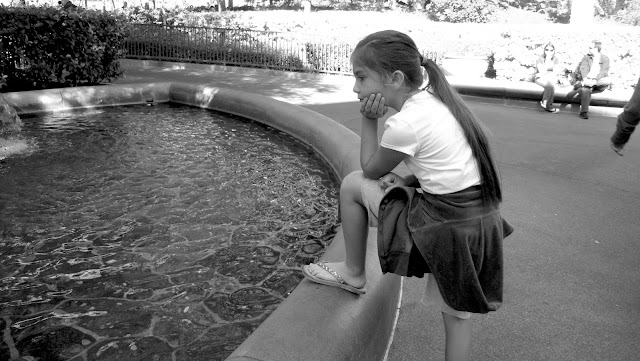 enlarge for optimum viewing pleasure
Posted by Pat Tillett at 4:00 AM 52 comments:

A Piece of Plywood and an Apricot Tree

It wasn’t much of a tree house, but the time I spent in it, were some of the happiest hours of my entire childhood.

A found sheet of plywood, some 2x4's and a huge apricot tree in our side yard was all we needed. Kenny Meeks and I made a frame to fit the sheet of plywood and nailed it all together. We took half a day to wrestle it about 12 feet up into the tree. We found the perfect spot, it was level and the plywood was wedged solidly into place.

We could think of nothing better than to sit in the shade of our tree on a hot summer day and just talk away the hours. We escaped the violence and craziness of our family lives up there. We also escaped the glue we sniffed and the varnish and lacquer we huffed. Maybe best of all, we escaped the agony of growing up extremely poor in a middle class neighborhood.  For just a little while we could forget that we were the local area’s “white trash.” Not many kids had the guts to say it to our faces, but we knew what they thought.

We talked about anything and everything up there. We would sit and eat the plumpest and juiciest apricots I've ever seen.  It may have only been a tree that grew between the two shacks we lived in, but in that tree, relaxing in the shade, we could have been anywhere... 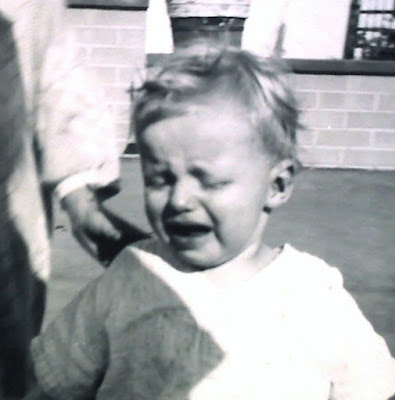 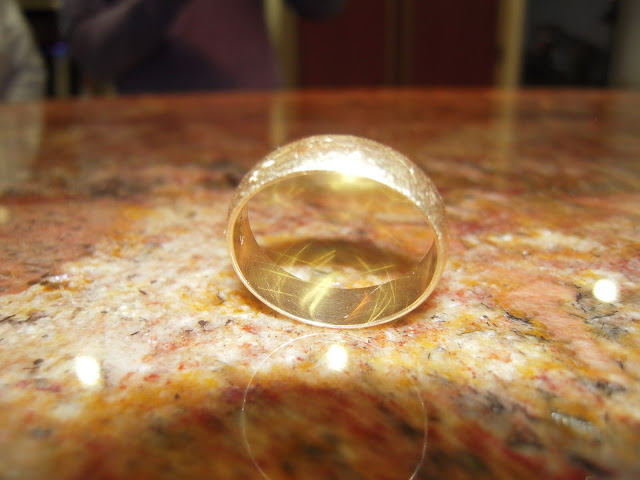 My wedding ring spinning at high speed. I was amazed that I was able to freeze both the ring and the reflection in front of it.


Weekend Reflections by other photographers at Newtown Area Photo.