Embiggen to enhance your viewing pleasure! 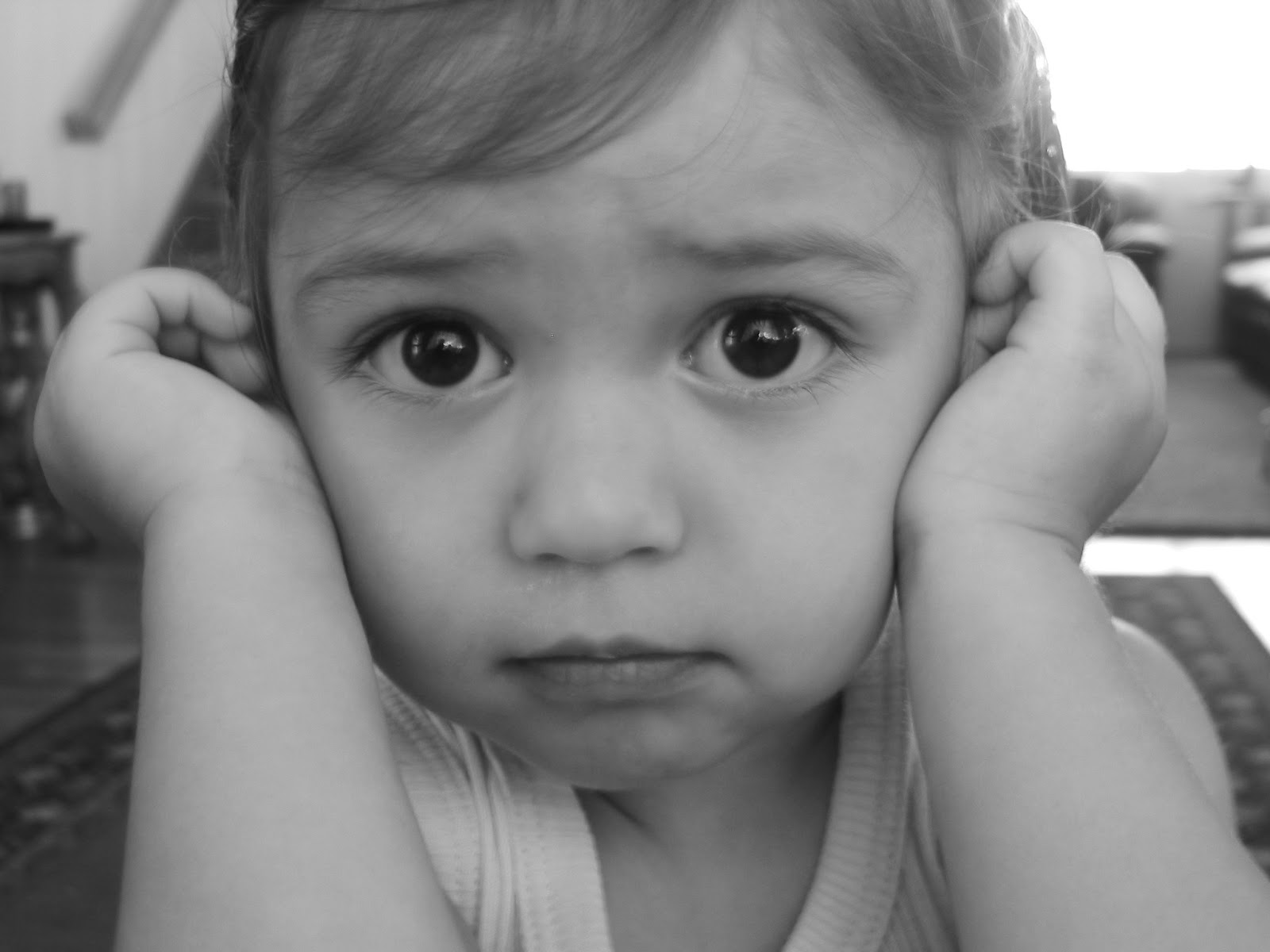 Tay (you've seen her all over my blog)

Even the homeless wear nice socks in Kyoto 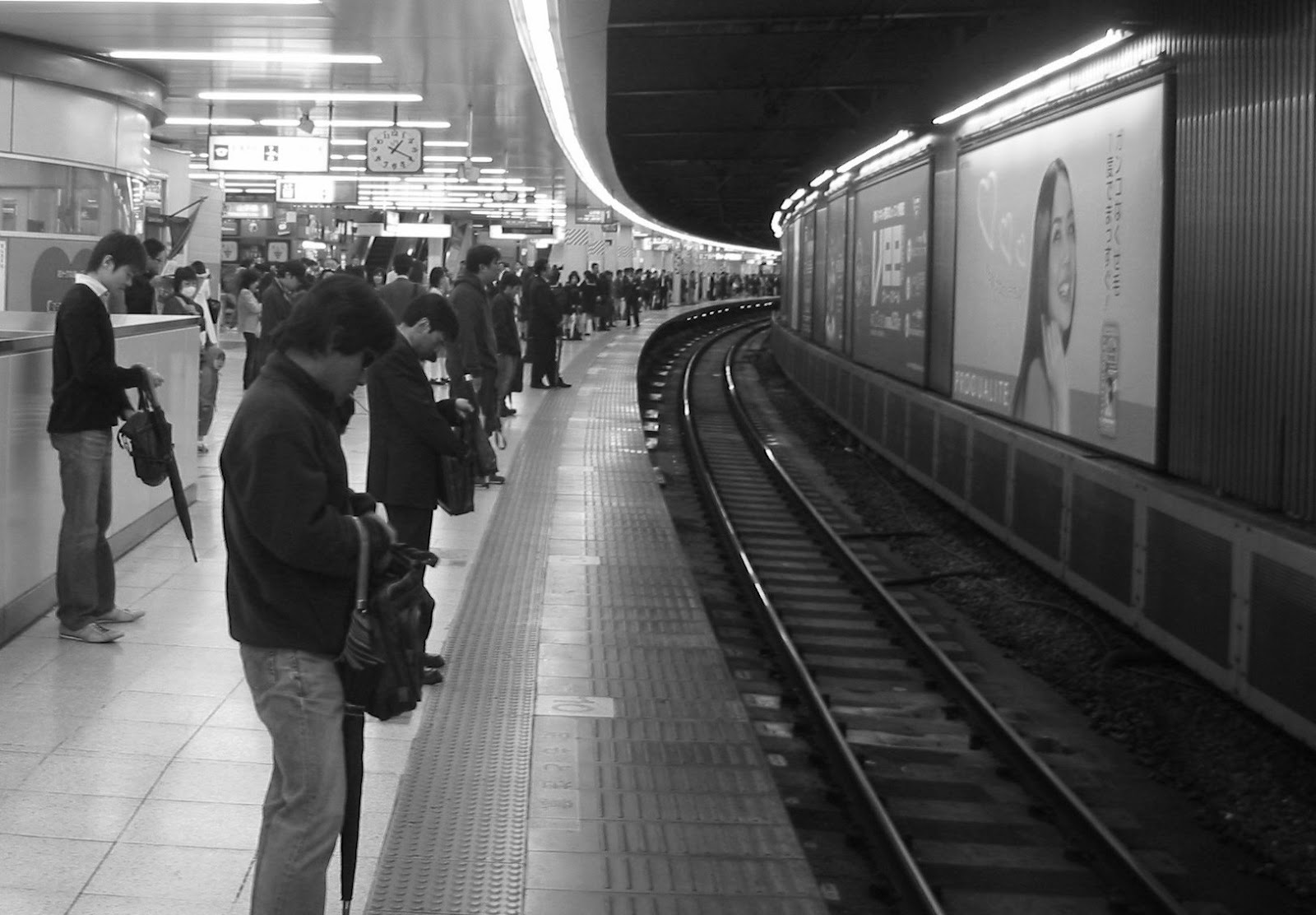 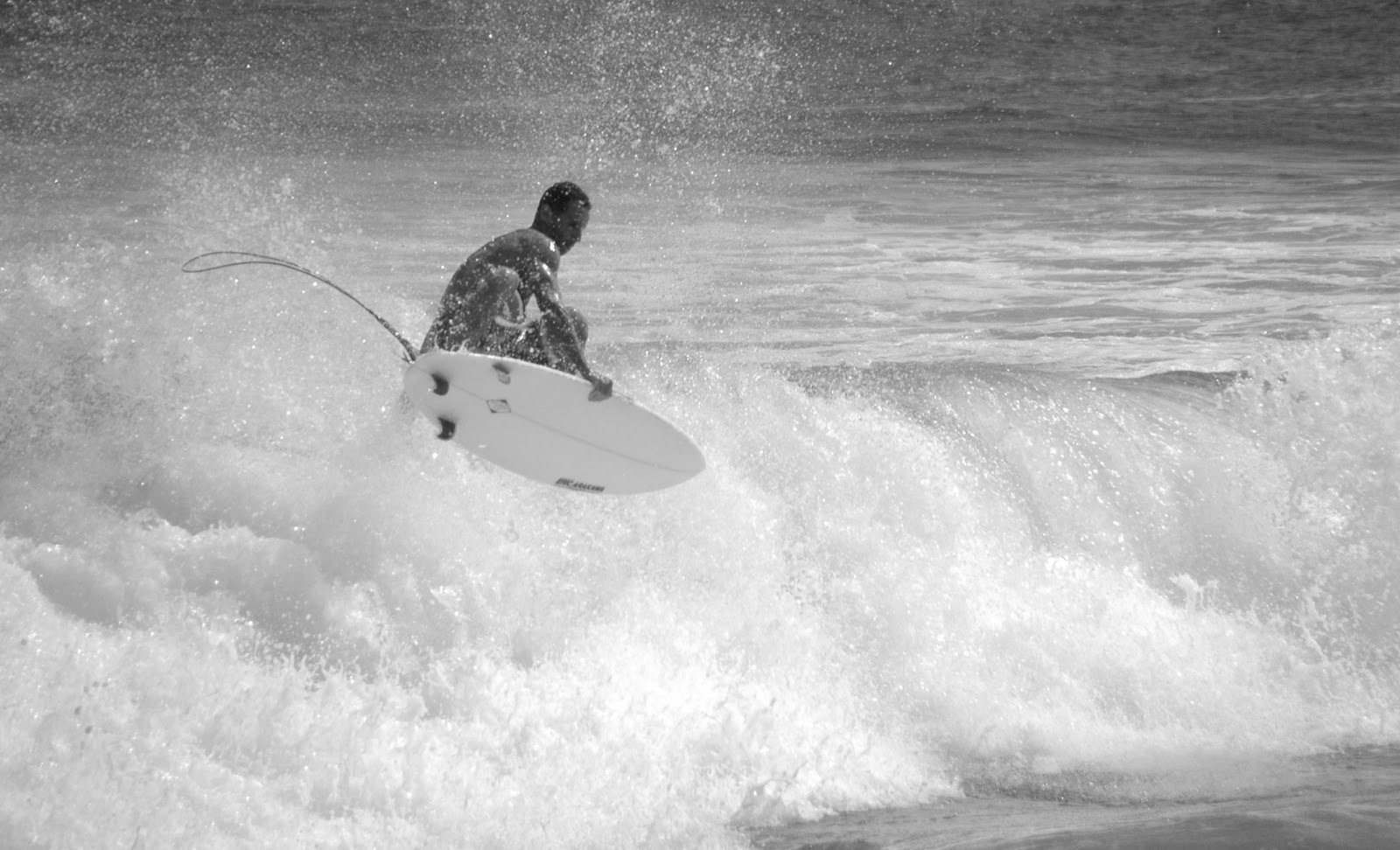 I've posted a lot of photos from my trips to various Indian habitation and rock art sites. This spot, called Terese, doesn't have fancy pictographs, caves, or rock shelters, but it still just might be my favorite of them all. It wasn't discovered until the late 1990's and is just about as pristine as can be. It is also very large (I've yet to see all of it). 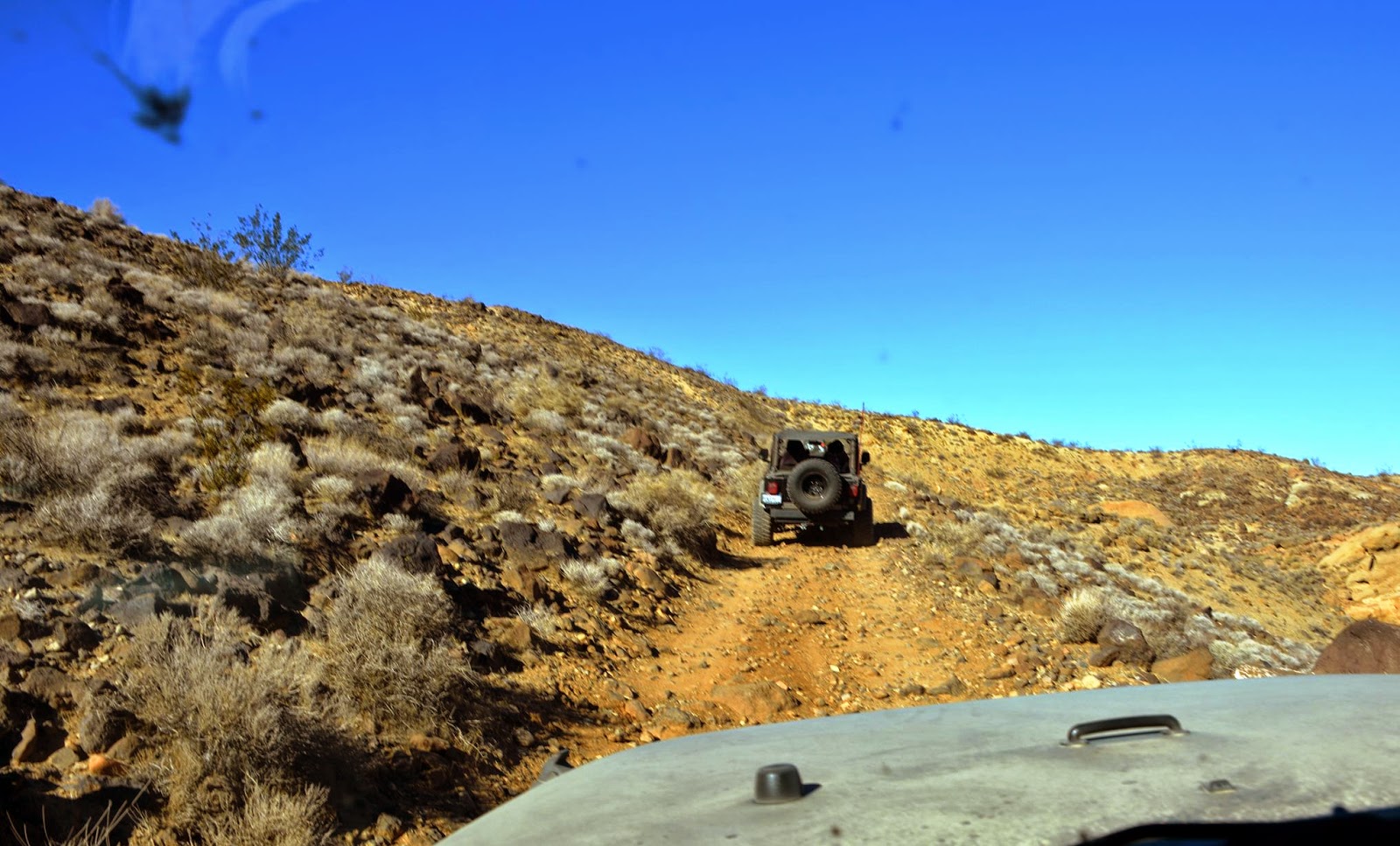 The great places are usually hard to get to and this one is no exception. Folks, don't try this road in your car or mini-van. 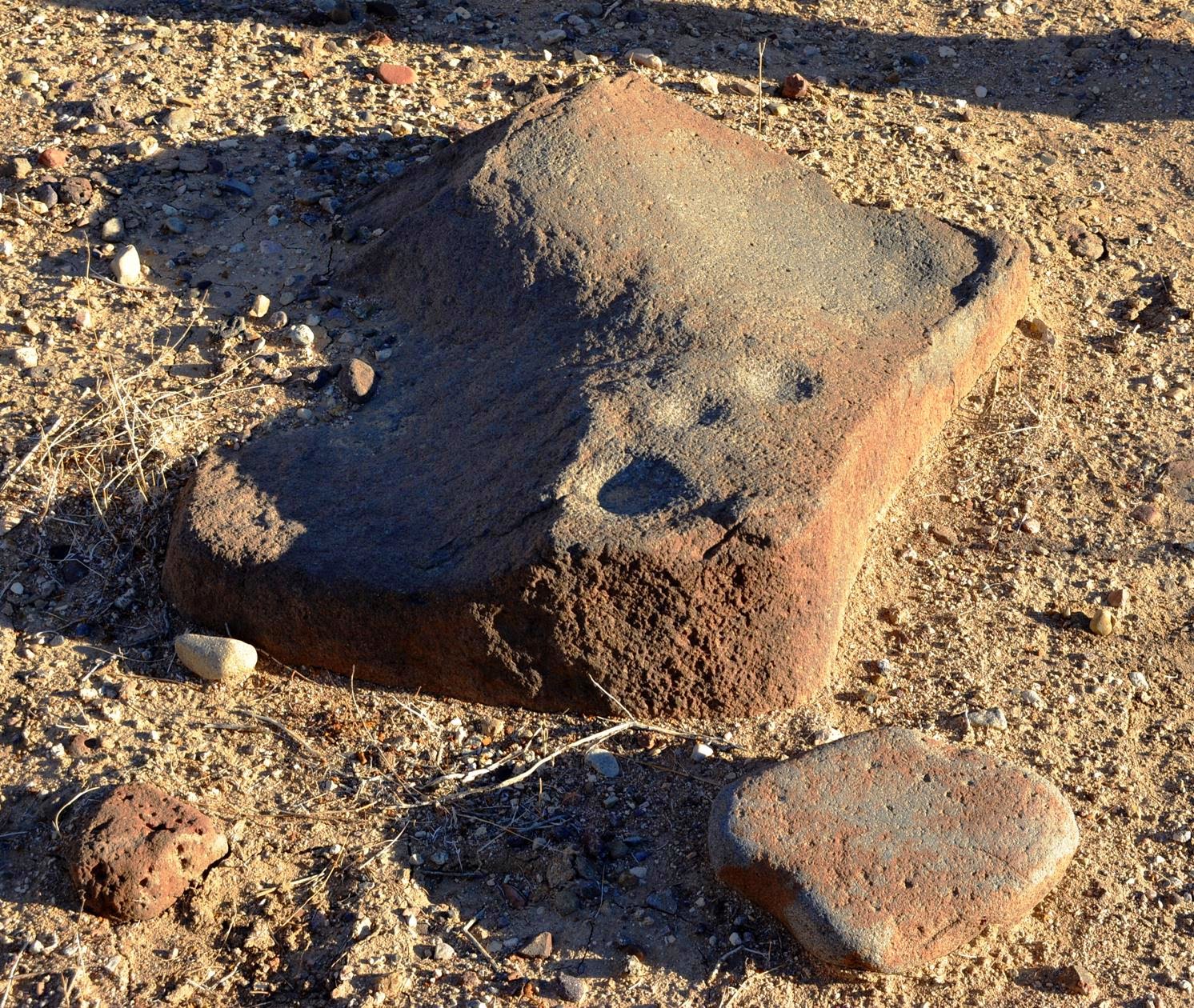 A kitchen with all the built-ins. A mortar, a slick and a metate. It's the trifecta of milling stones. All we're missing is a Cuyamaca Oval. There even looks to be a few cupules. 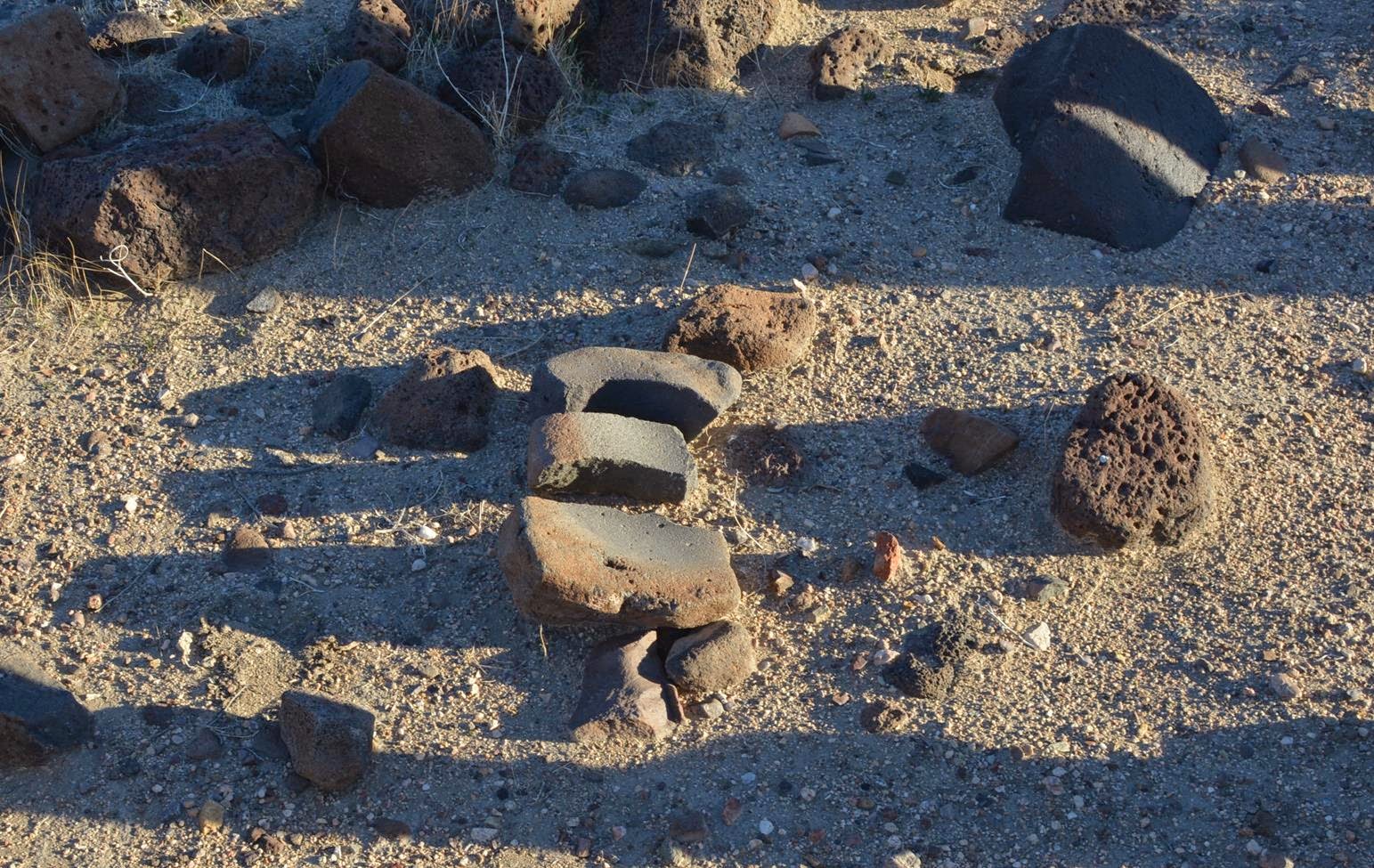 Another large, but broken milling stone. 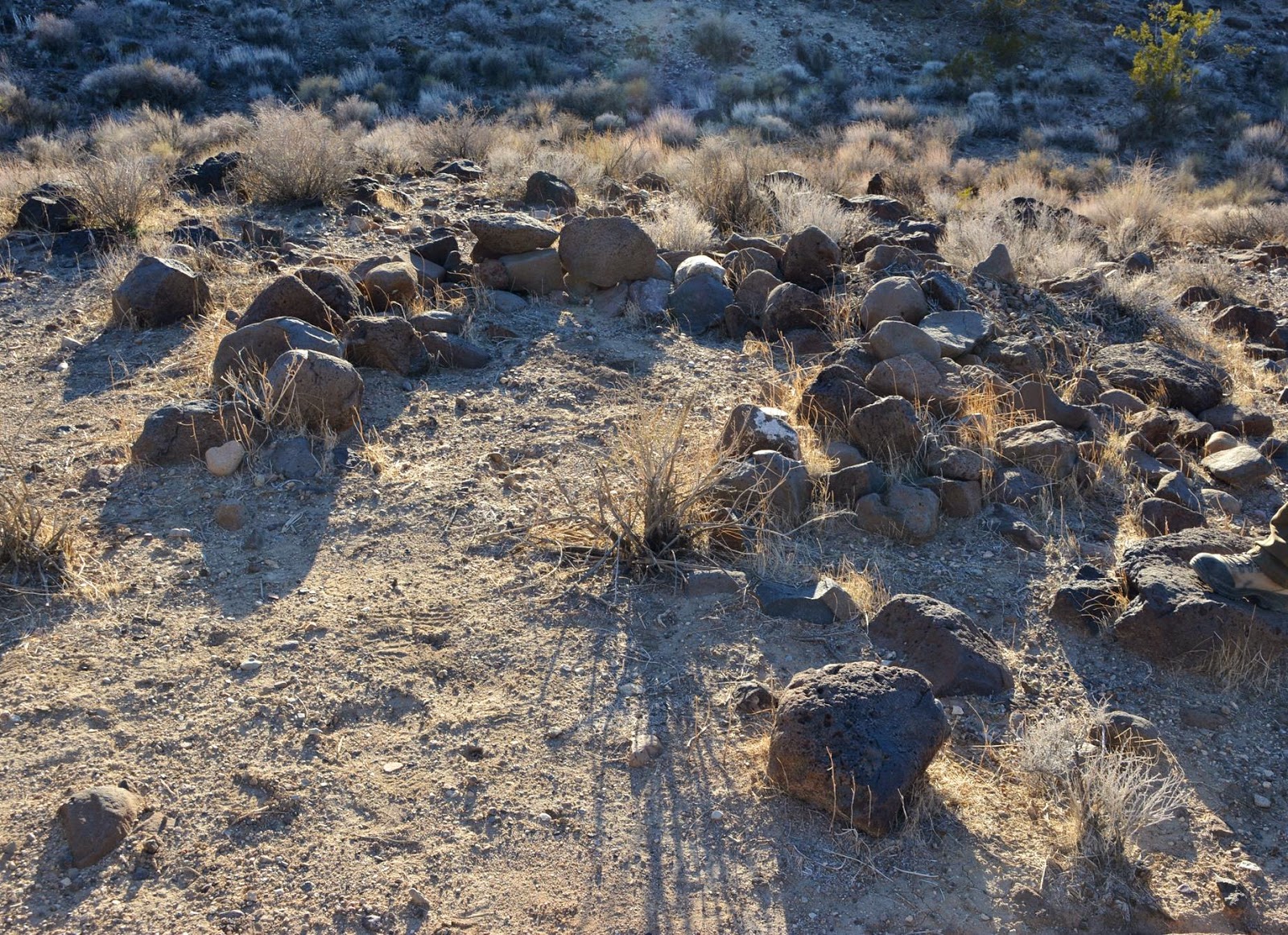 There were many sleeping circles in the area. The next several were all in the same area. 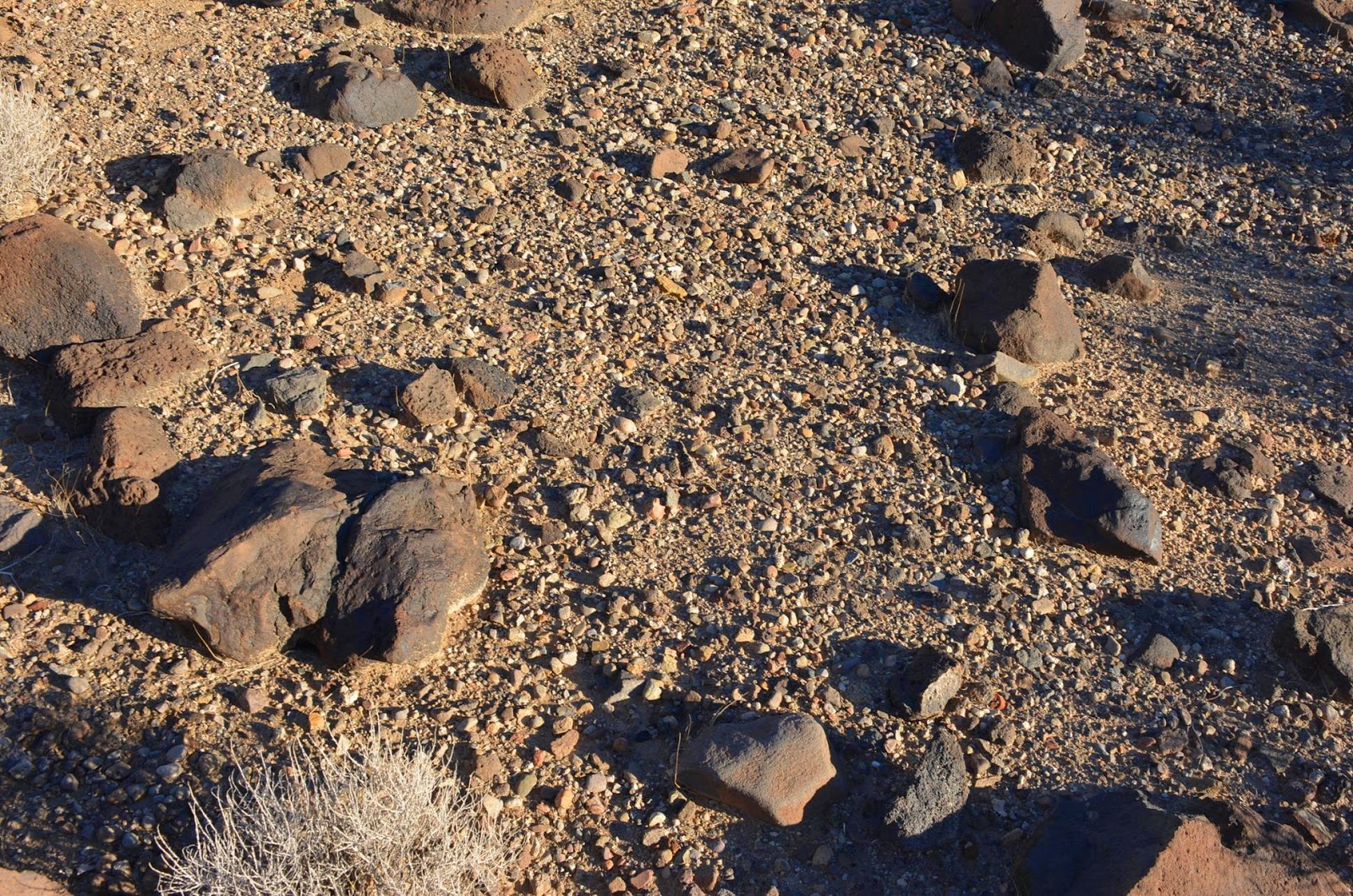 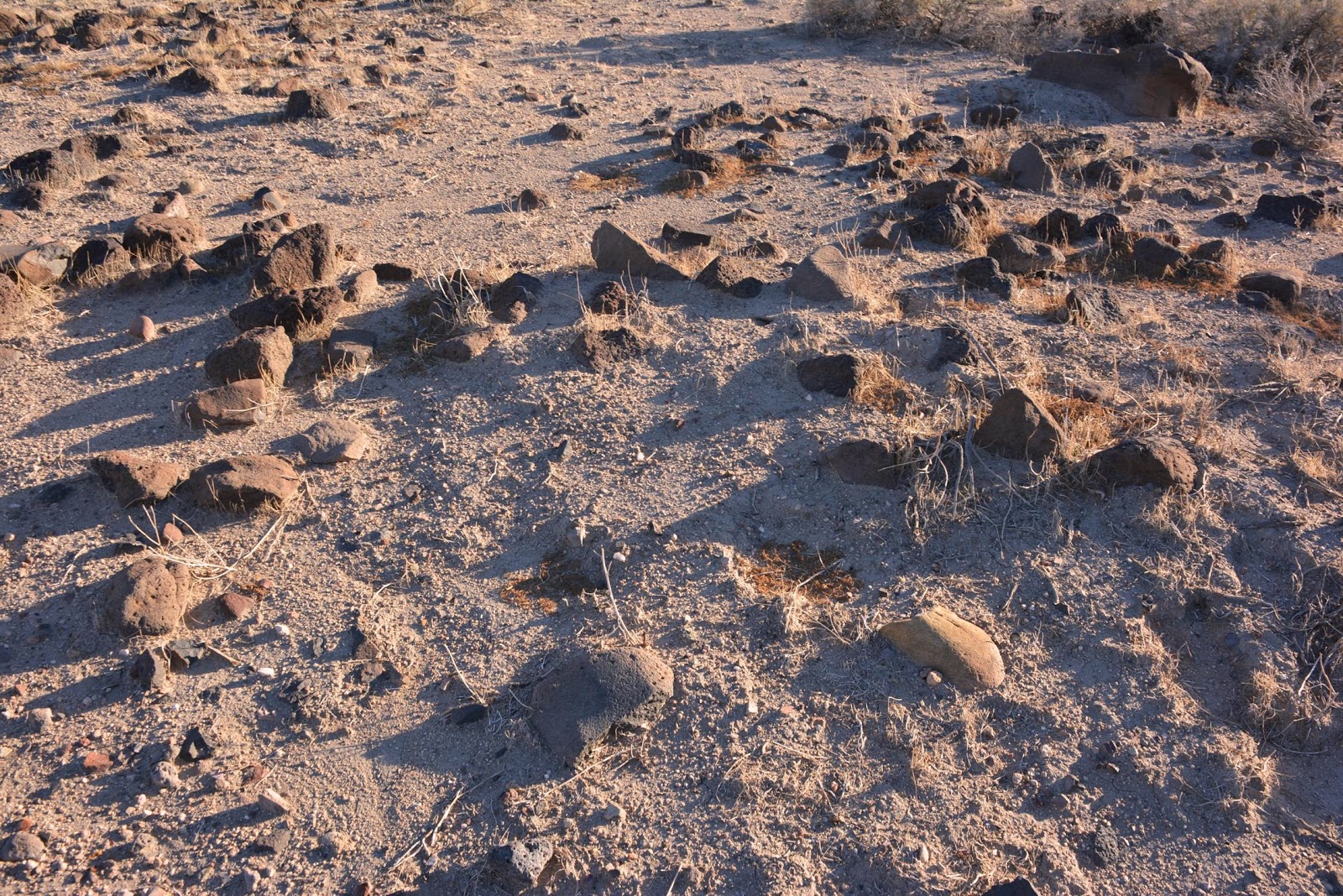 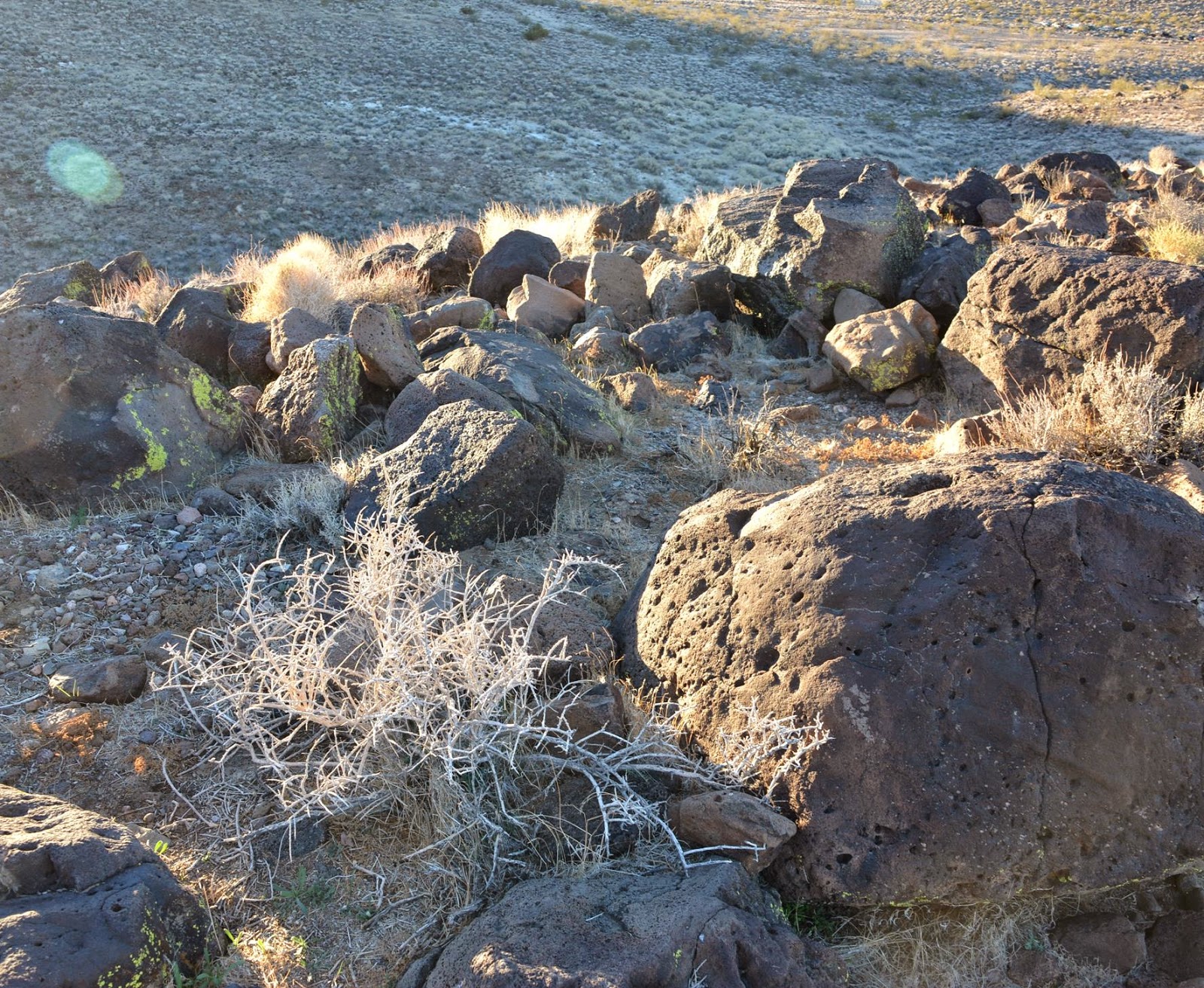 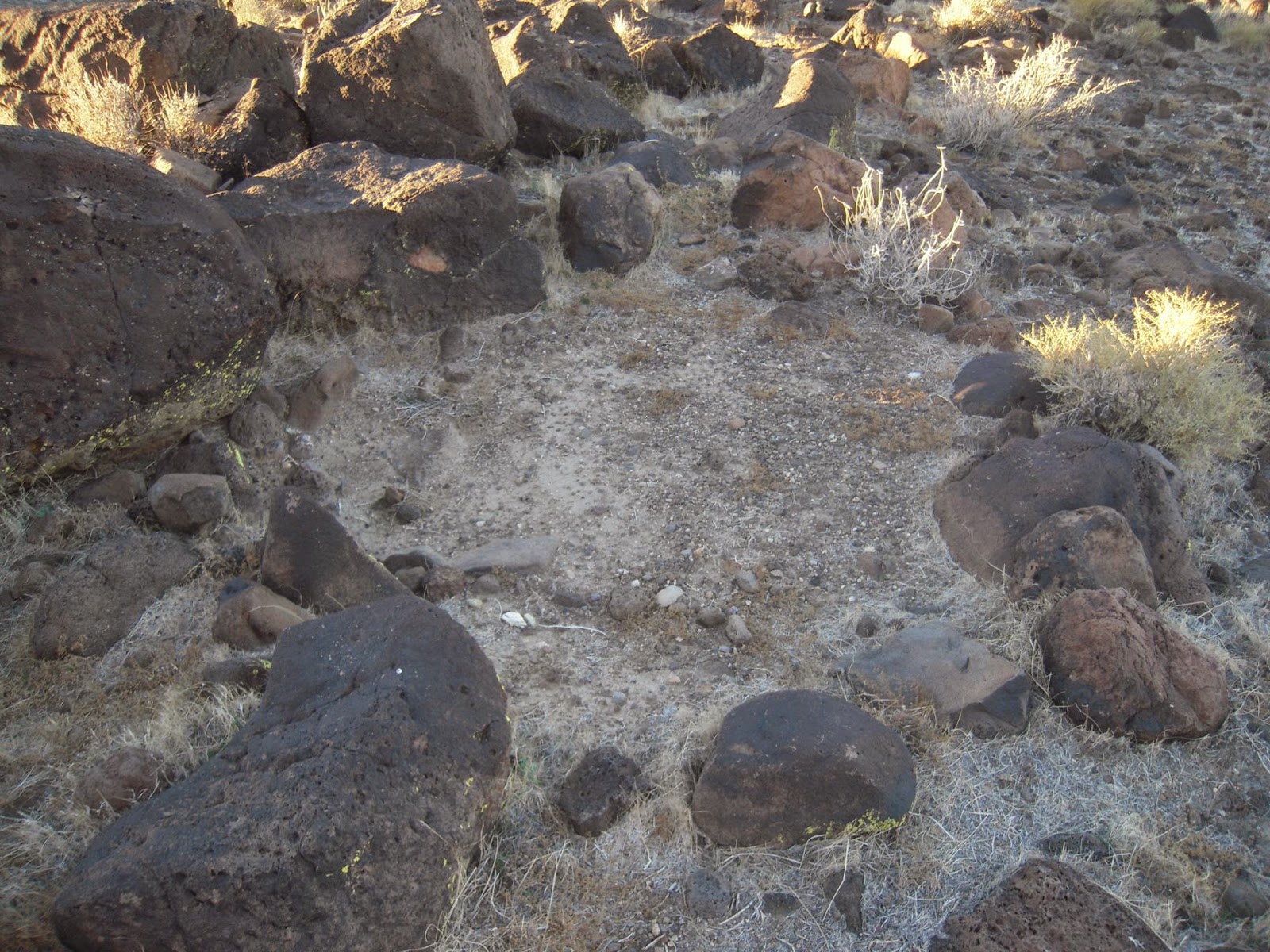 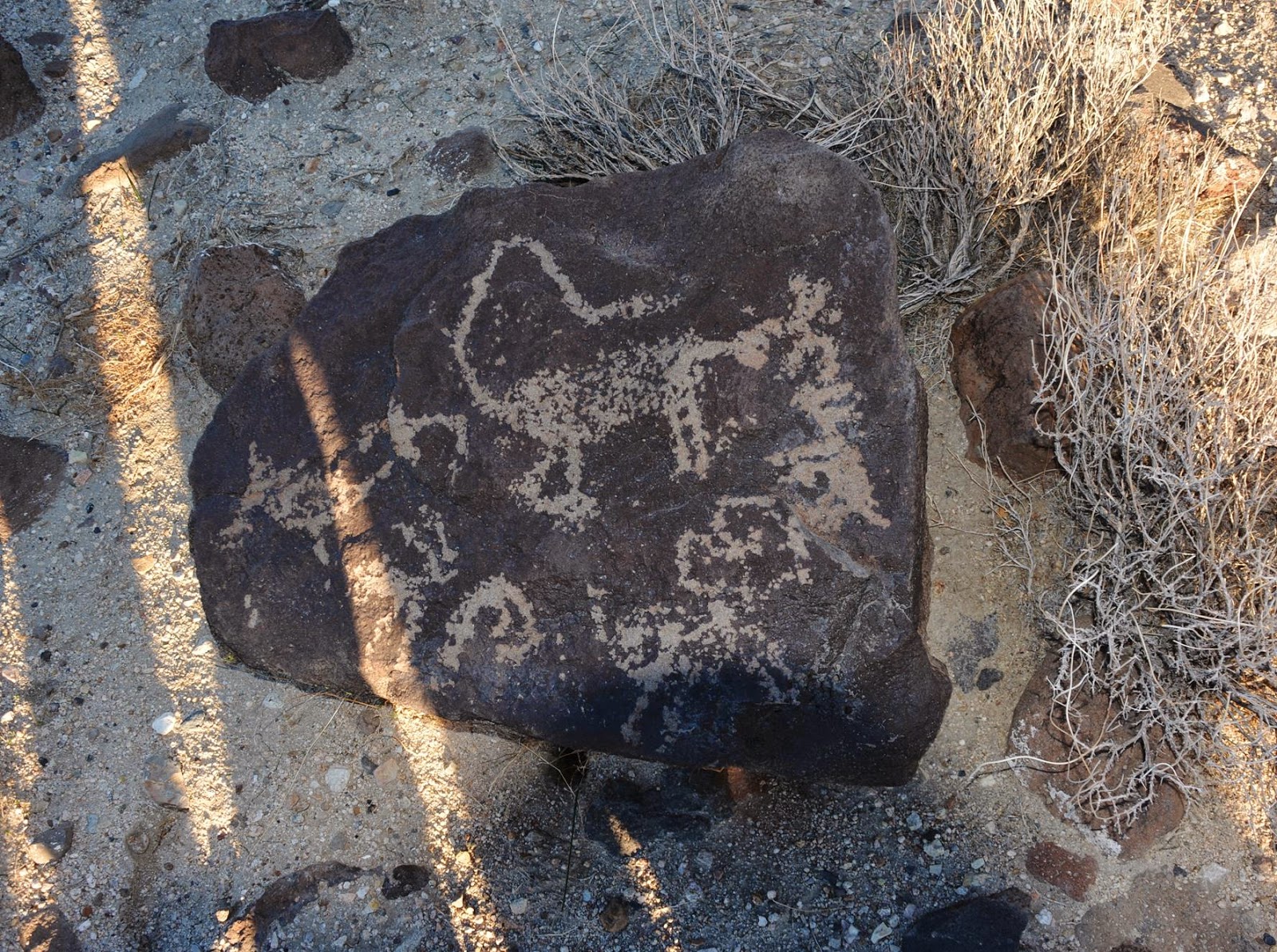 Finally to the pictographs. This was my favorite of the day. The largest image appears to by a mountain lion, or maybe a coyote. 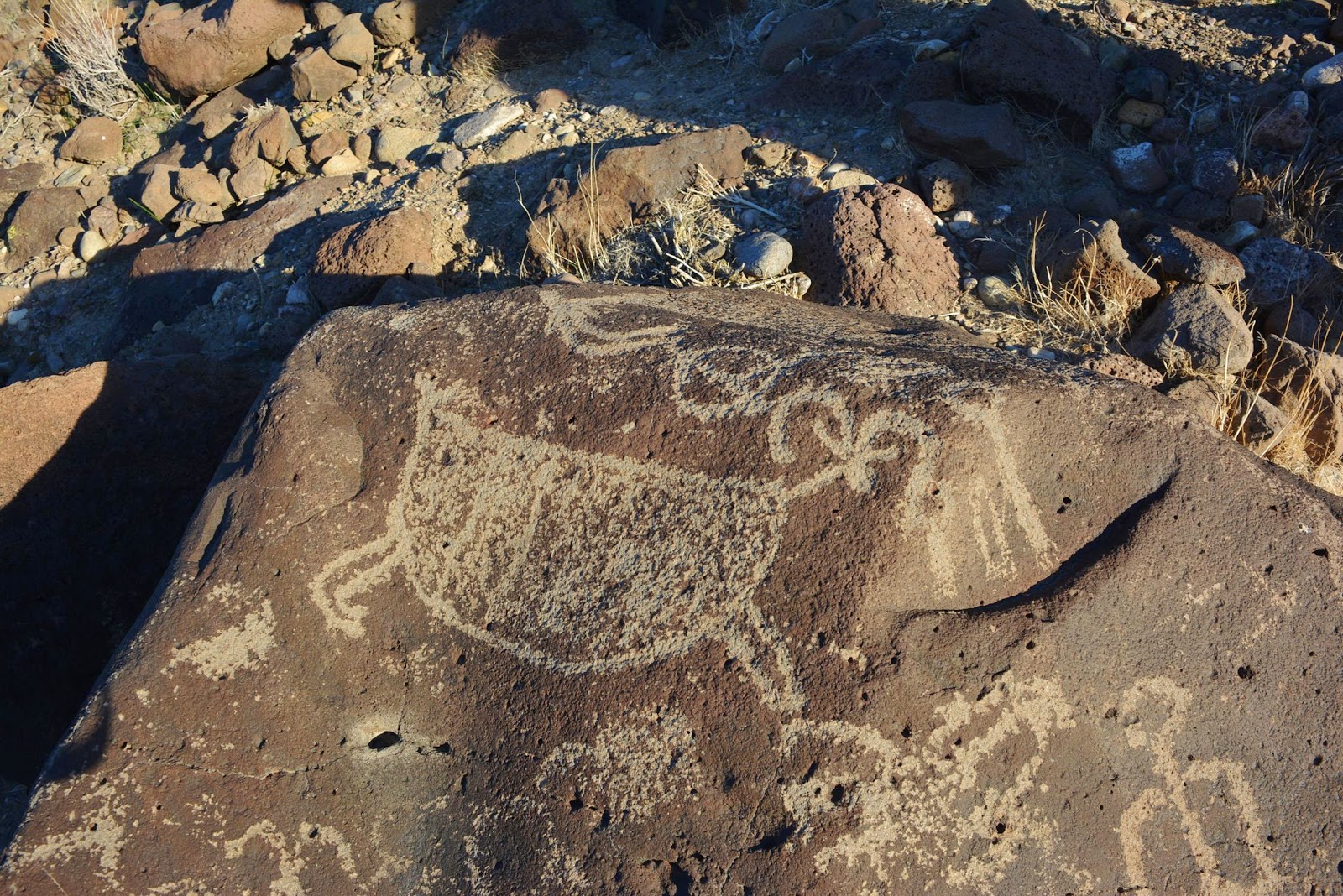 The large image is a Coso style Bighorn Sheep. Based on that and what appears to be an "Atlatl" in the right lower corner. These petroglyphs are likely to be from 1000 to about 2500 years old (plus or minus). The atlatl was a dart/arrow "launching device" that pre-dates the bow and arrow. This site is also thought to be the most southern known location of the Coso style rock art. 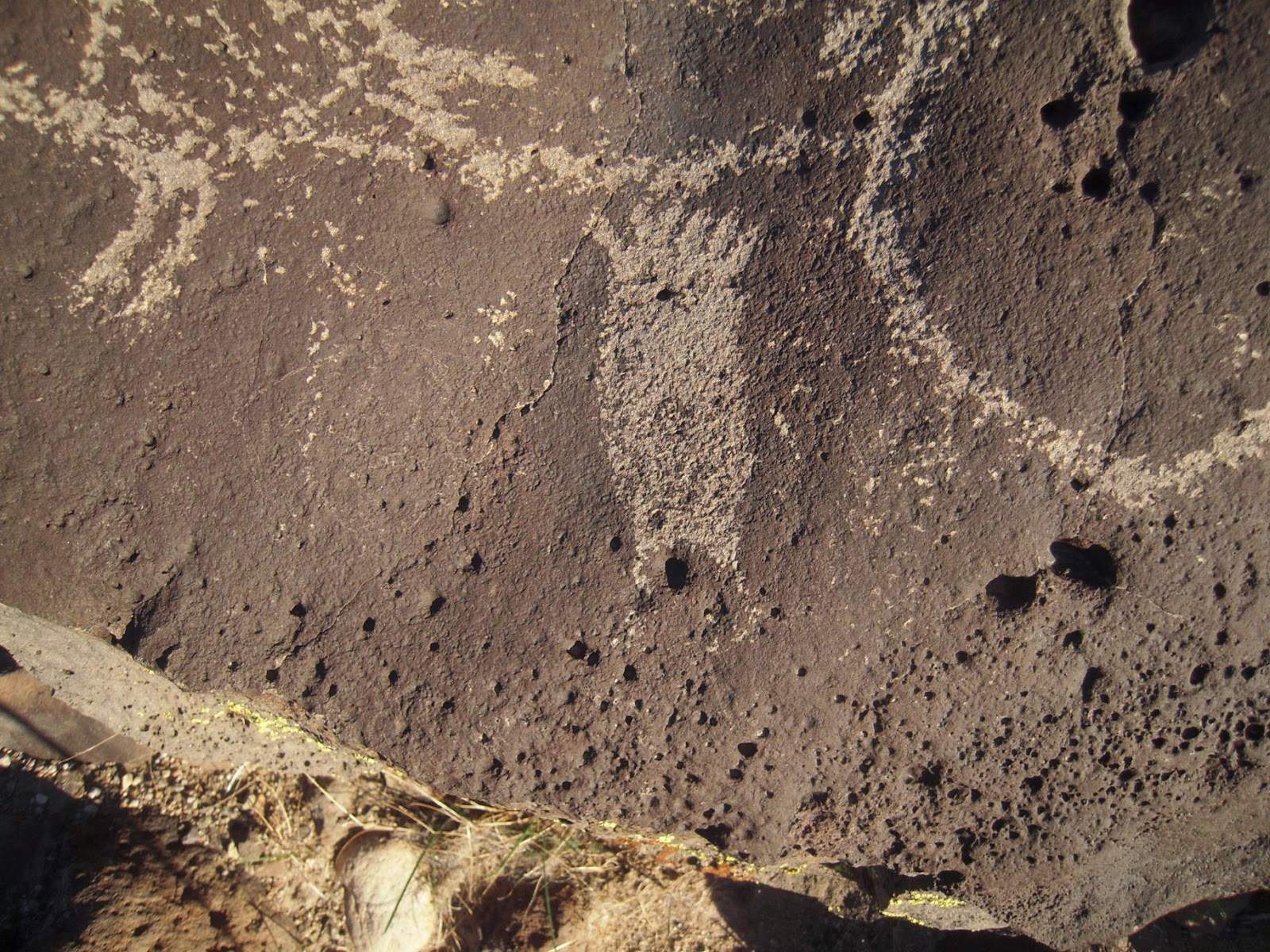 I believe the symbol in the middle represents a medicine bag or pouch. 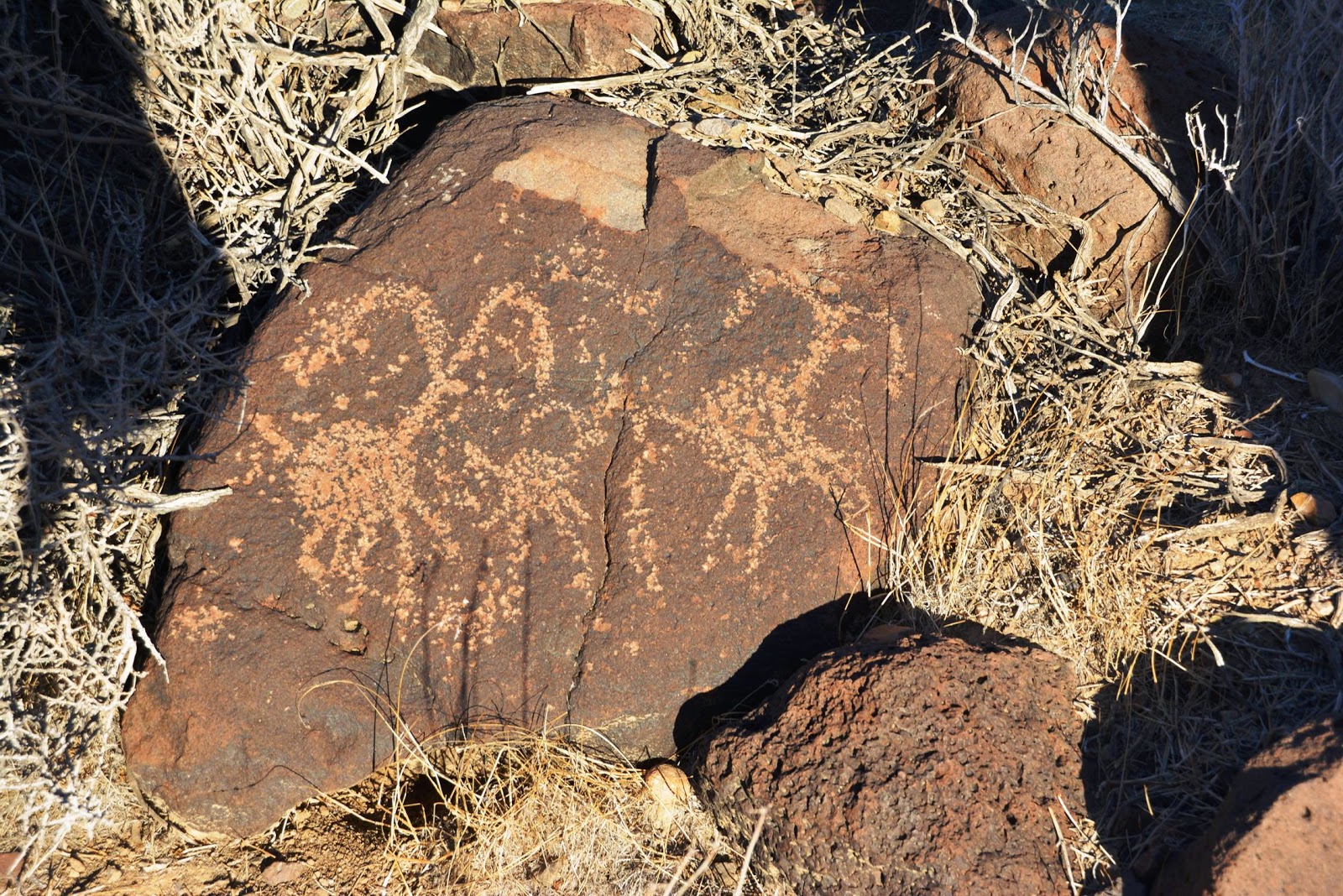 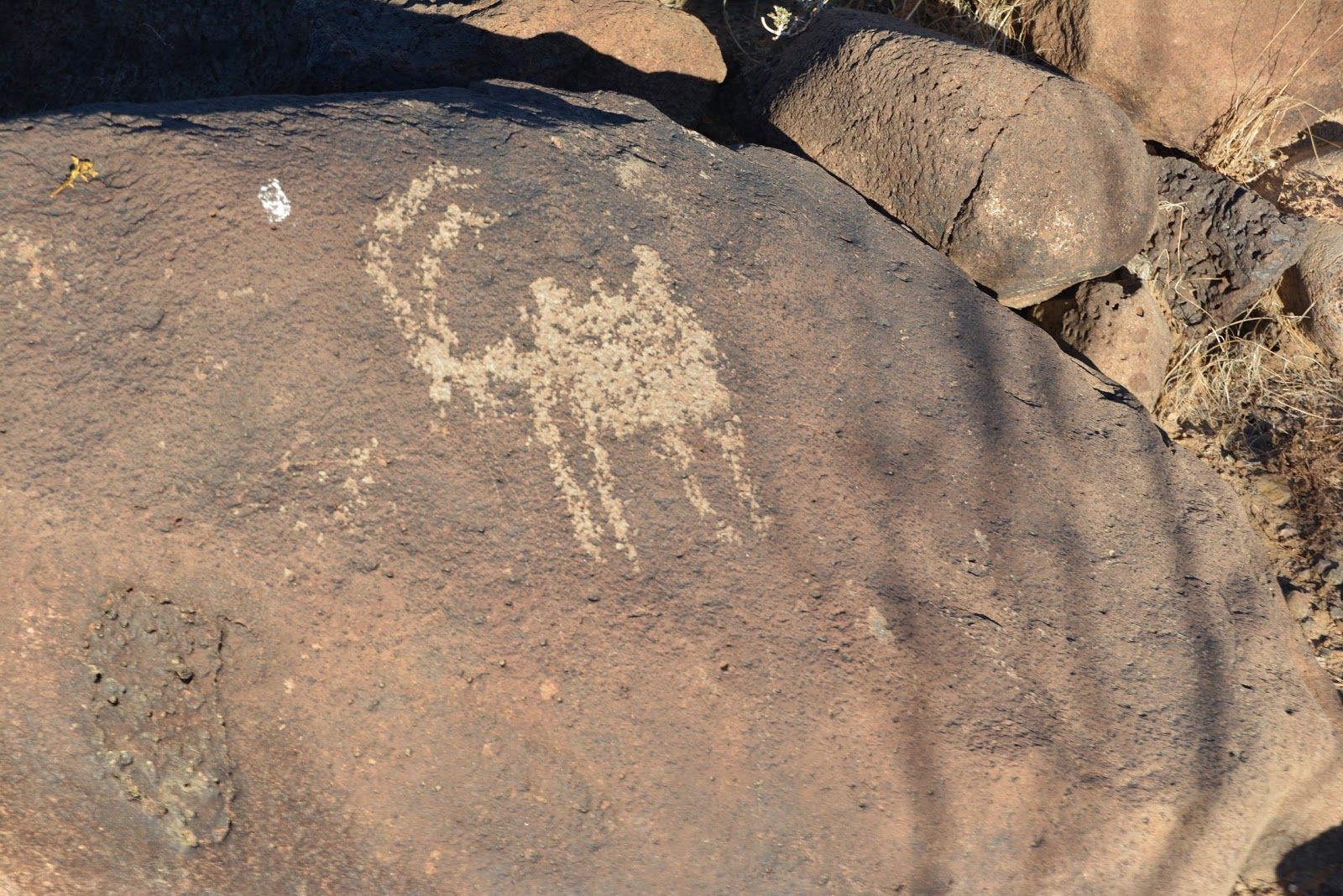 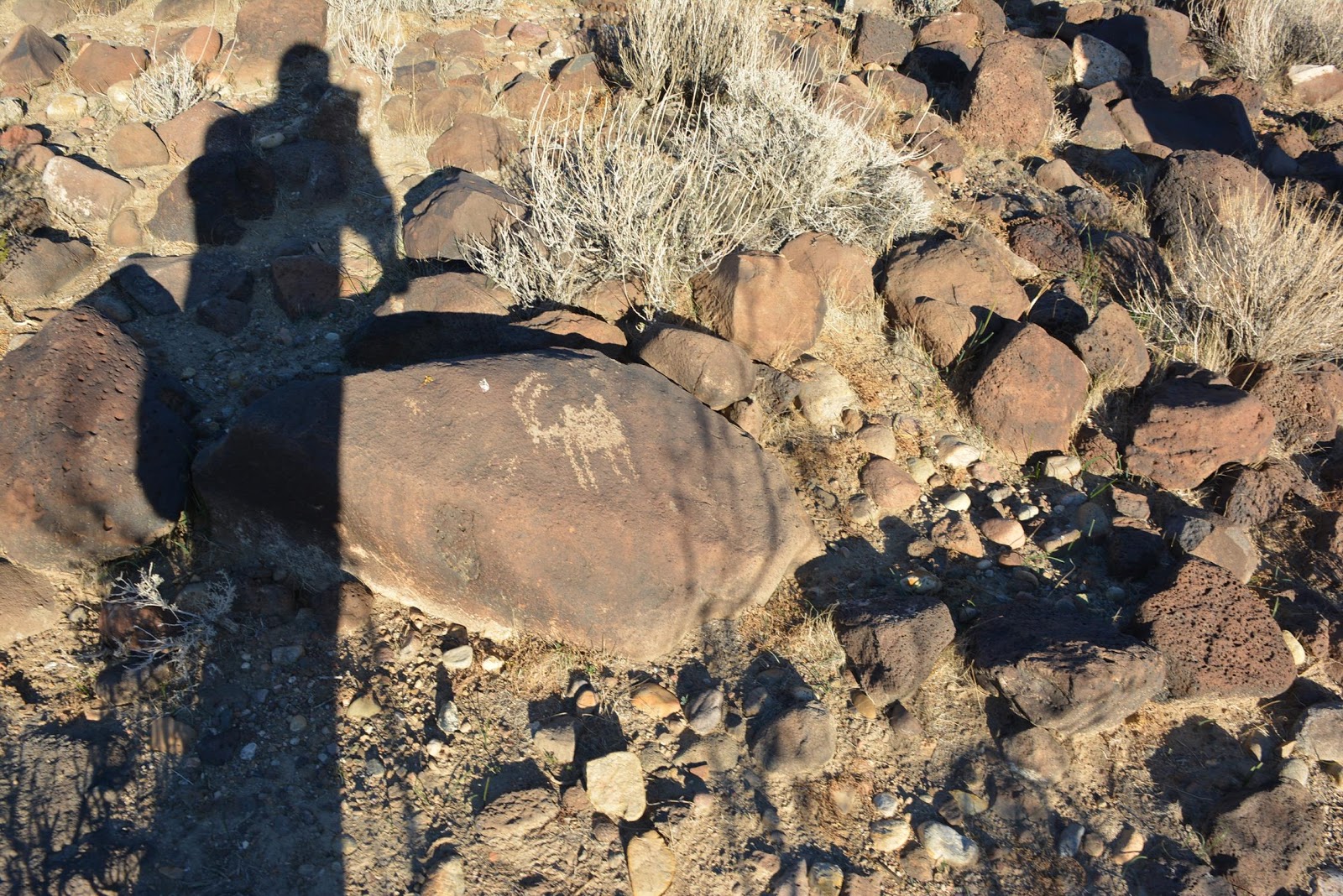 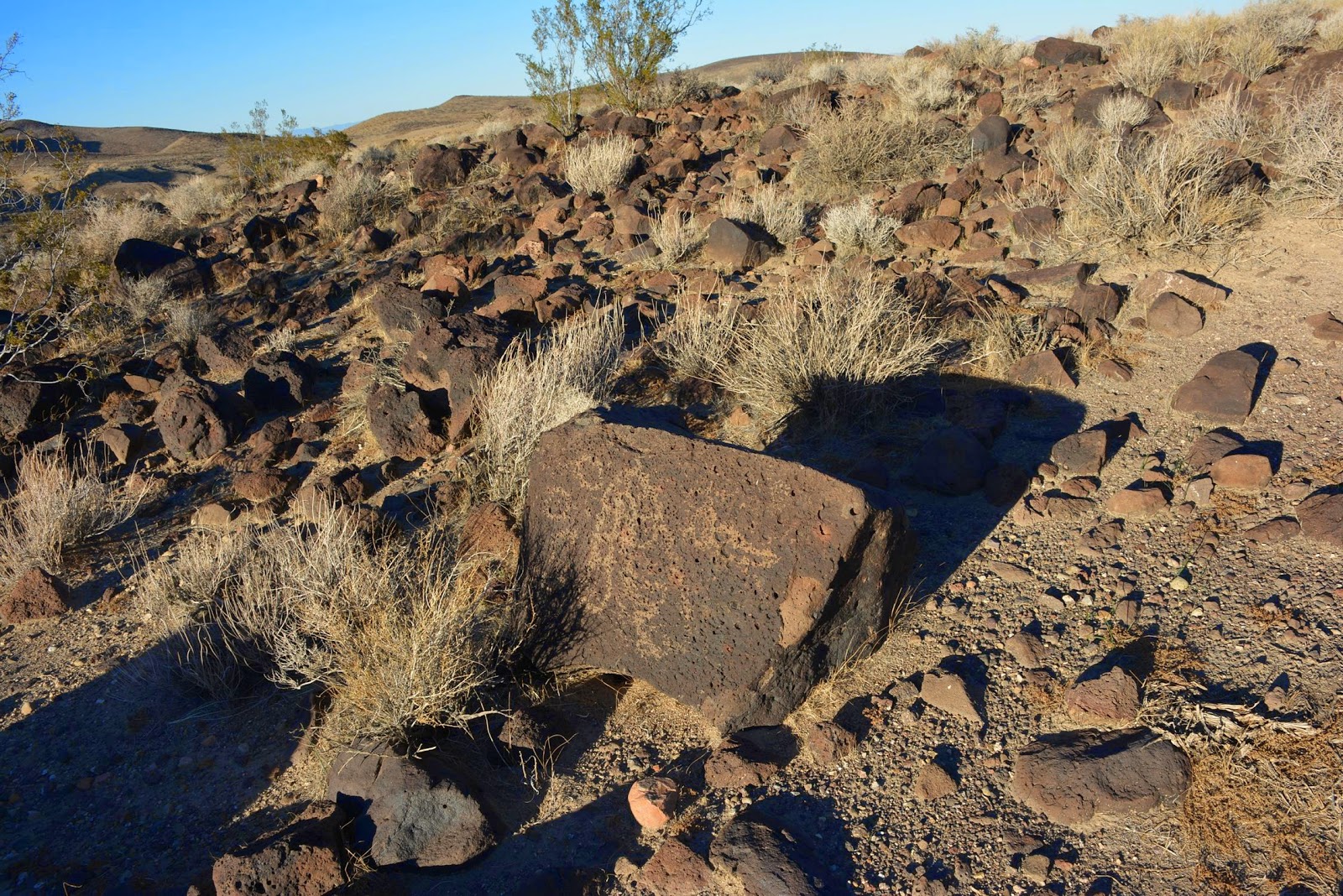 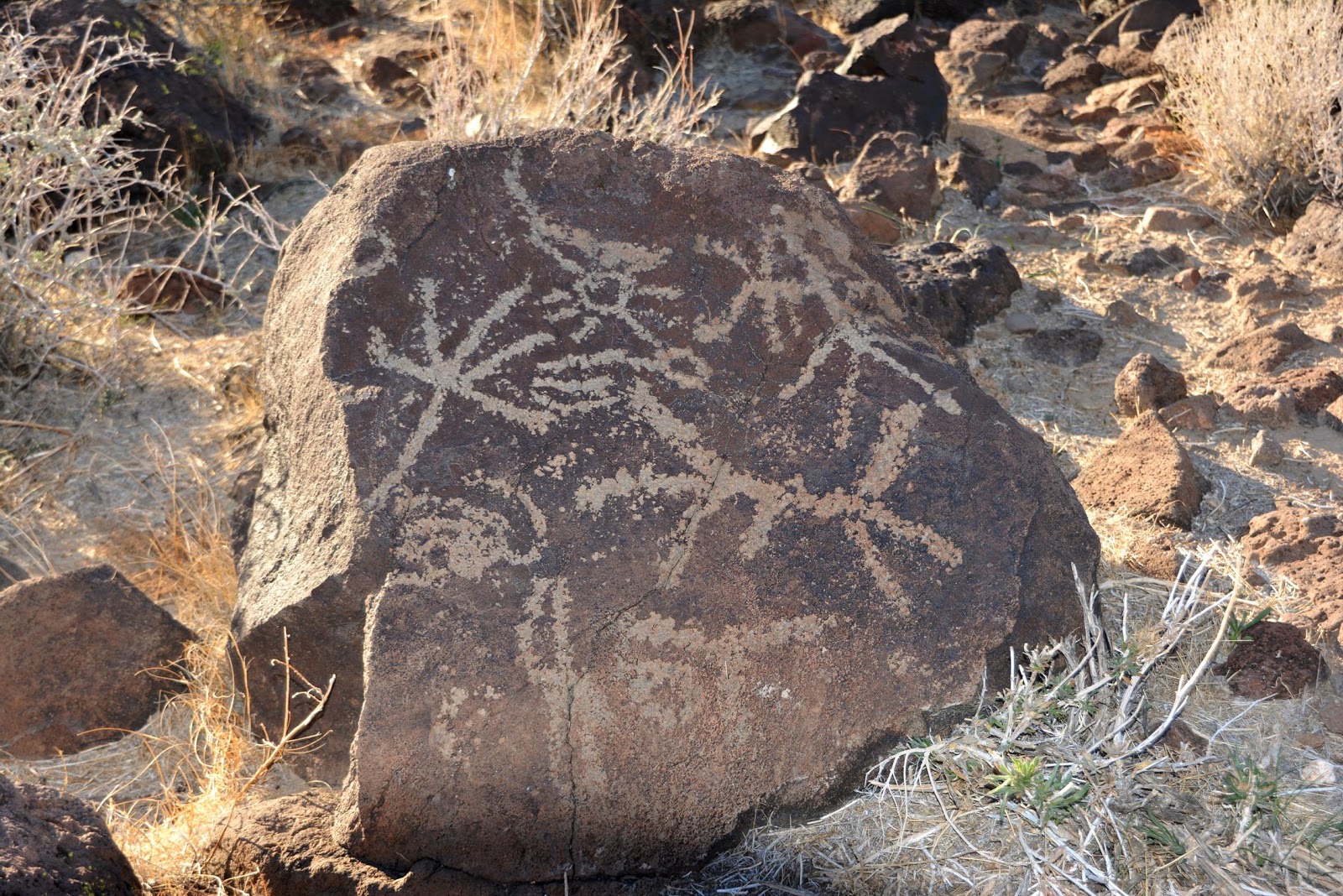 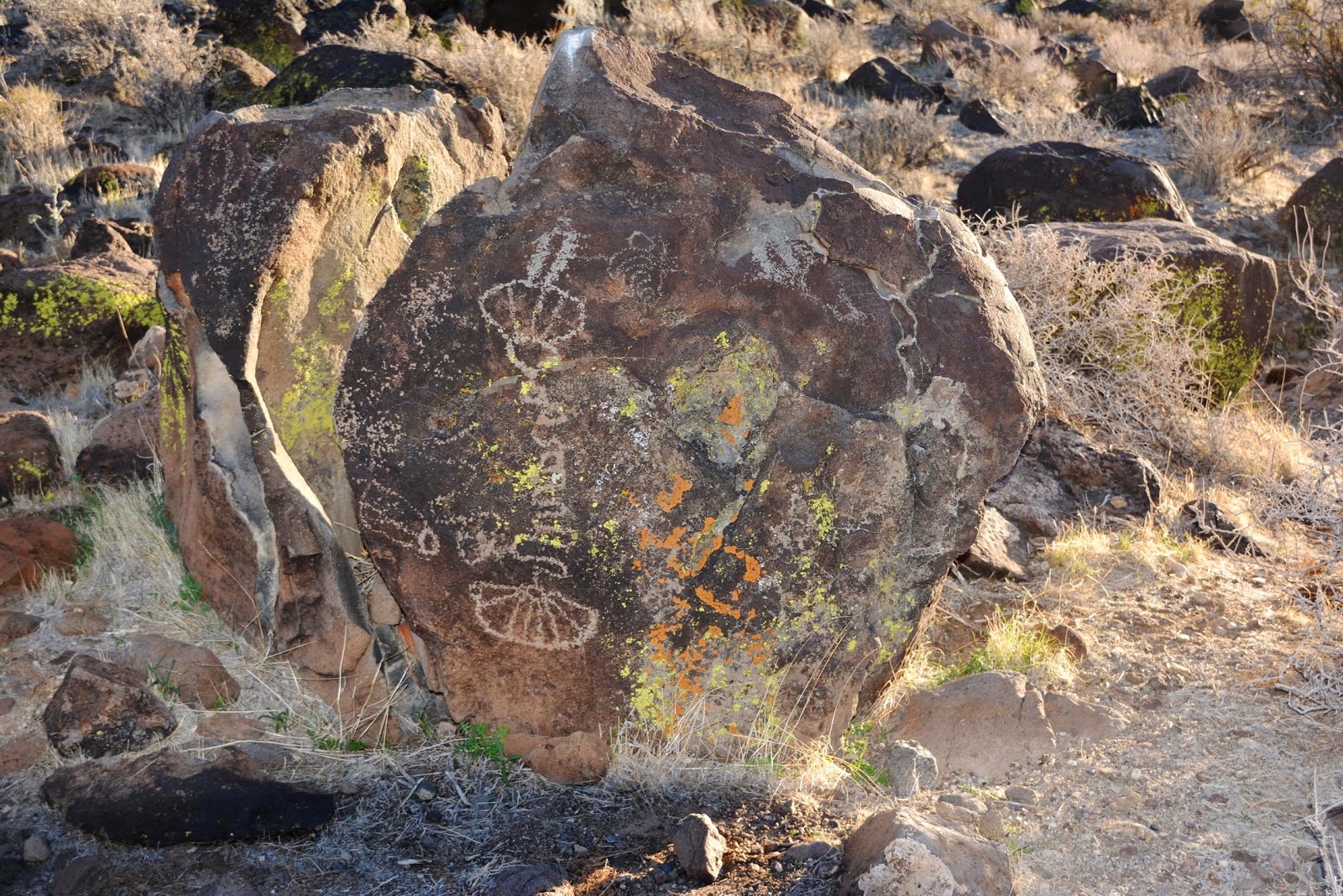 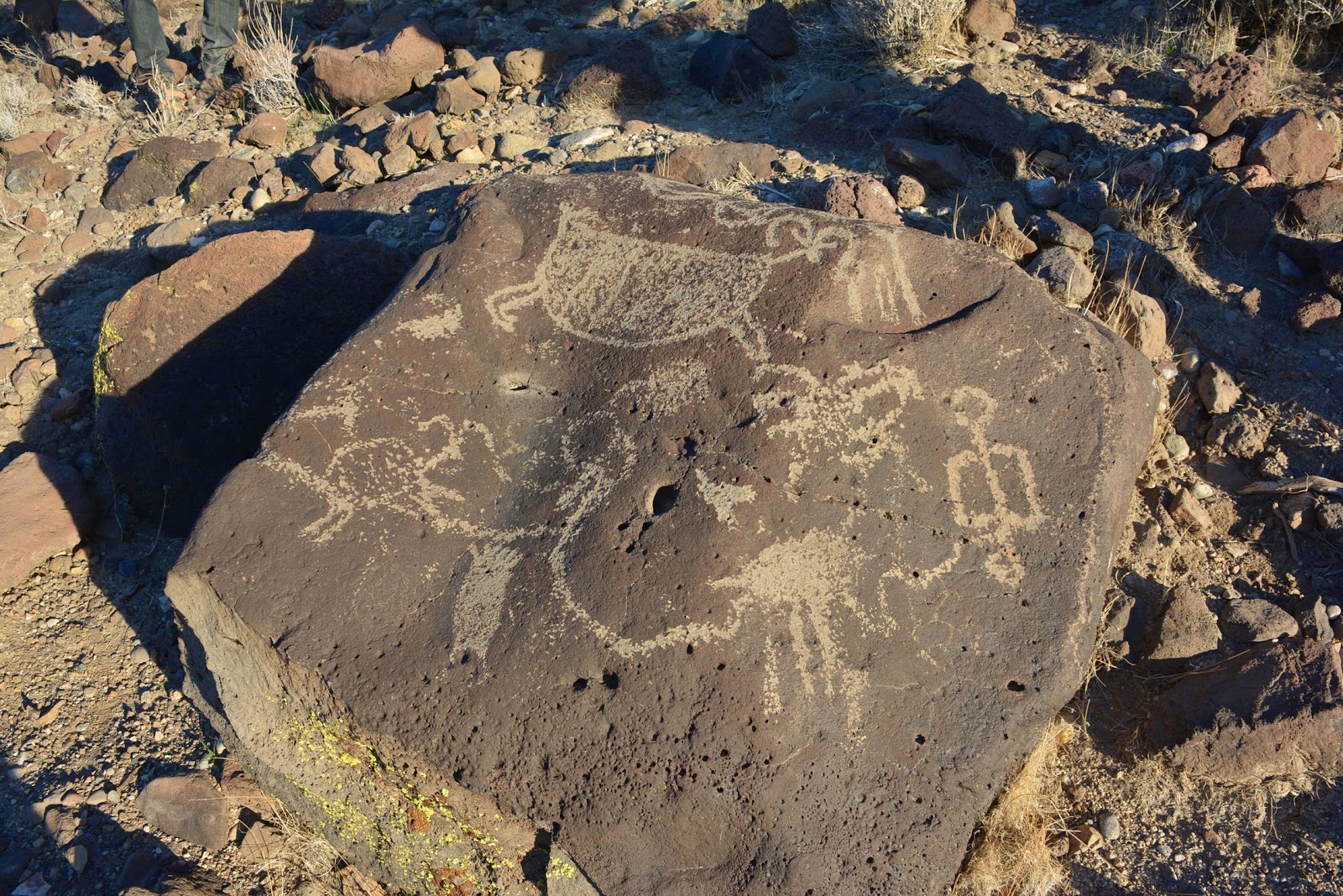 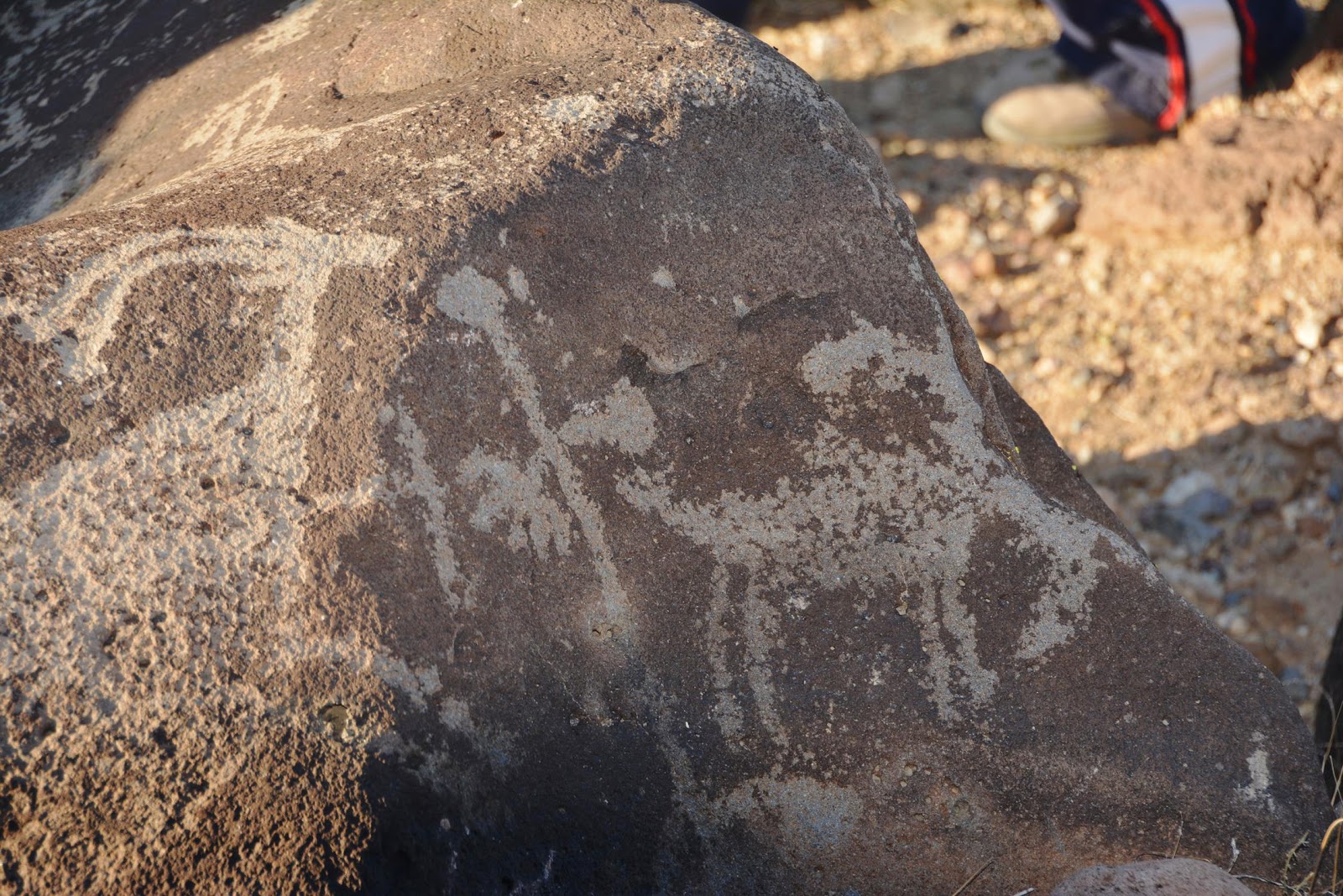 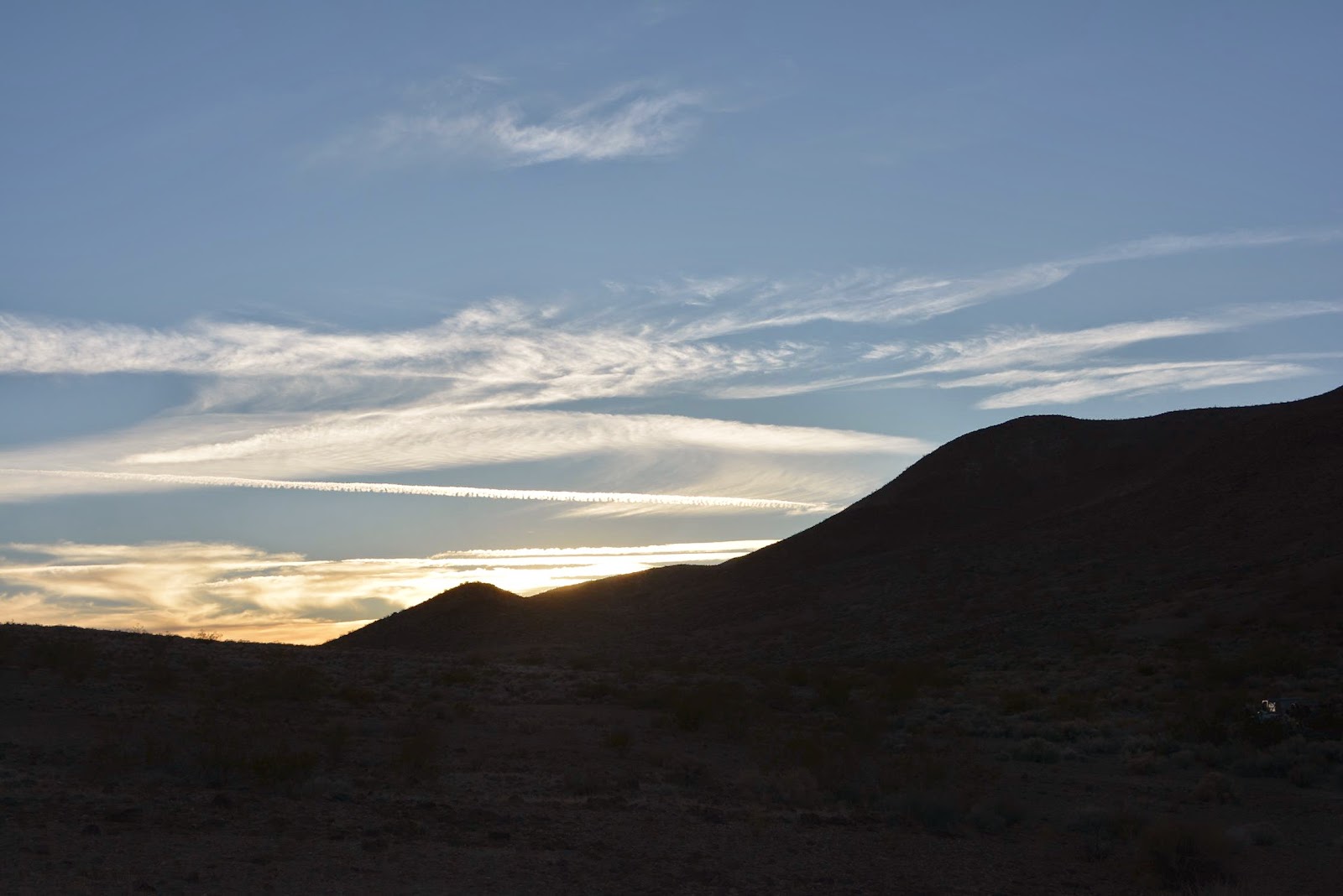 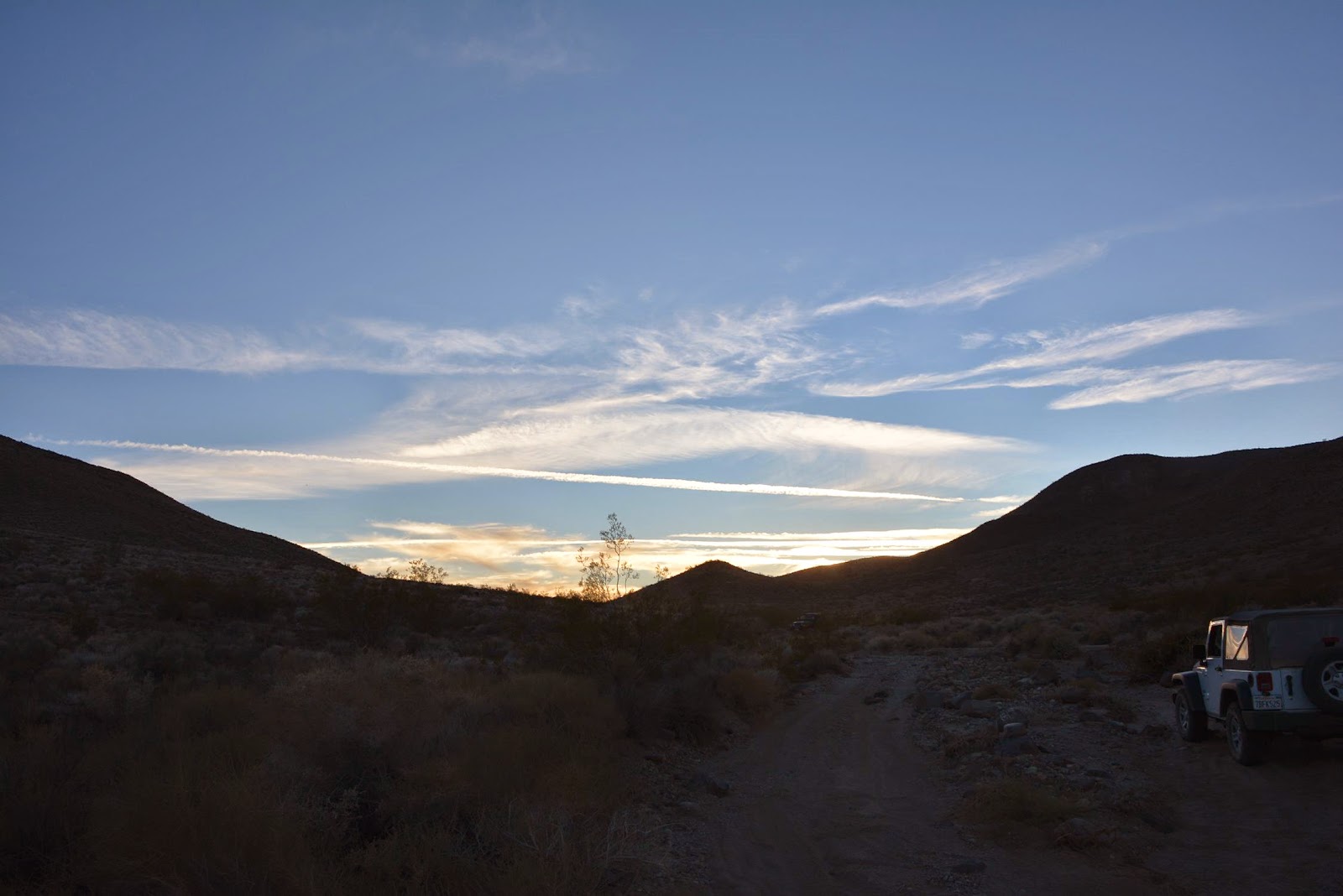 We didn't get to see a lot of the site, because it was getting dark.  Next time...