Although this place probably never qualified as an actual town, it was a desert oasis on the original Old Trails Highway (later renamed Route 66) until it was bypassed by a new alignment of the road that took most of the traffic elsewhere.  It consisted of a gas station, cafe and a few cabins. In 1965 the place caught fire and all that remained was the stone work. A guy named Ned Leuchtner bought the property and using the original stones, rebuilt the gas station and cafe.  The gas station doesn't pump gas and the cafe doesn't serve food, but they do offer up cold drinks, snacks and some awesome history.  Like most ghost towns and abandoned places on Route 66, Cool Springs is in the middle of desert and is very isolated.

I found the old photos on the internet and I'd love to attribute them to somebody, but was unable to find out who that would be. I took all the other photos last month. 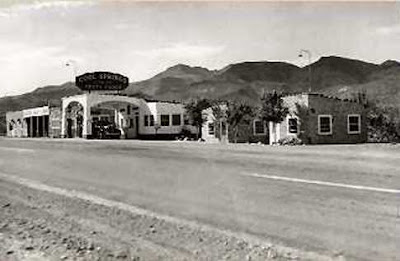 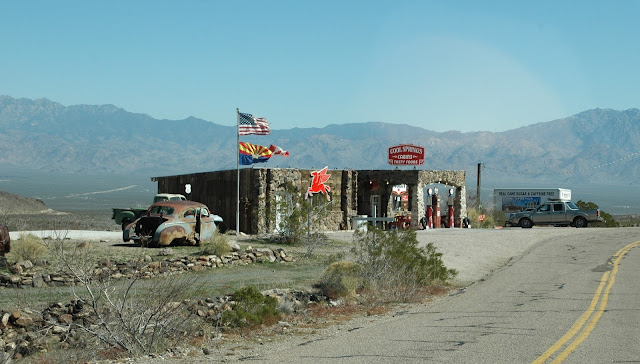 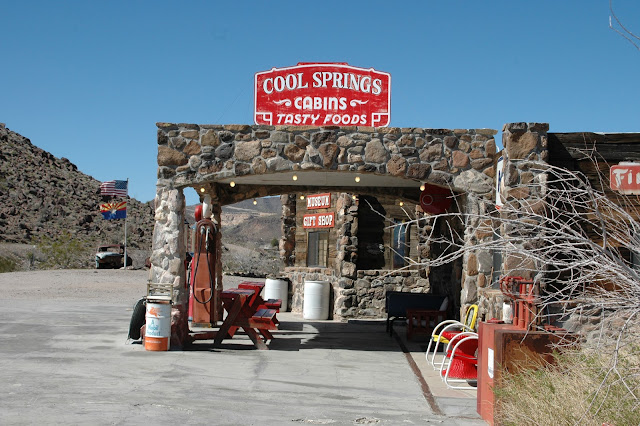 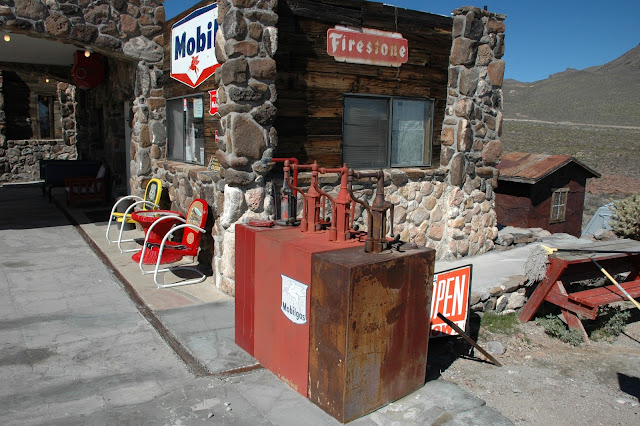 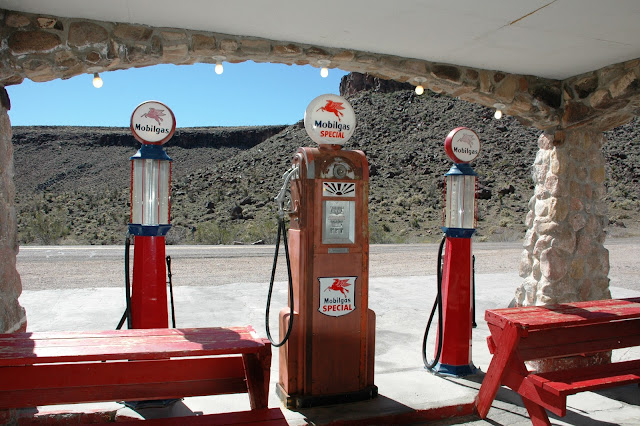 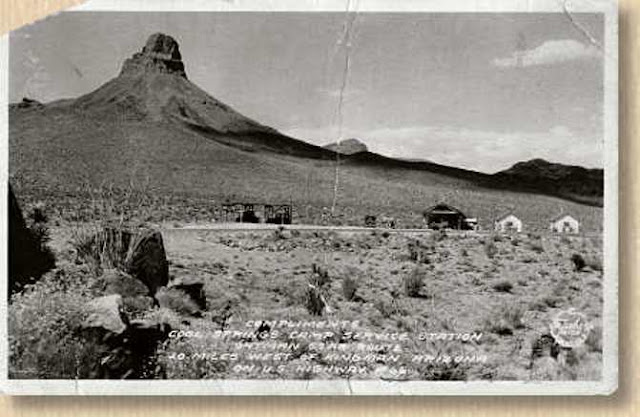 Thimble Mountain in the background. I believe this photo was taken in the early 1920s. As you can see, this is desolate and blazing hot desert. Cars in the old days couldn't stand up the desert temperatures like they can today and many people perished in the desert heat. These little outposts of civilization were literally life savers. 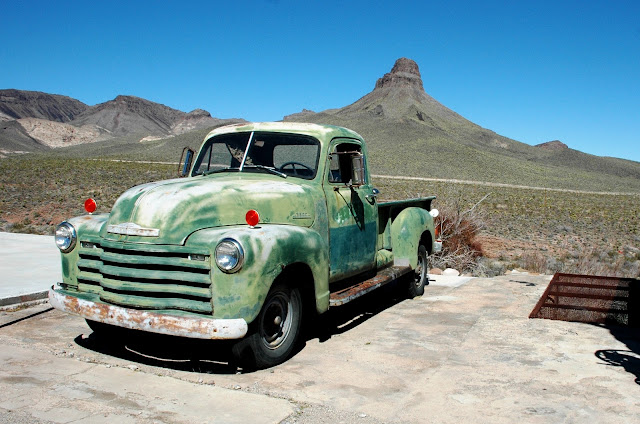 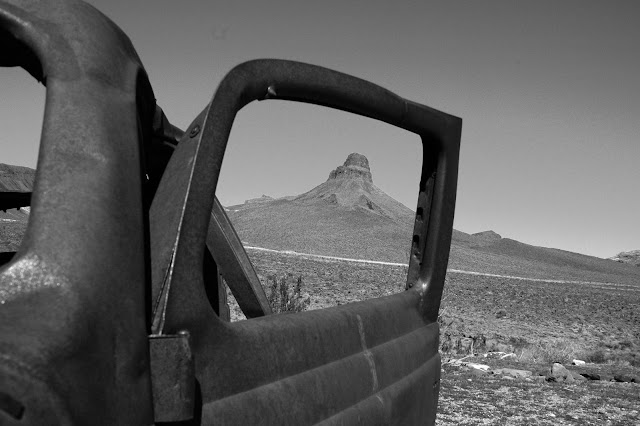 Another photo of Thimble Mountain I took through the window of one of the many old wrecks around the place. 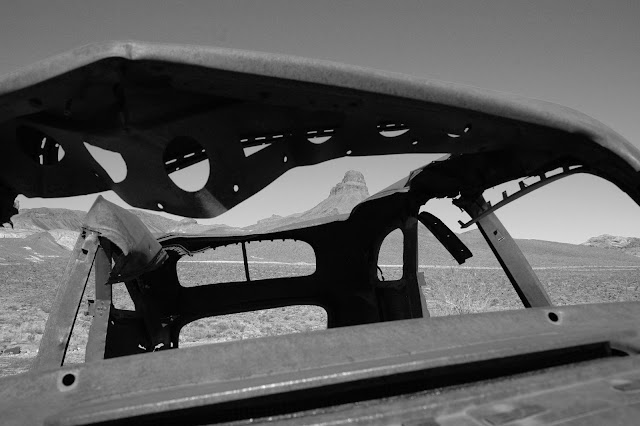 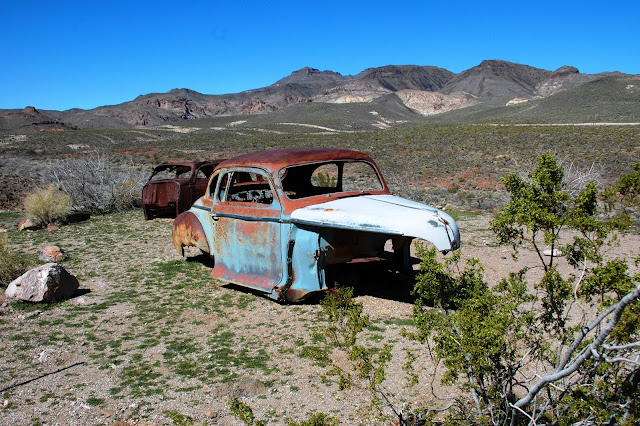 Speaking of wrecks, you know I was happy to see all these old cars and trucks. 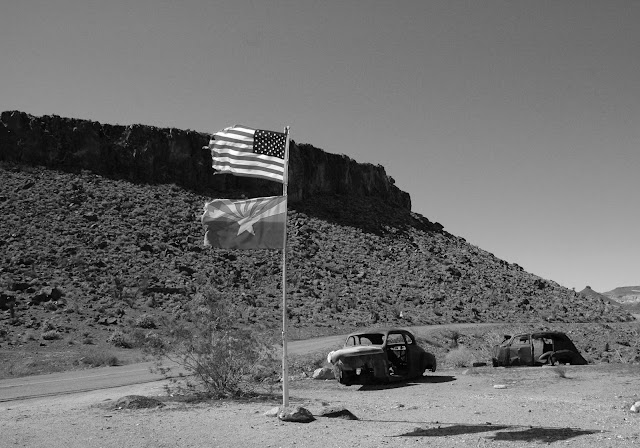 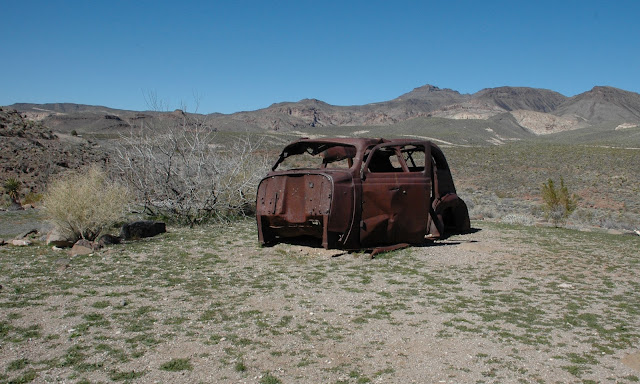 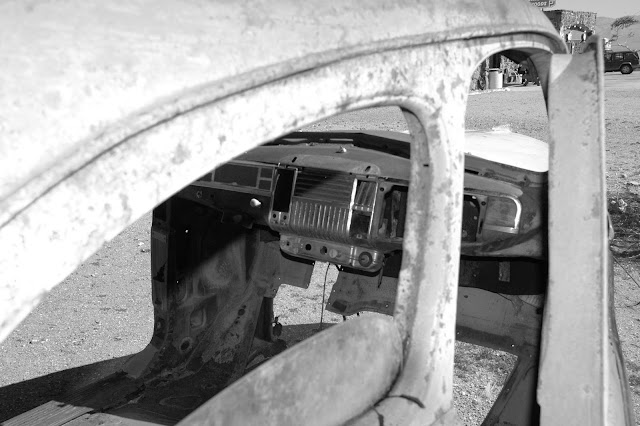 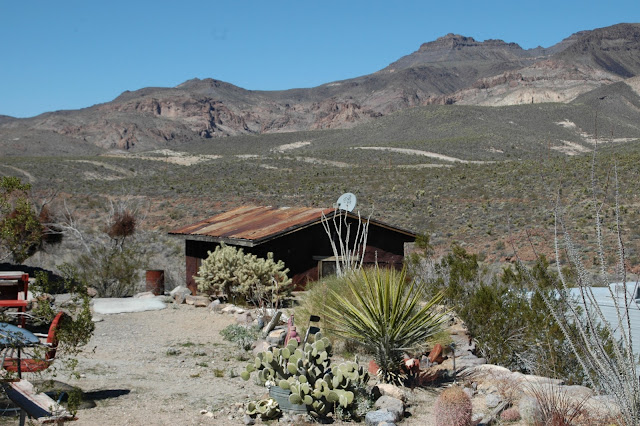 This may have been one of the original cabins, but I don't really know. However, I'm pretty sure that they didn't offer satellite TV back then. 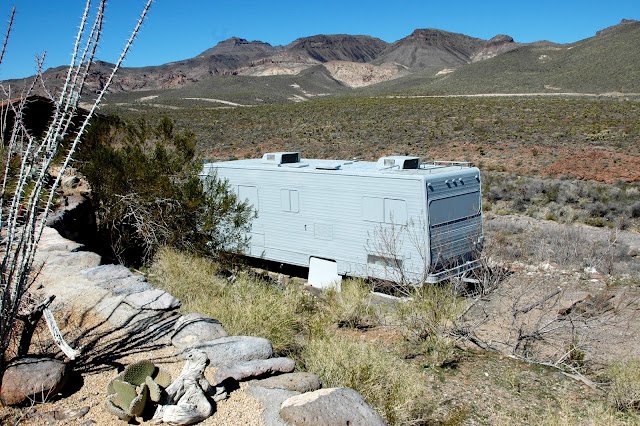 What jaunt into the desert is complete without a desert oddity?  Yes, it's a Class A RV and EVERY inch is covered with paint. It may be in the middle of nowhere, but if you've been limping across the desert trailing a plume of steam from an overheated engine, its an oasis...
-----------------------------
While the new alignment of Route 66 led to the demise of Cool Springs and many other places; those along the new alignment, like Yucca Arizona, prospered. Eventually, a new Interstate Highway (I-40) bypassed them as well (including Yucca).  As we were on the trail of history, we went there . Yucca will be the subject of a soon to come blog post.