The Road Runner Retreat was another little desert oasis along Route 66 in the Mojave Desert.  It may not have been an actual town, but it was still an important dot on the map for travelers.  The official Postal address of this place has it in the ghost town of Amboy, but it really isn't that close to it. This place suffered the same fate as many others when the new Interstate Highway (I-40) bypassed it in the early 1970's. Although it doesn't get the same notoriety as Roy's in Amboy, it is just as much of a treasure. 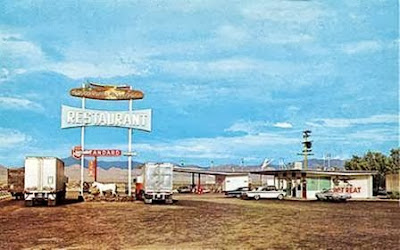 photo circa 1962
Like most of these little outposts, the Road Runner Retreat consisted of a gas station, auto repair shop, cafe and some cabins. I have no idea exactly when this photo was taken, but judging by the cars in the lot, I'd say it was in the early 1960's.  I'd love to give the original owner of this photo some credit, but I have no idea who it was. I also can't find out when this place originally opened. 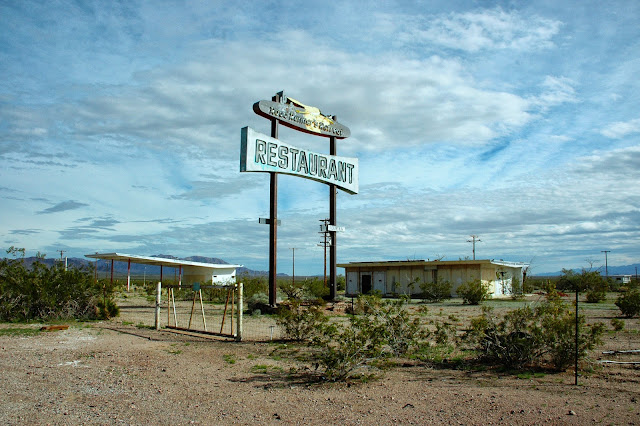 I took this photo and the rest of them in March of 2013. Not much left of the place, but it is still recognizable when compared to the photo above. 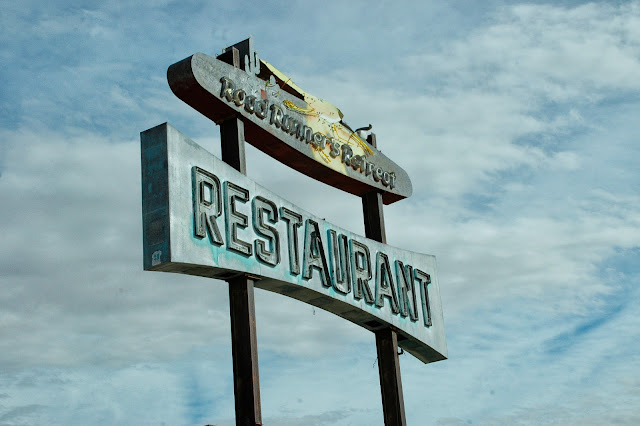 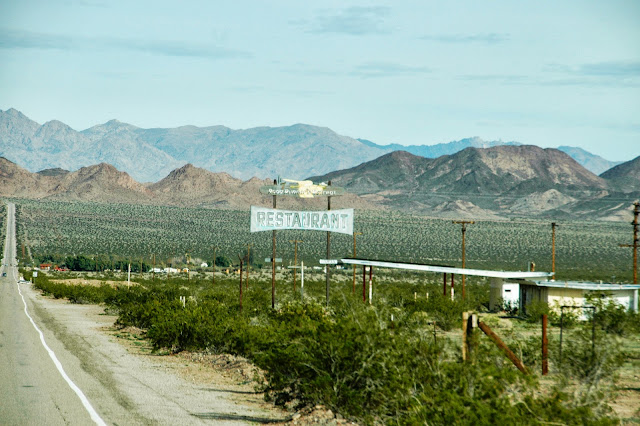 Lots of nothing for many miles. 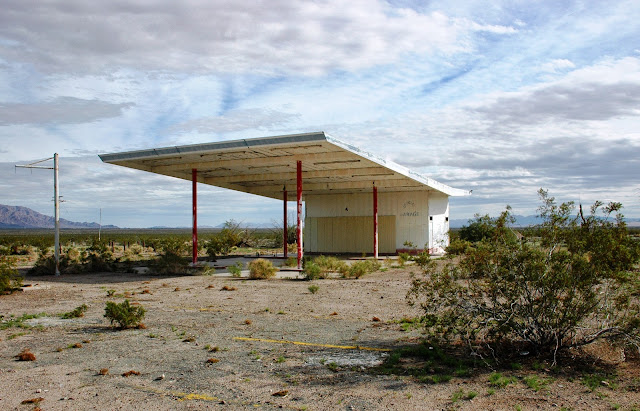 Here is the gas station.  I wonder what the sign was that hung just to the left of it? 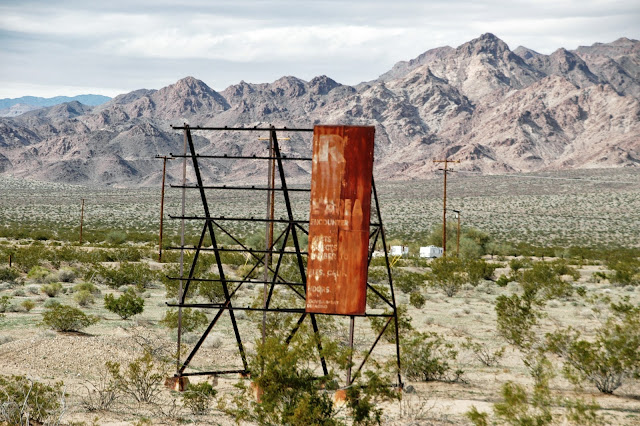 This was taken across the street from the Road Runner. Once again, I REALLY would like to know what this sign said.  Oh well, it still made for a nice photo.
-----------------------------
This week and next we are on our favorite mountain ridge. For the first time ever here, we have a decent phone signal (that makes this post possible). Unfortunately, there has been a high wind alert for just about the entire week and we've pretty much been glued to our RV. I'm not complaining though, this is the view out the door and I'm catching up some much needed relaxation.  Today was much better and tomorrow we're going to get out and do some hiking and exploring around Lake Cuyamaca. 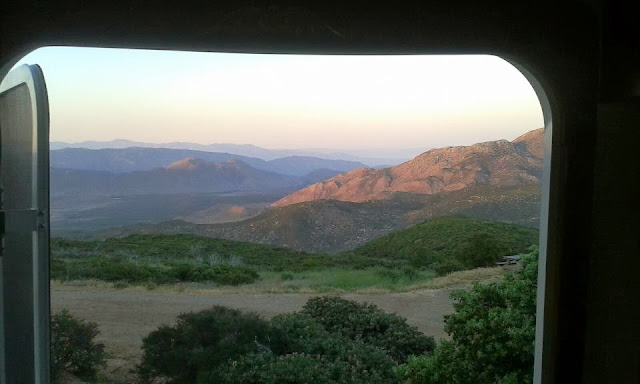 My wife took this with her phone (Geez, I may switch). The valley floor is part of the Anza-Borrego Desert State Park. The Salton Sea is also barely visible on the horizon, about halfway down that brown mountain to the right. 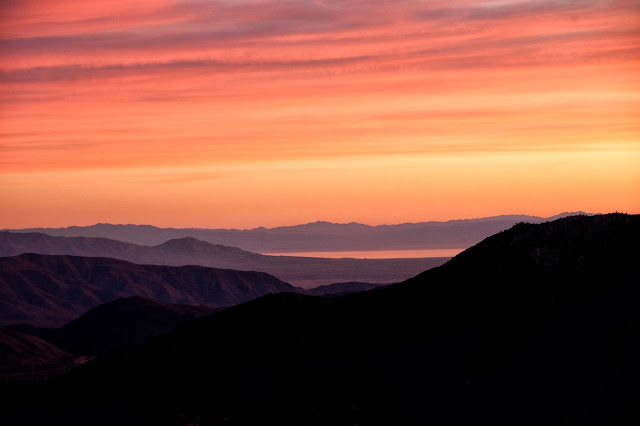 Just about the same photo, taken with my camera at sunrise.  It was also taken out of the door of our RV. You can see the huge Salton Sea a lot better in this one.