Not long ago (yes, I'm way behind) I visited the Sheep Springs Petroglyph site, located in the El Paso Mountains Wilderness Area. A beautiful, rugged and isolated area that is chock full of history. I had never been to this site before. The details of how that happened are located after the last photo. 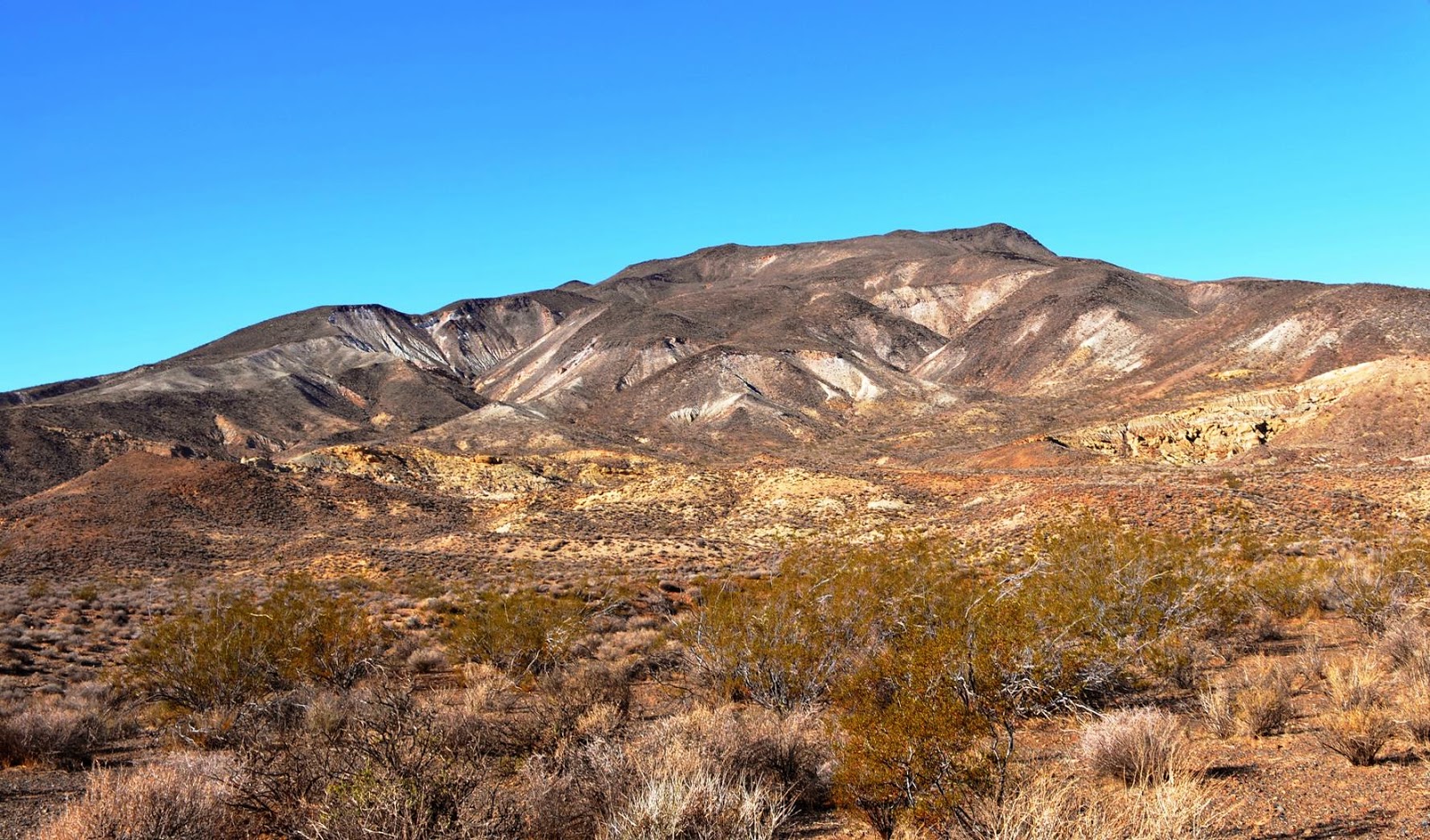 We had already been to a few stops this day. We are are now headed toward those mountains. Big beautiful and wide open. 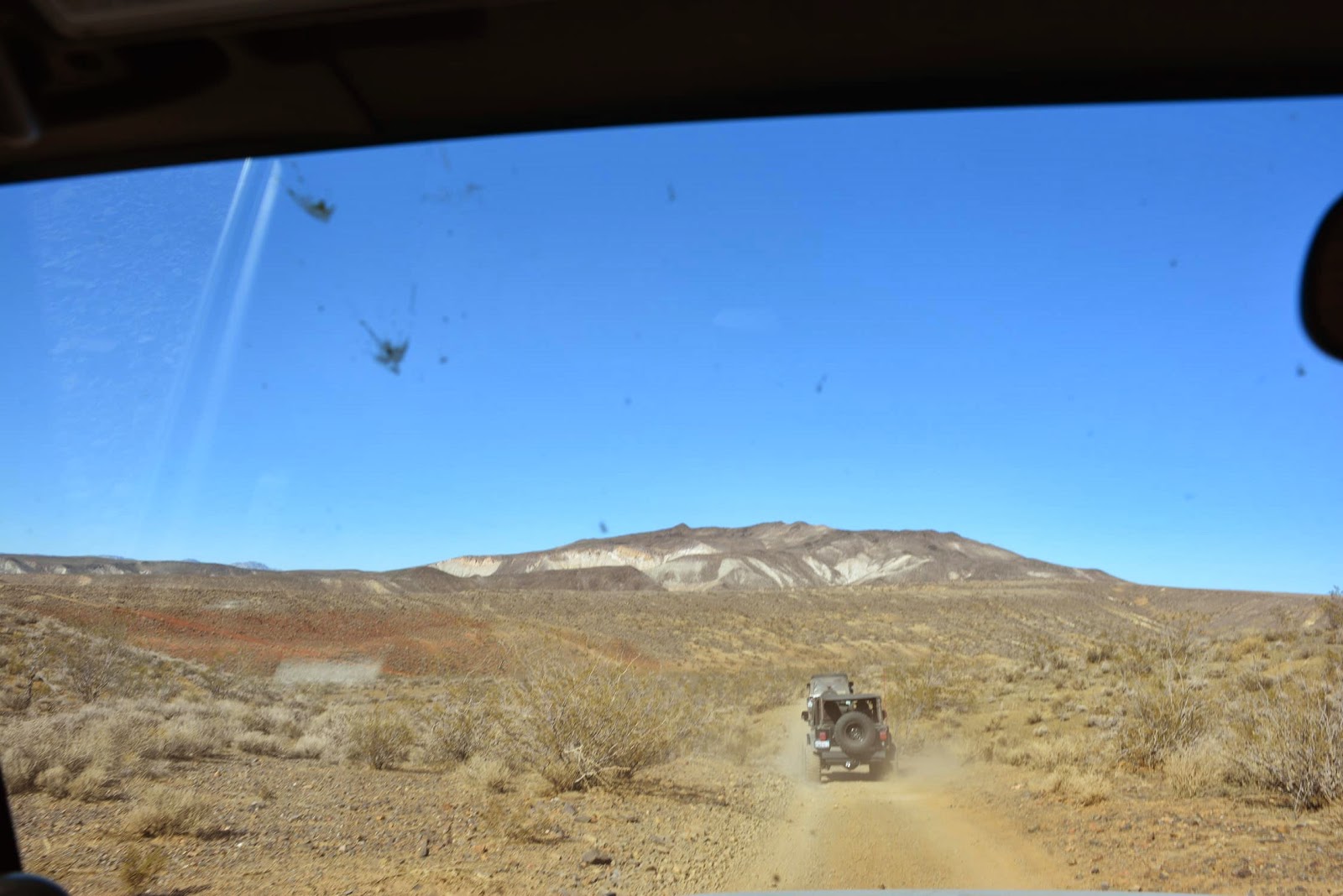 It looks pretty far, but the road is looking pretty good. You've heard that from me before, right? 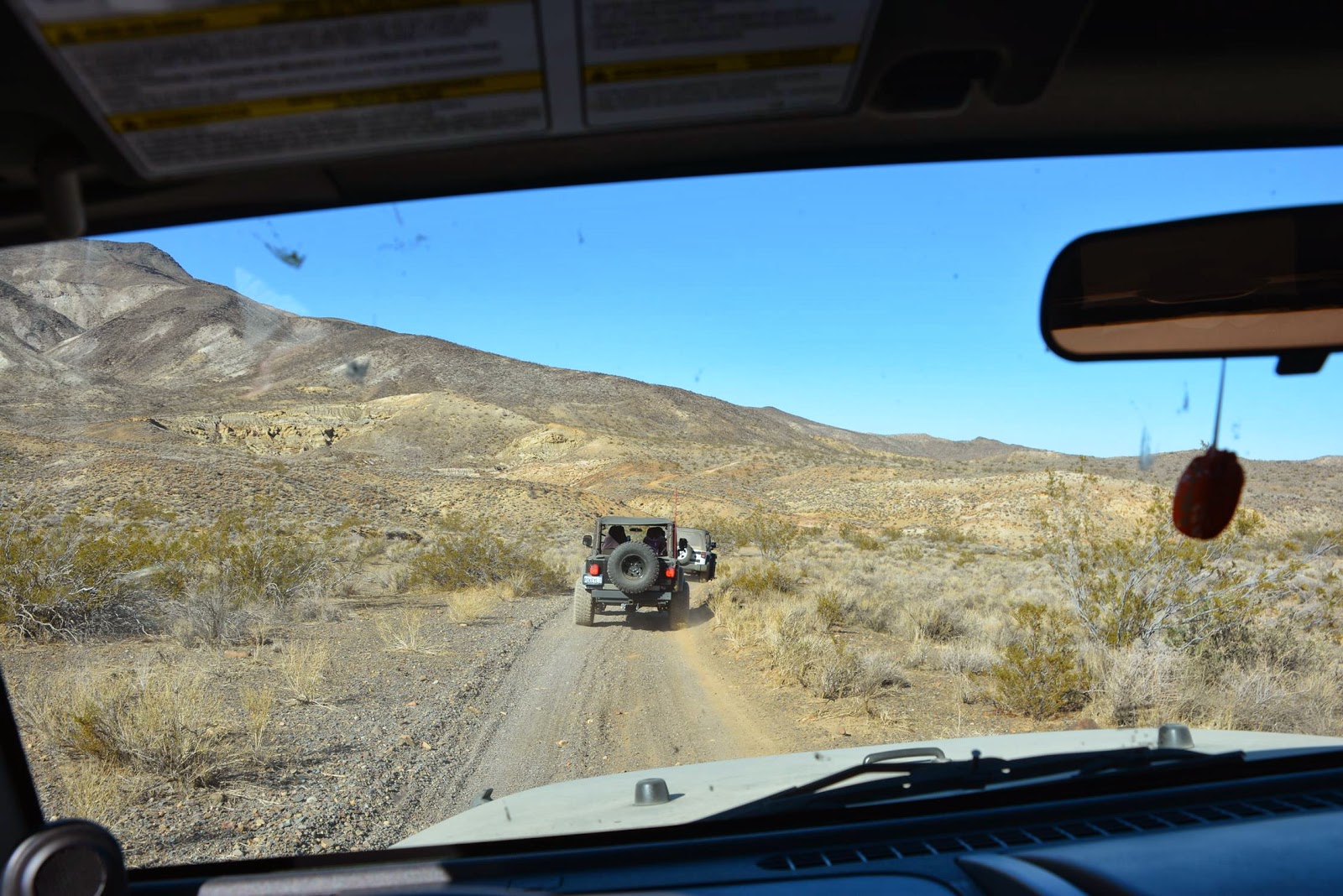 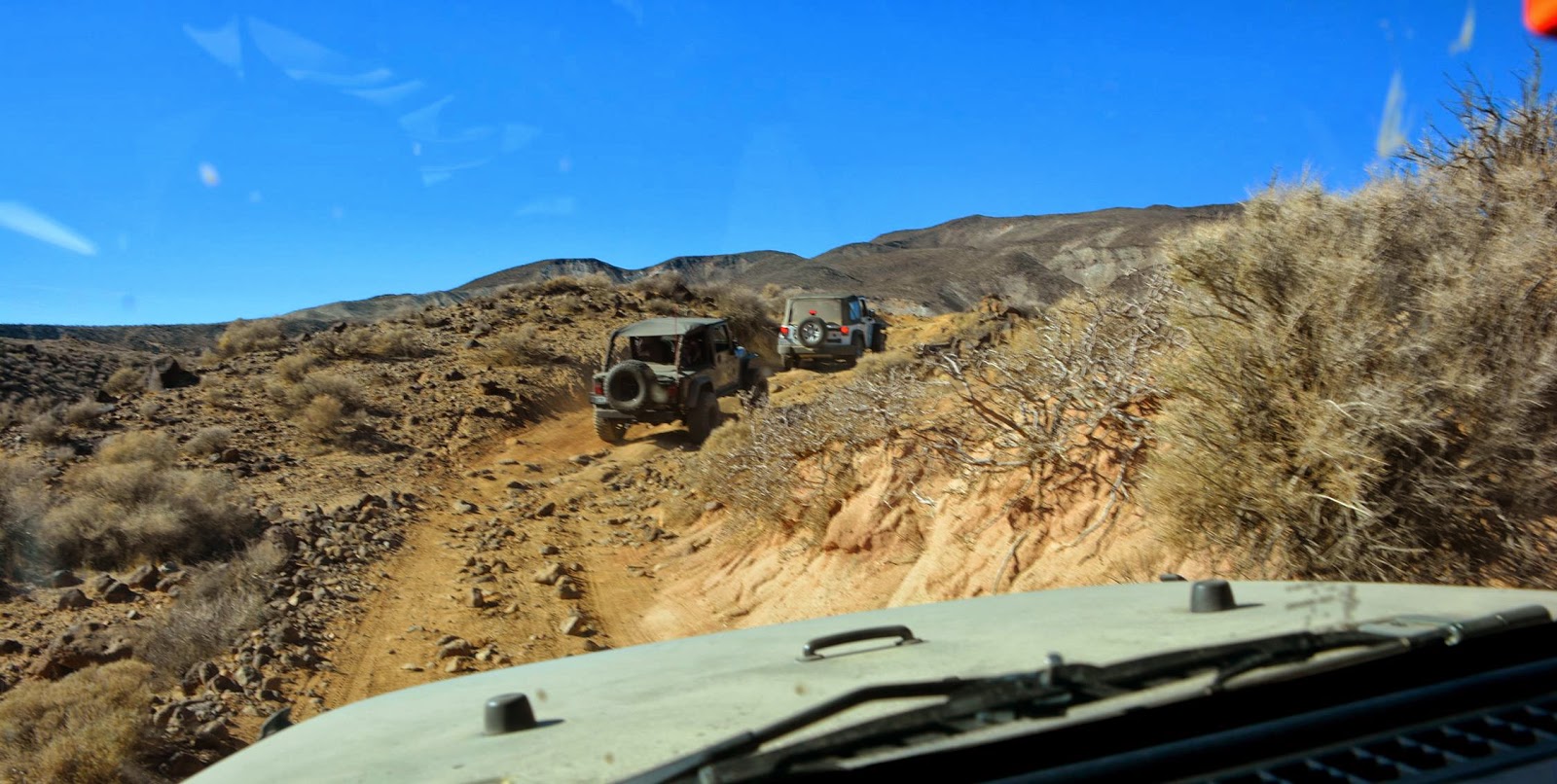 Here comes the fun part. For those of you that haven't done this, it really is fun. 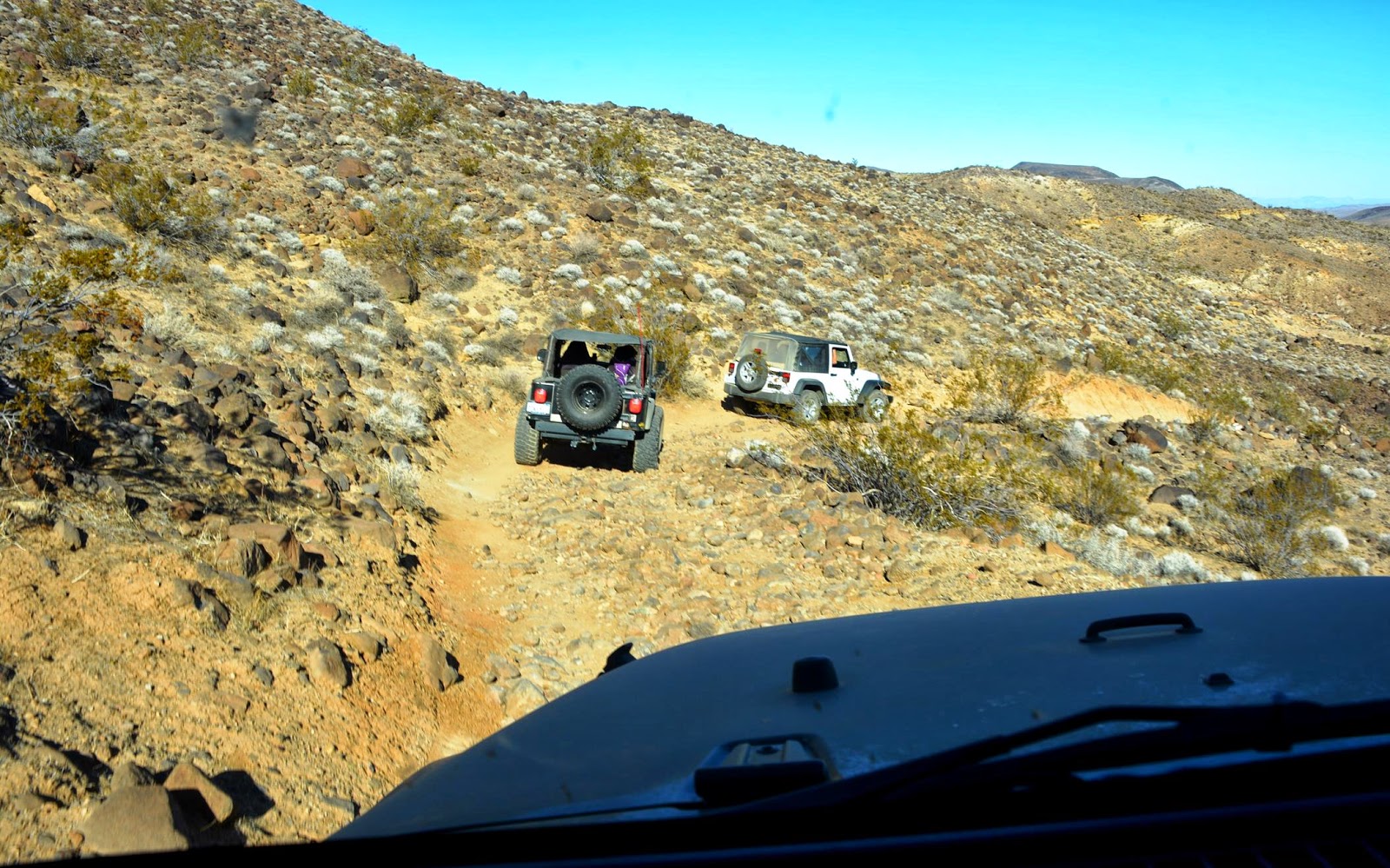 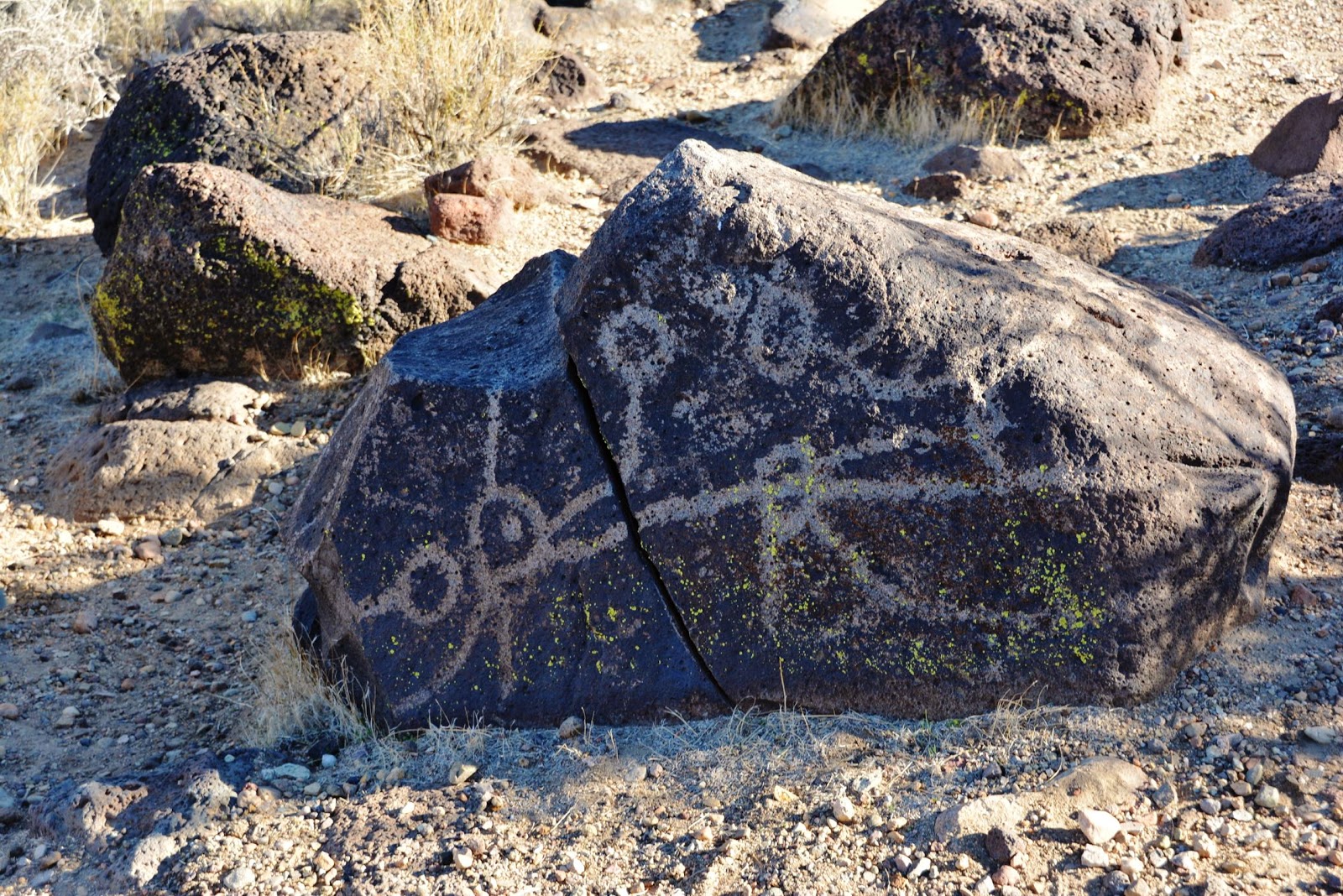 Somehow, I have no photos of the transition from vehicles to rock art. There are a lot of petroglyphs here and this is one of my favorites. 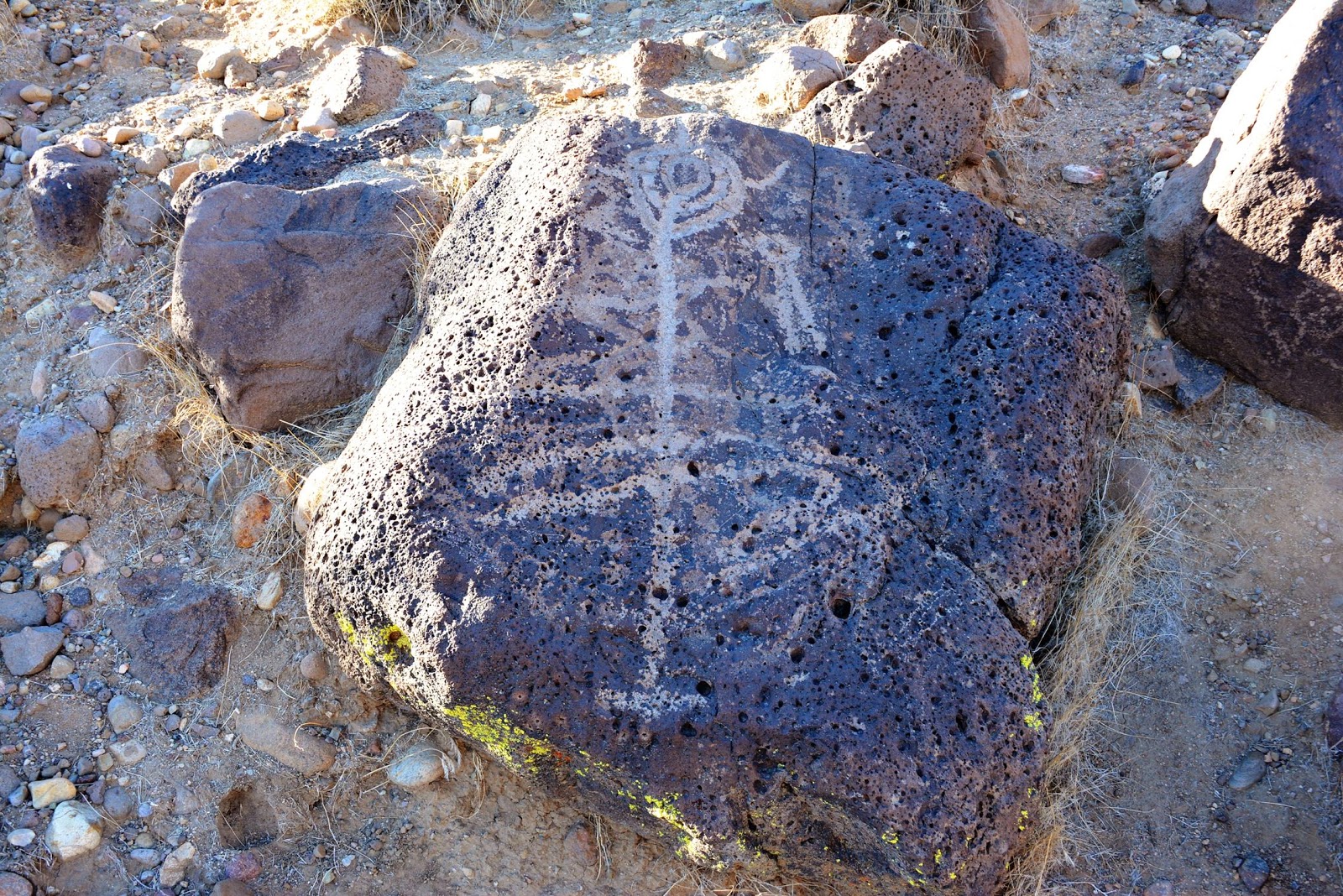 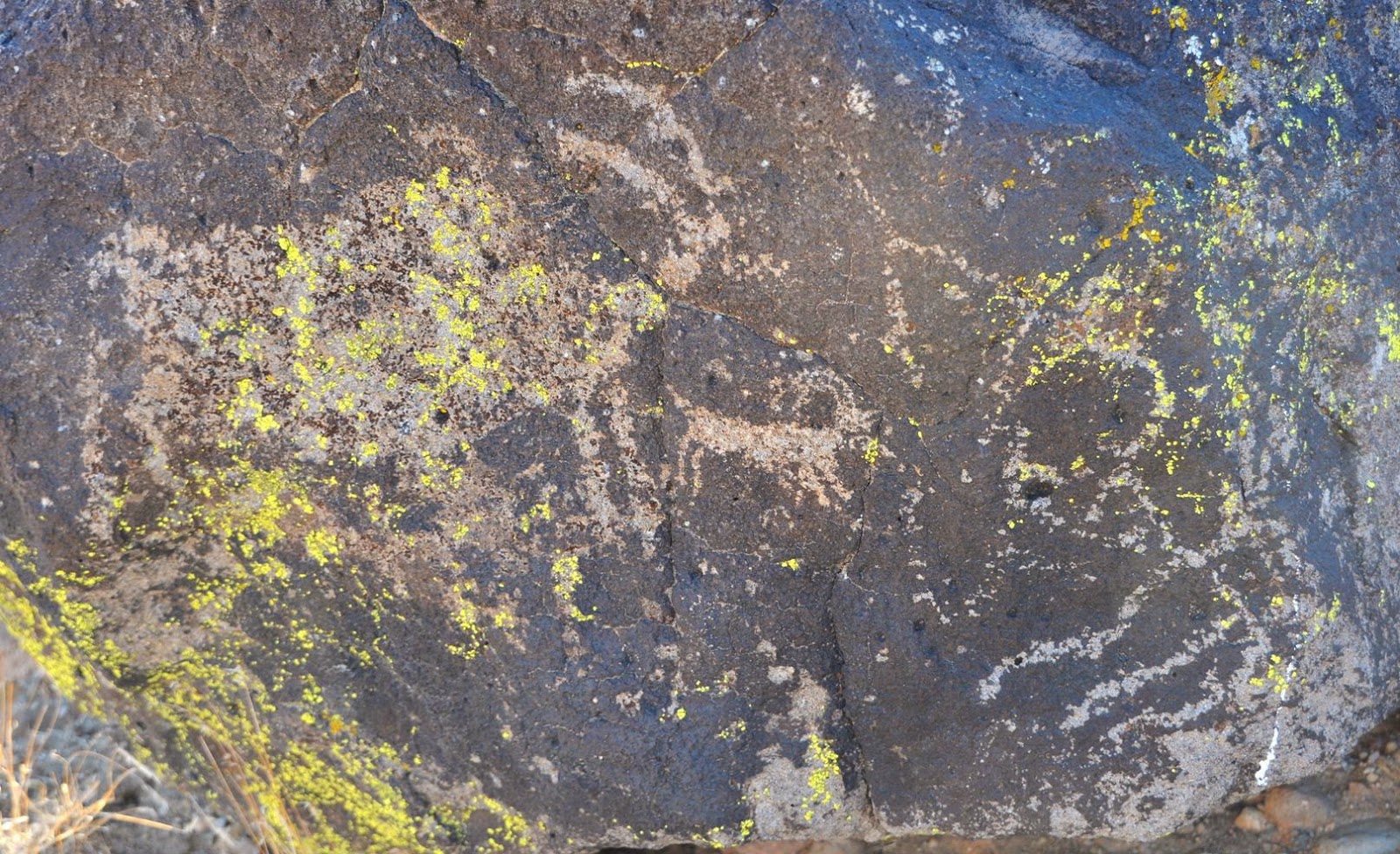 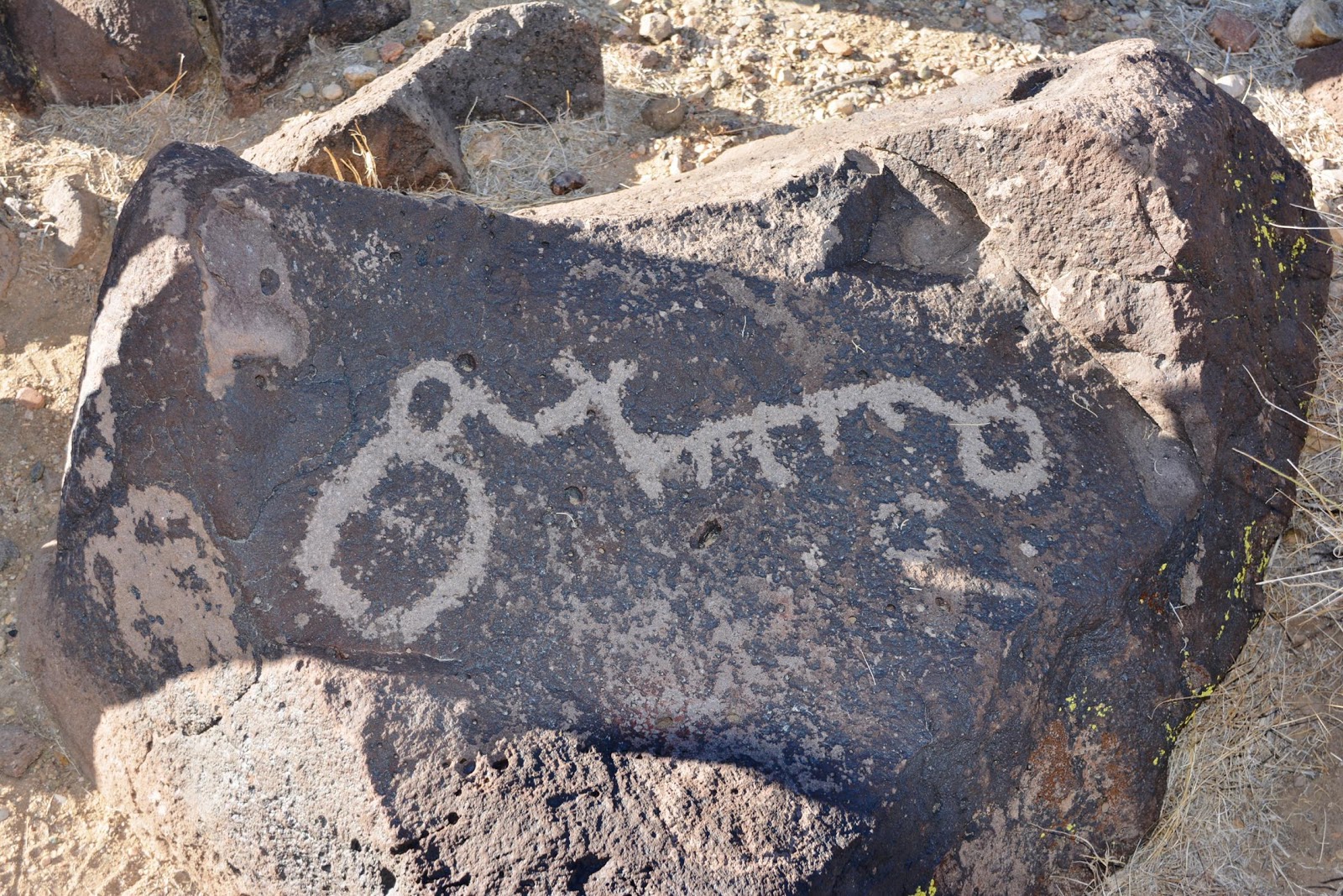 Anthropomorphic/Zoomorphic hybrid (left side of rock) 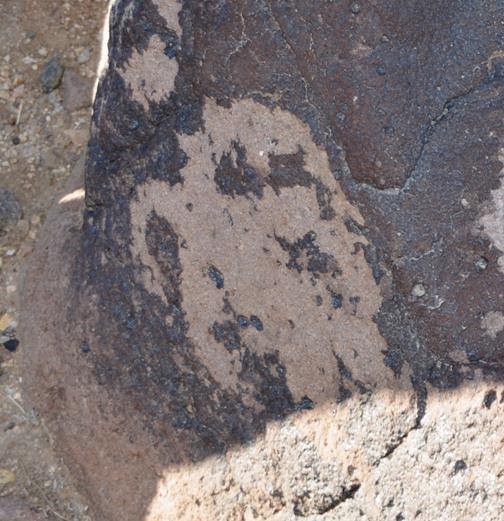 Close up of the part man, part animal petroglyph 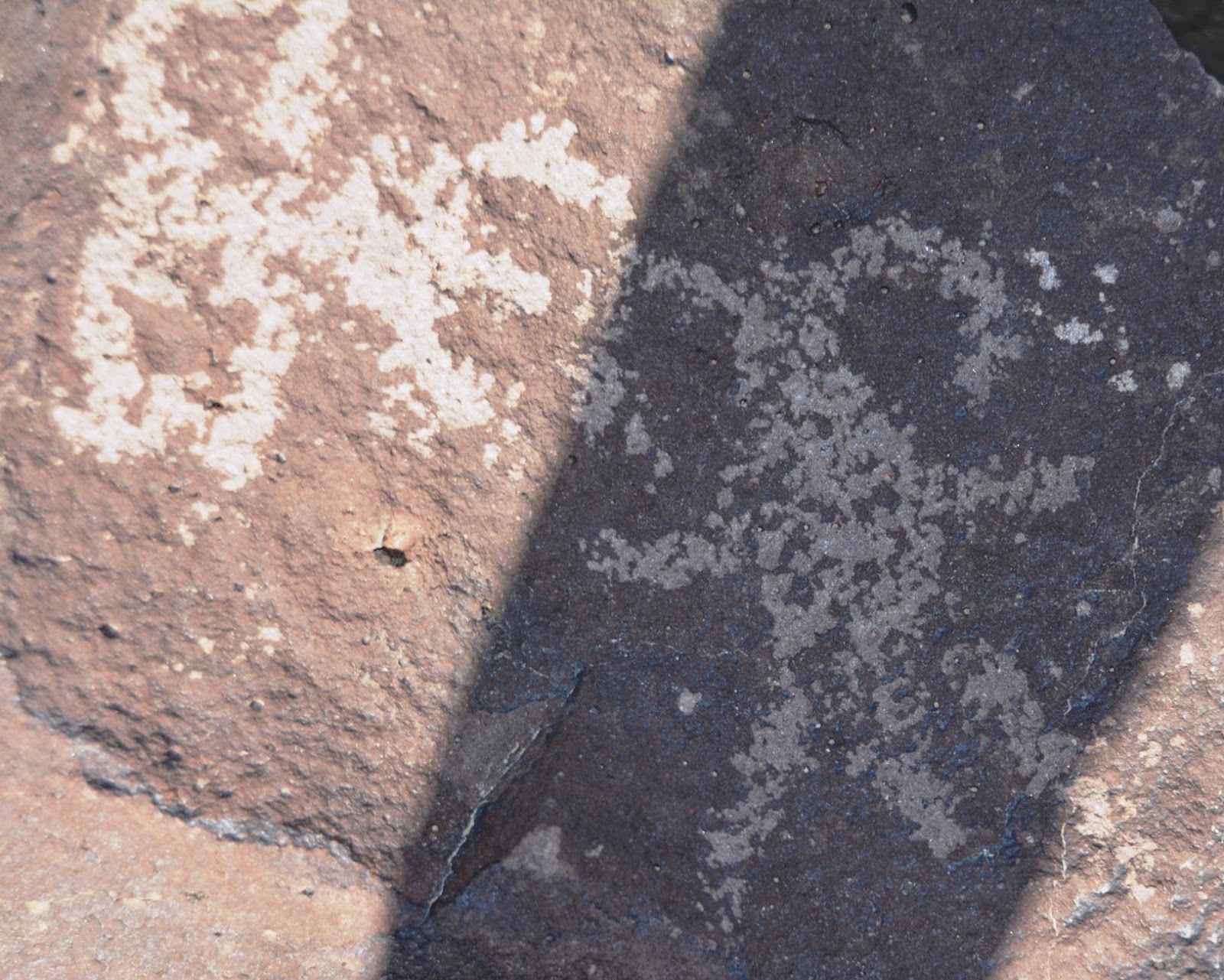 Here is another example of the hybrid. I know there is a better word for that, but I can't think of it just now. 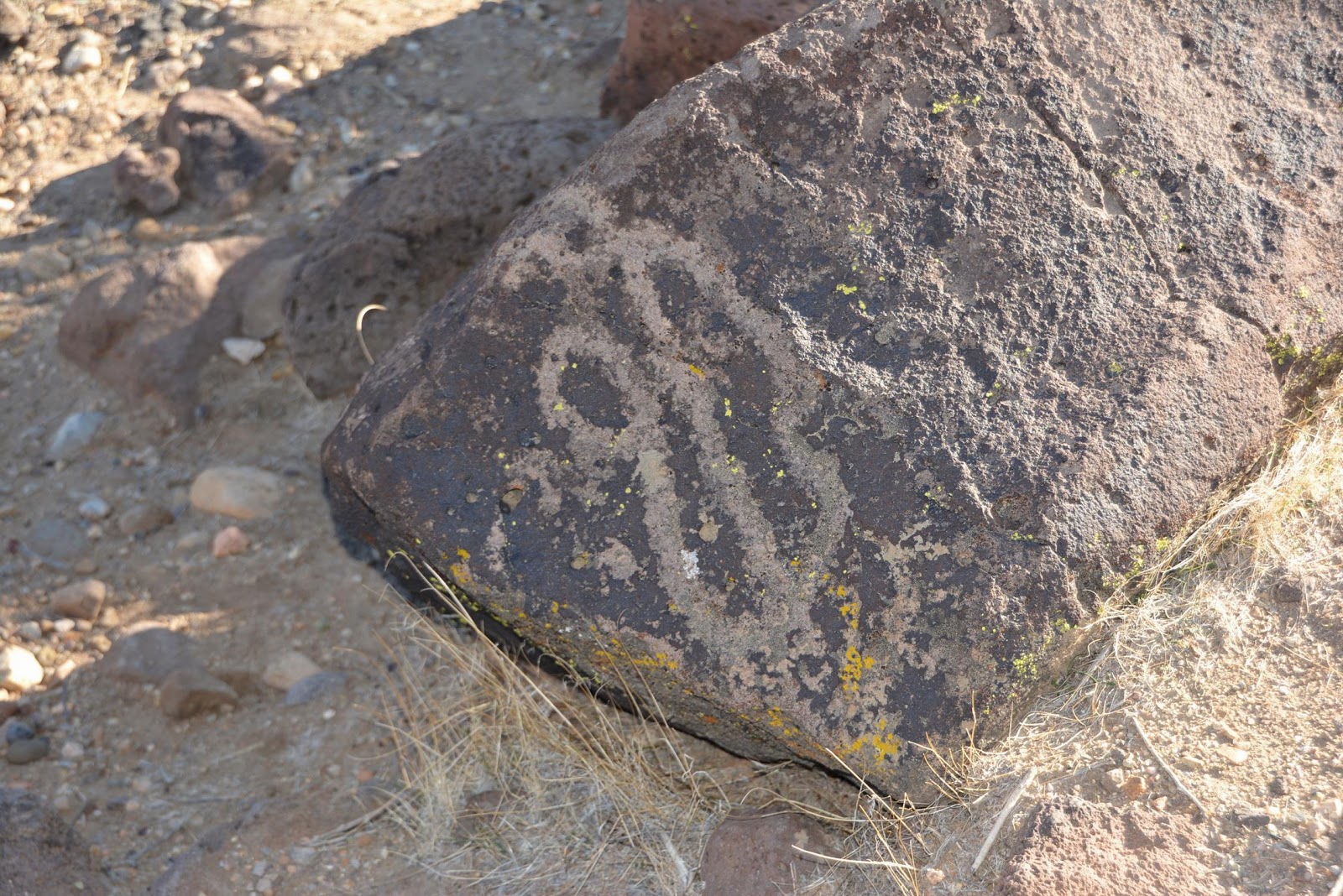 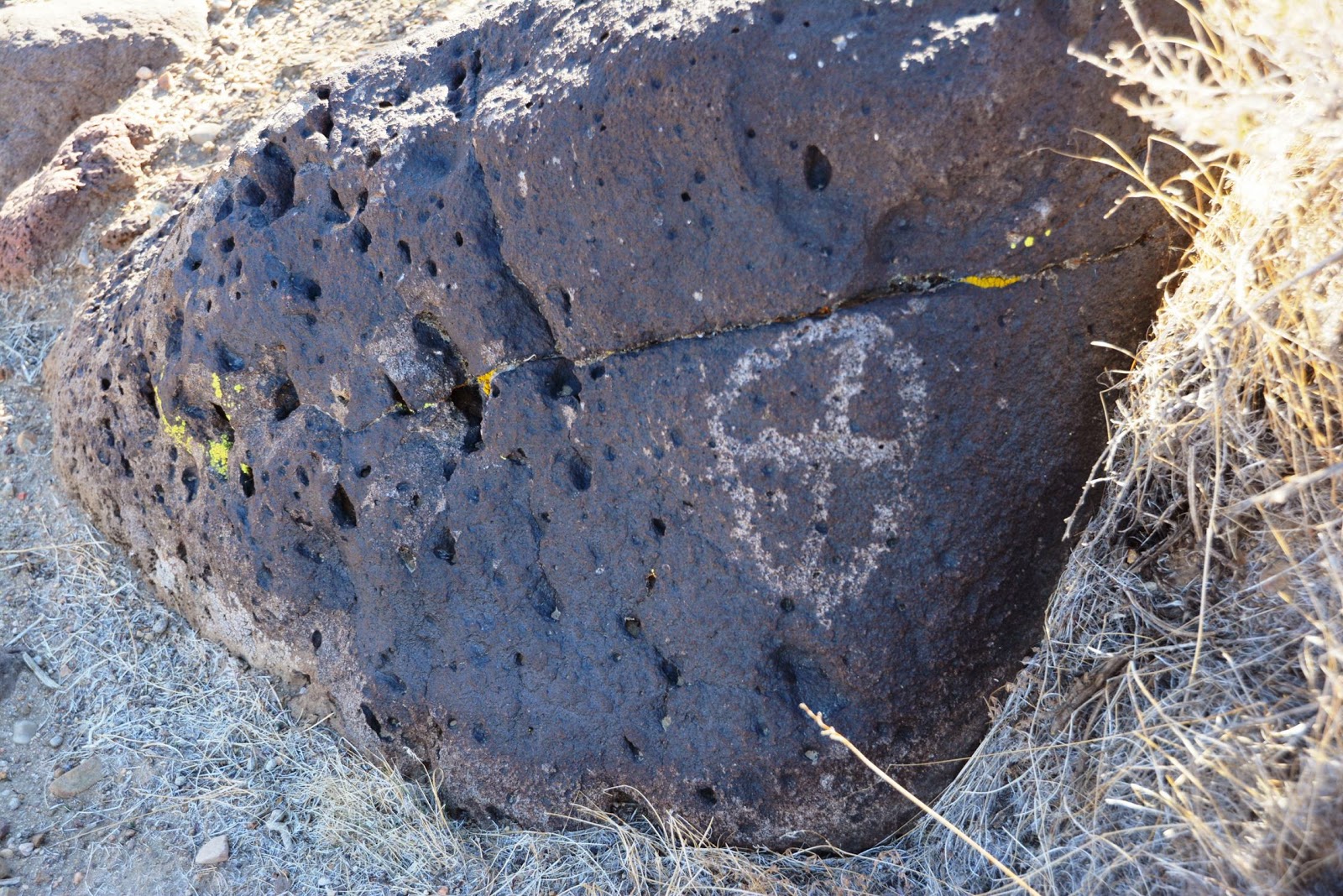 Many designs are made of four parts. I've read several explanations relating to them. The four seasons, four main directions, four phases of life, etc. I also read that it is just a shield.... 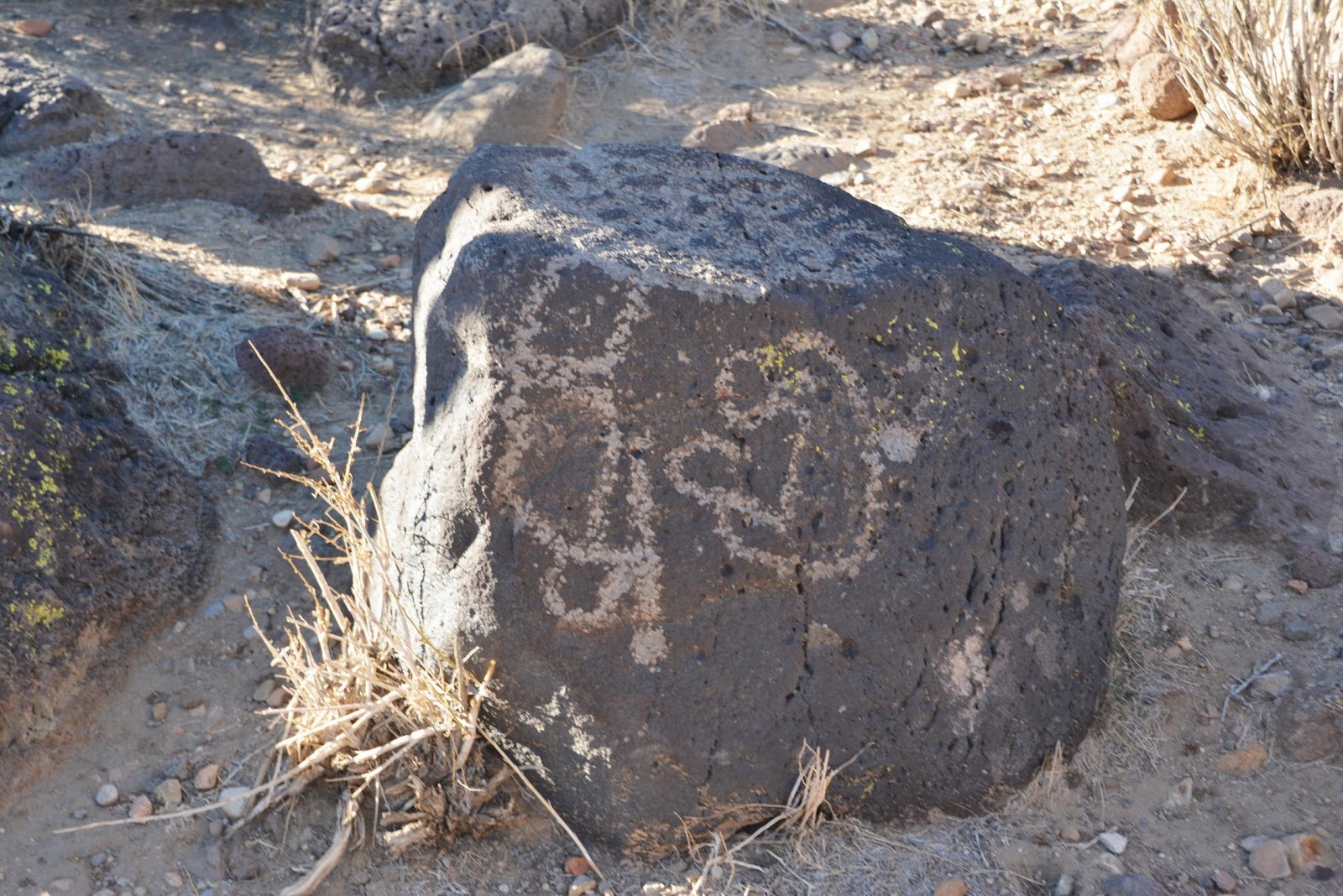 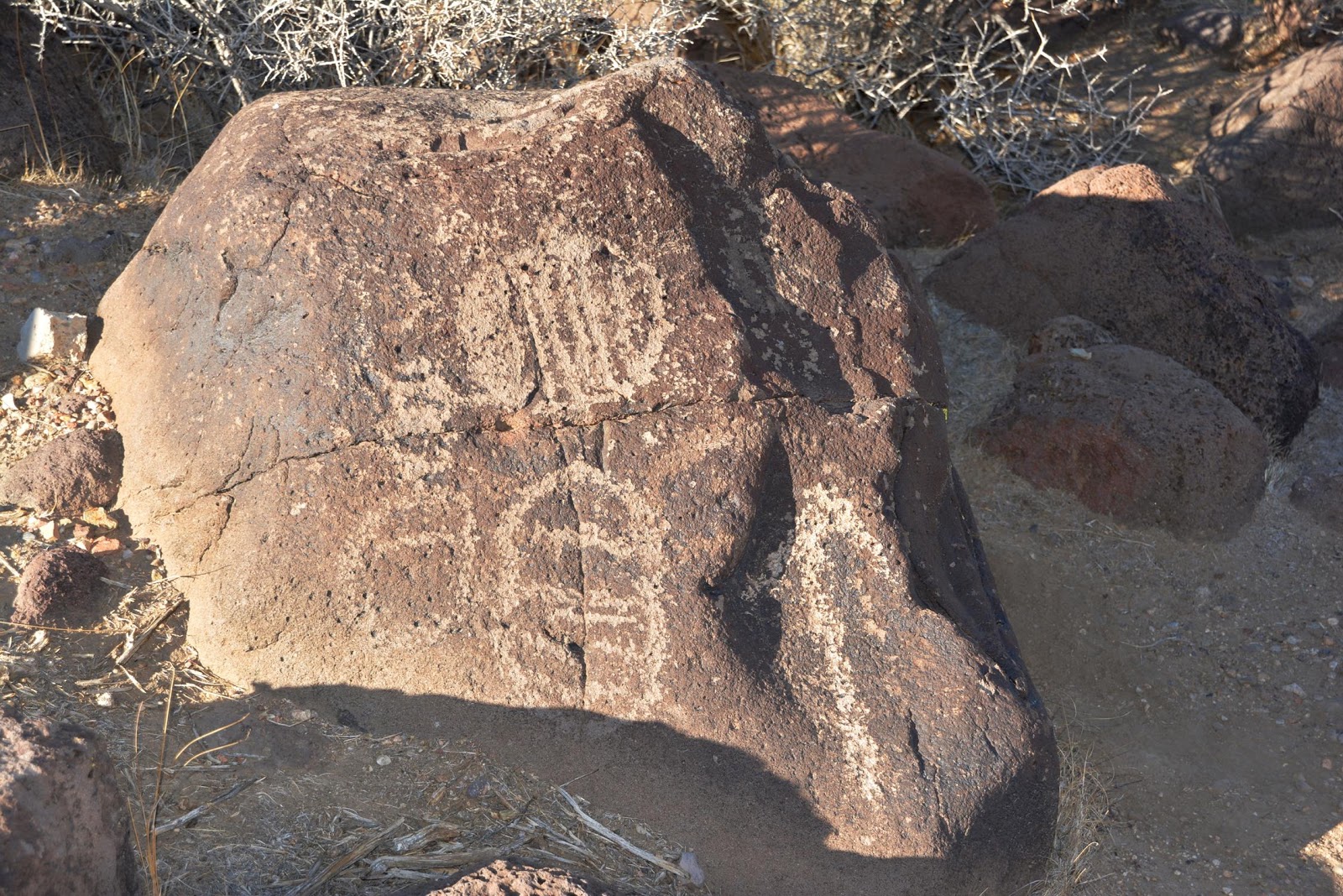 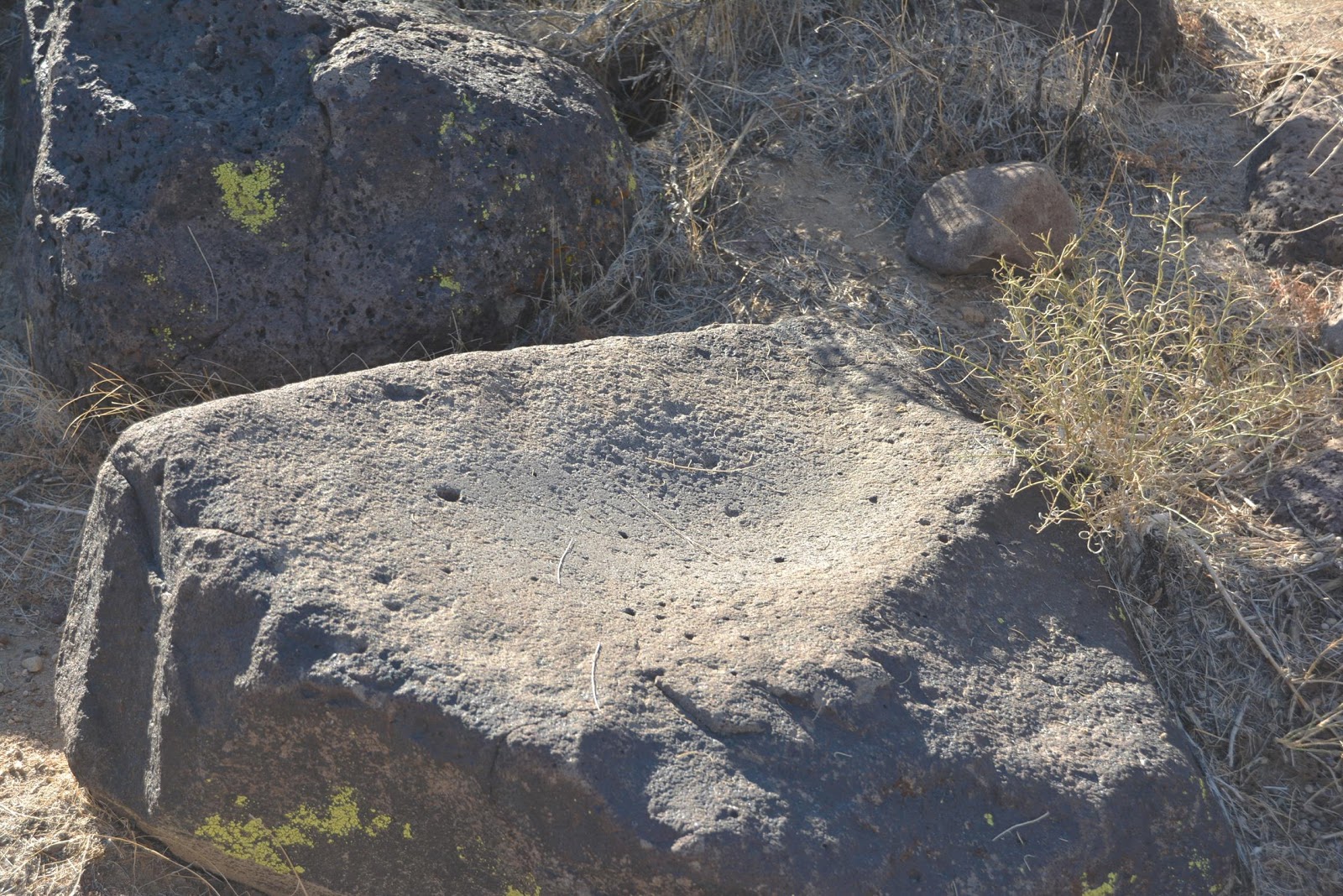 A very old milling or grinding stone. Usually referred to as a "metate" or "slick." 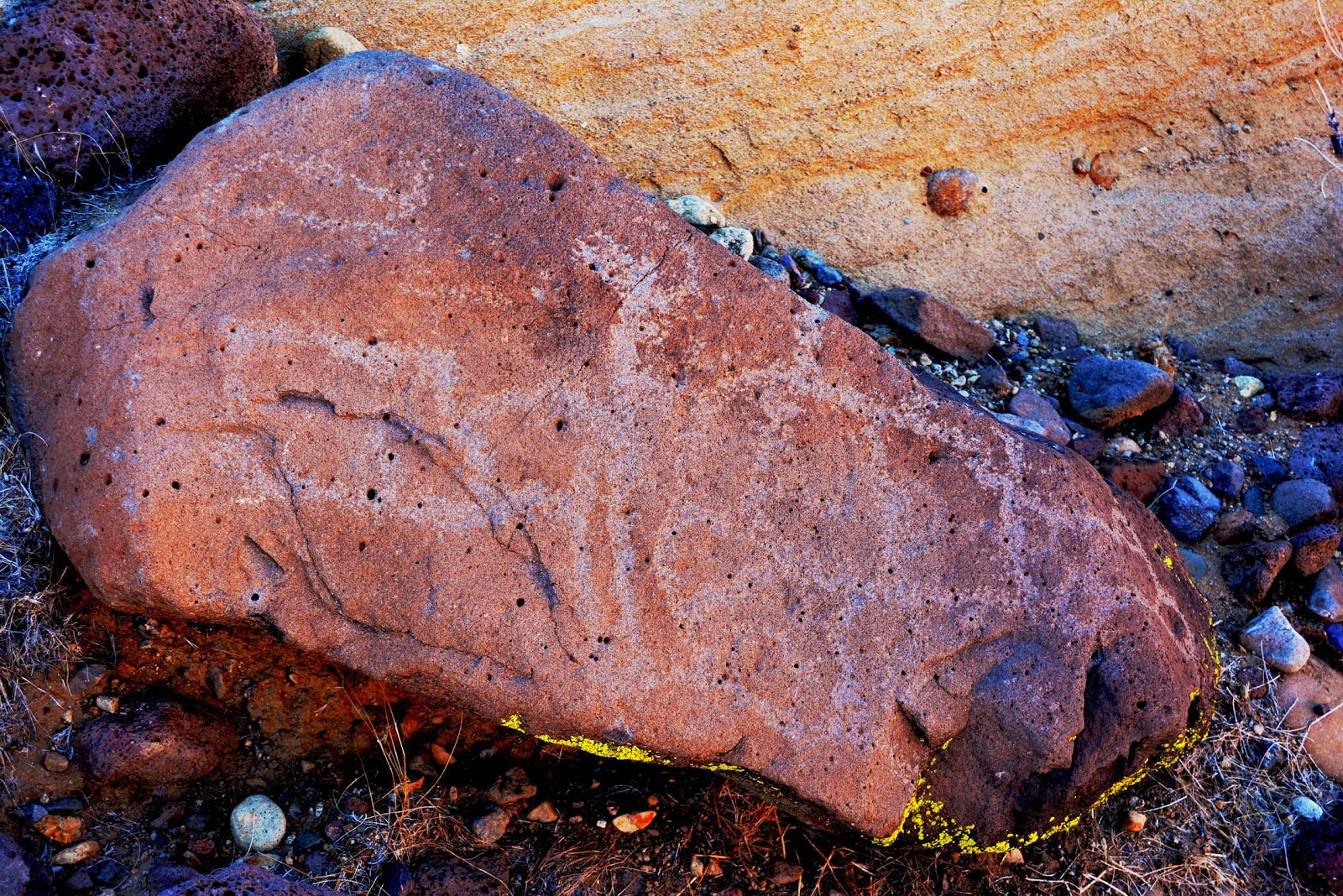 I have no idea what kind of creature this represents, but it is very cool  Maybe a centipede? 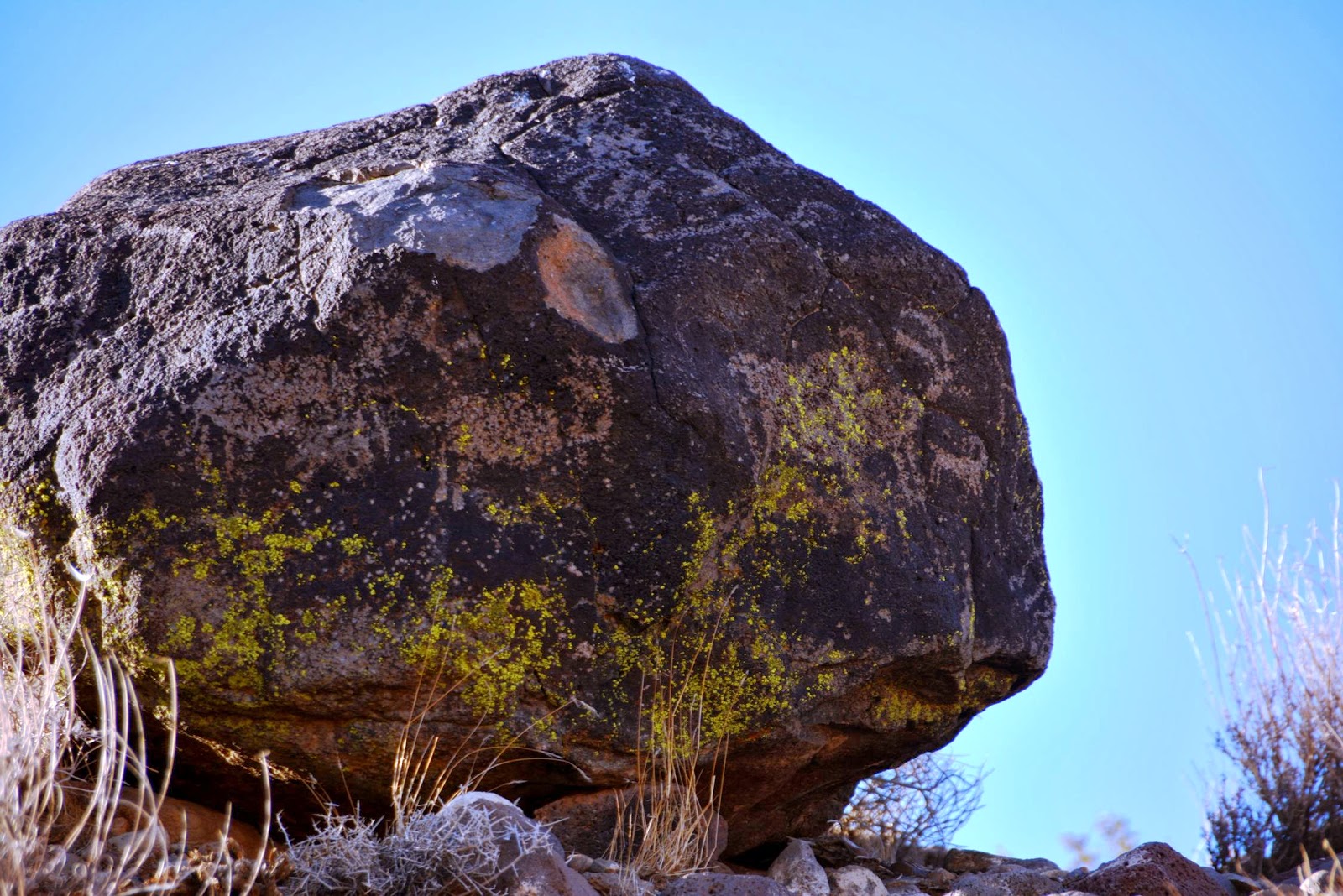 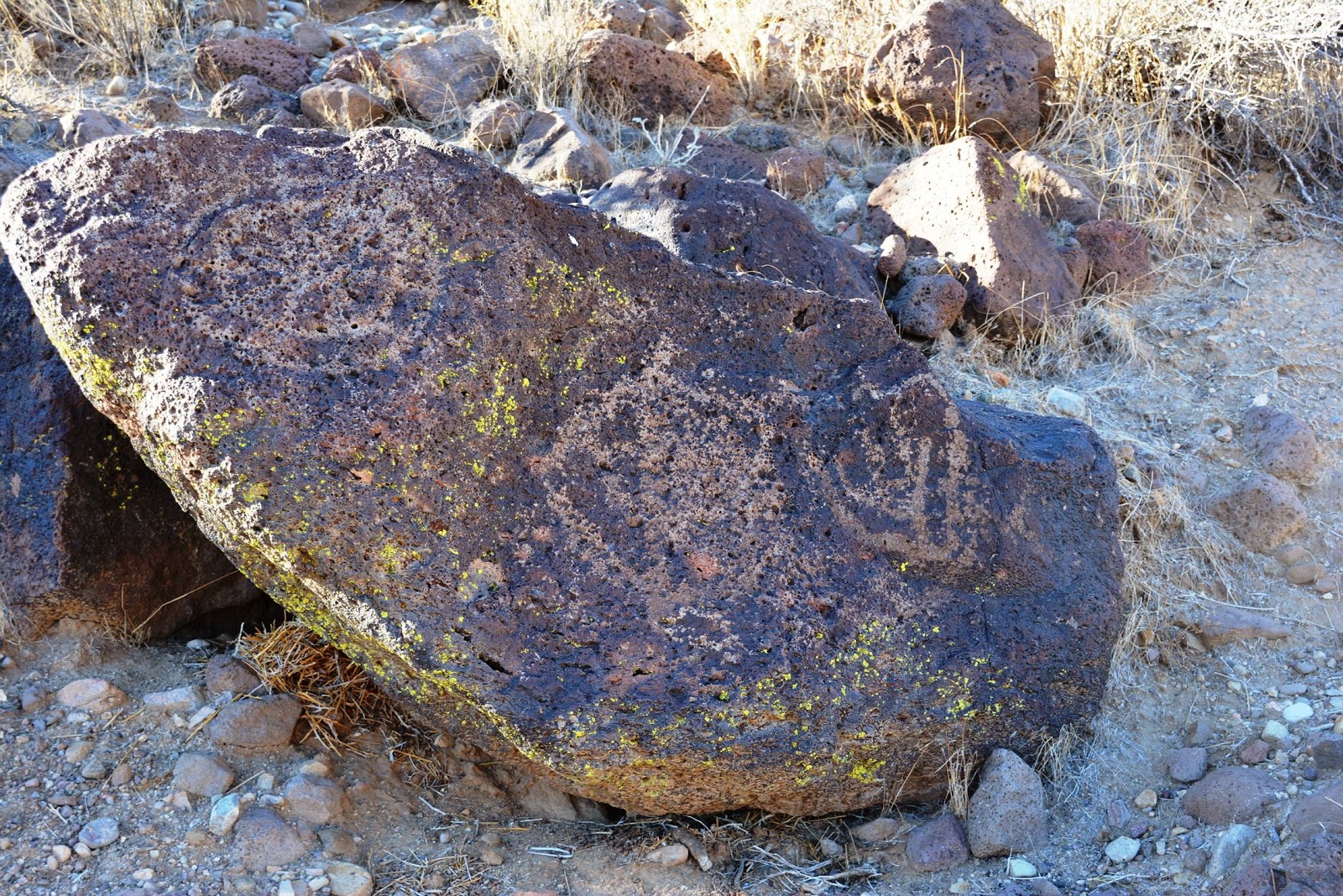 There is a lot more information available about these petroglyphs, but I'm not going to include much. Some of you will remember when my blog posts were mostly words with a few photos. Too much info isn't necessarily a good thing for a blog. However, I will tell you that these petroglyphs are thought to be at least a couple thousand years old.
-----------------------------------------
This FWD expedition was organized by Death Valley Jim. In addition to being a good guy, Jim is an explorer, scout, wilderness guide, writer, photographer and master of all things desert related. I've been around the desert a lot more than most folks and I know where a lot of great "non-tourist" places are located, but I have to admit that I'm not in the same class as Jim. I'm trying though...