The Coyote Hole rock art site is on the edge of the town of Joshua Tree (in Quail Springs Wash) and just outside of Joshua Tree National Park. The area was also used for habitation by the Serrano and/or Cahuilla Indians and is several thousand years old. At one time, it was considered one of the most important rock art sites in this part of the country.

Here is some of the good stuff... 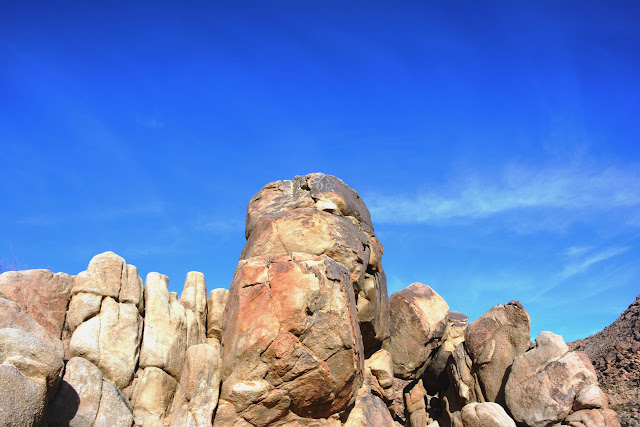 Somebody had to do some climbing to create the petroglyphs on the top right, of the tallest rock. It is about 40 feet off the ground. 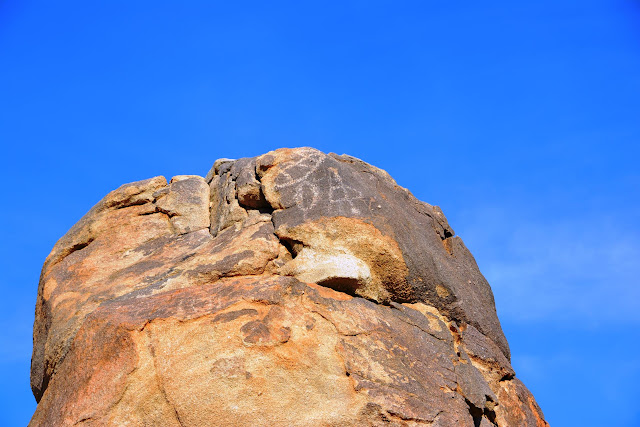 A closer look at the symbols. As you can see, much of the surface of this large boulder has eroded off as the centuries have passed. 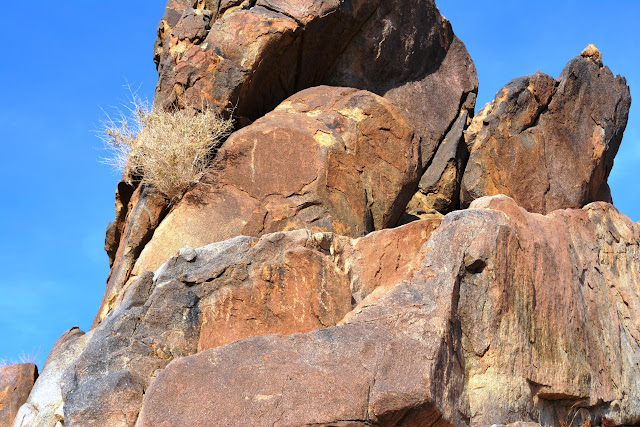 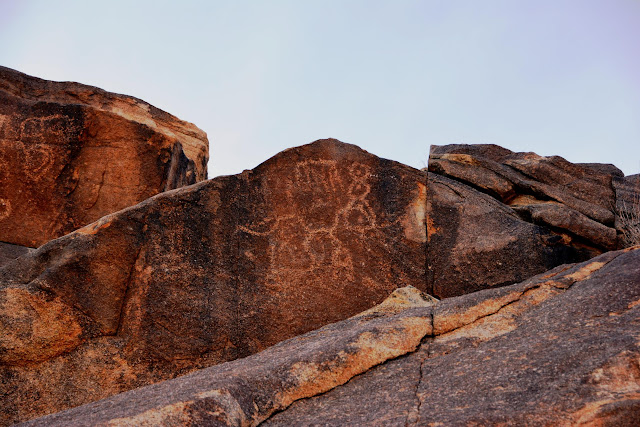 It looks like there are a couple of layers of symbols in this panel. Some of them have almost been reclaimed by "desert varnish." Re-varnishing is one of the methods archaeologists use to date petroglyphs. The style of the petroglyphs can also indicate a time frame. 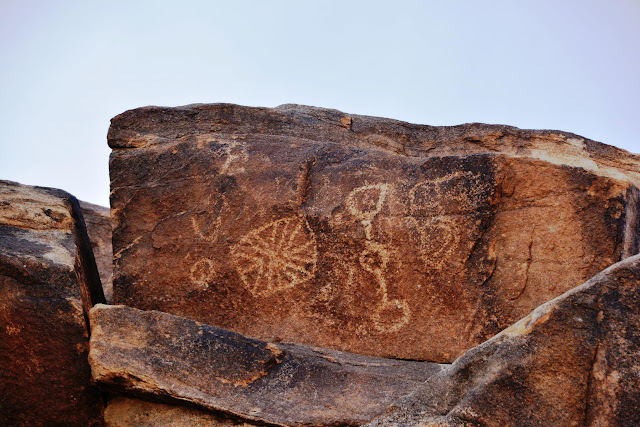 The image just to the right of center is called a dumbbell (as in a dumb-bell used for weight lifting). Of course a dumbbell is usually a straight line (or bar) connecting to round shapes. Of course, there were no "dumbbells" back then, and the jury is still out as to what this particular type of design represented. HOWEVER, when I was a youngster my granny told me that the traditional "dumbbell" image represented a conversation, negotiation, or communication, between two people. THIS image represented the same thing, but with another person "in the middle" acting as an intermediate, who passed the words of one person to another. It may have been needed because the two people needed someone to mediate what they were talking about, or because there was too much distance for the two to communicate directly. Maybe I'll gather up various types of "dumbbells" together that represent several types of communication. 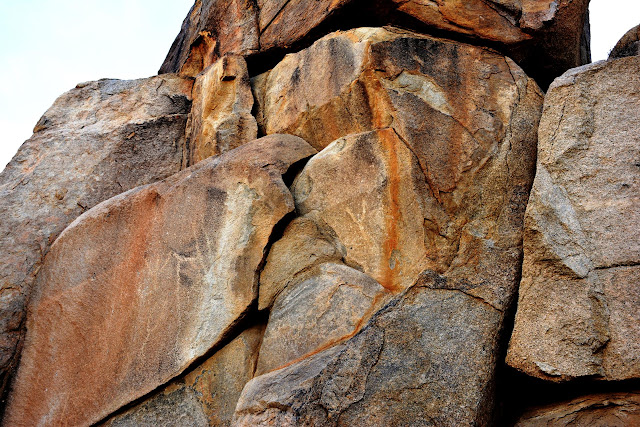 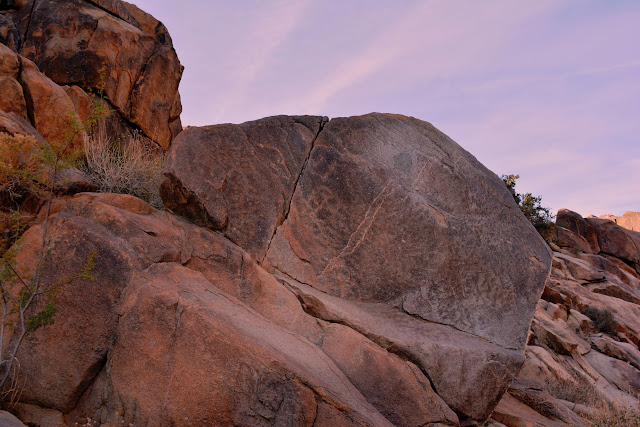 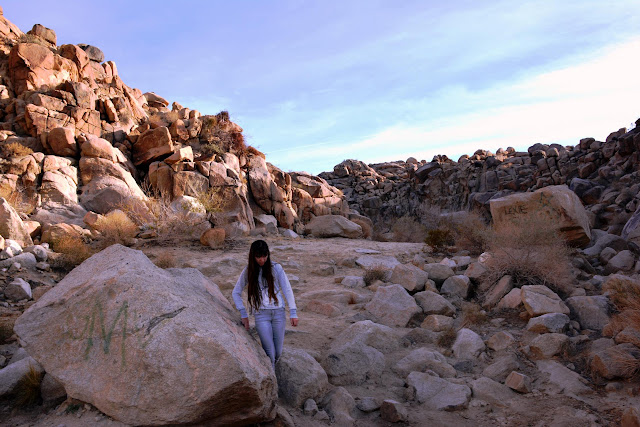 My granddaughter Tay still loves this stuff. Note the graffiti on the large rock to her right and left. 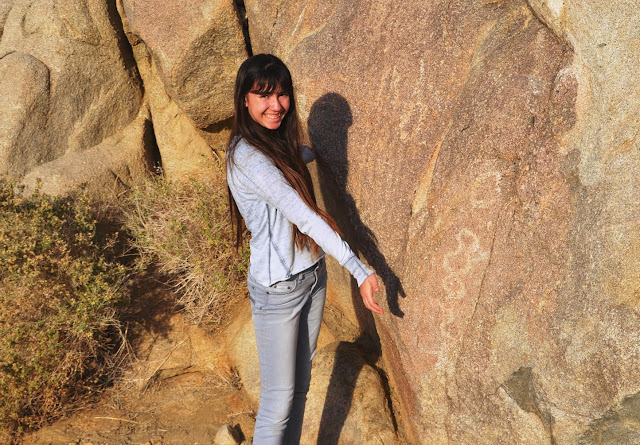 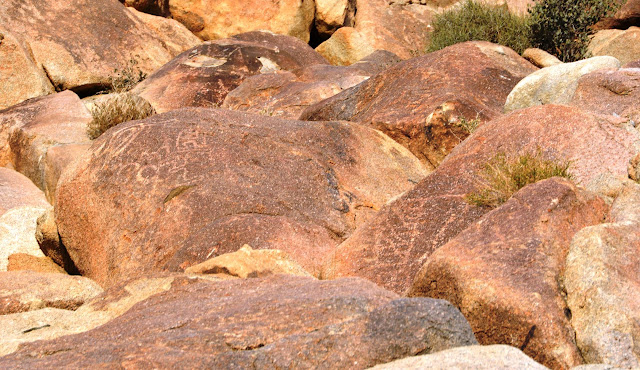 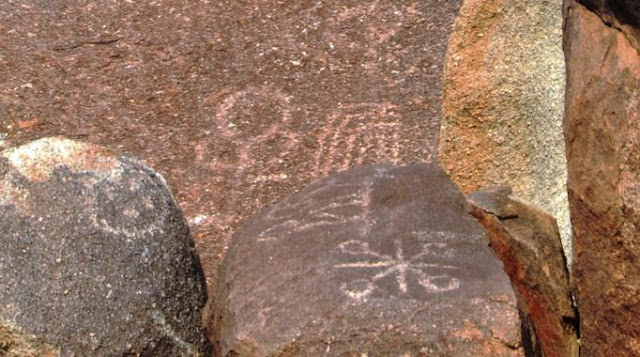 Various designs. The one in the middle looks to be anthropomorphic (giving human like characteristics to something that is not human). 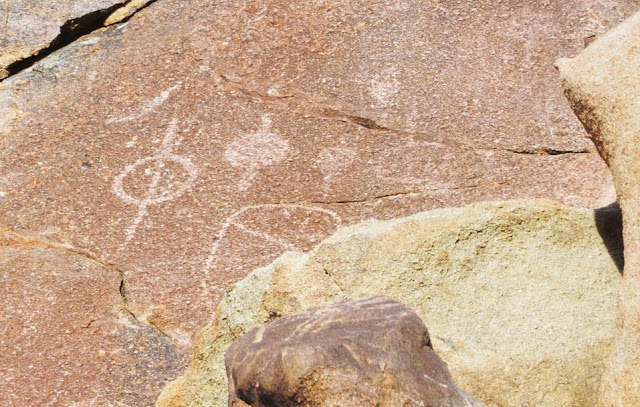 This panel contains six different images of atlatls. The atlatl is a device used to throw a spear, or arrow like shaft, before the advent of the "bow and arrow." This also aids archaeologists in dating petroglyphs. 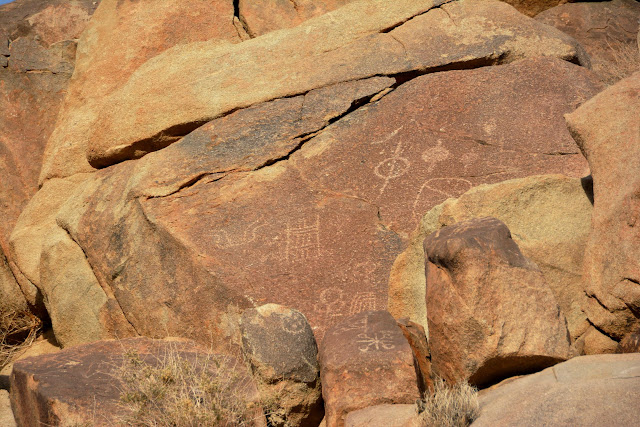 This is the panel containing the images in the previous two photos. 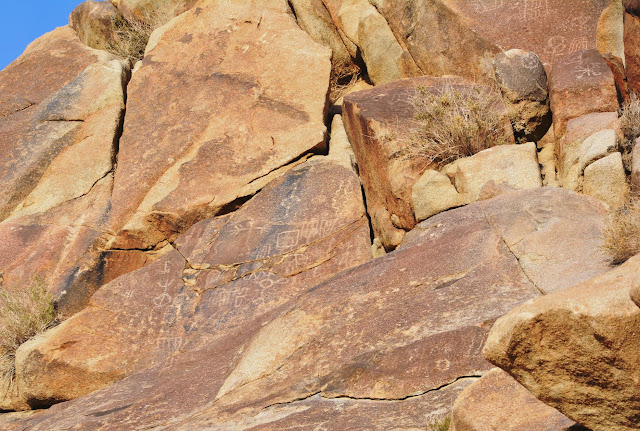 A large mumber of images in this area. 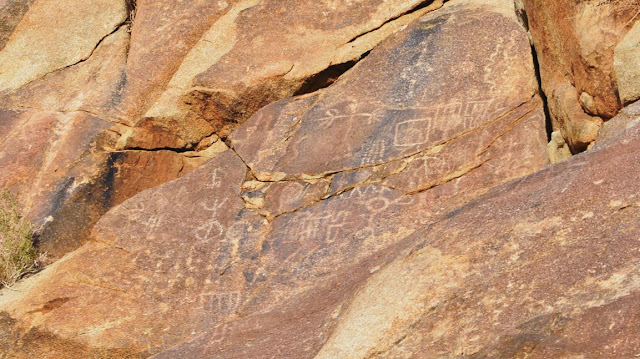 Many images, some of which were apparently made by different tribes, in a different style, over a very long time period. Some are of the Great Basin Abstract (Curvilinear) style, and others are Rectilinear. There are a couple more Anthropomorphic images here also. 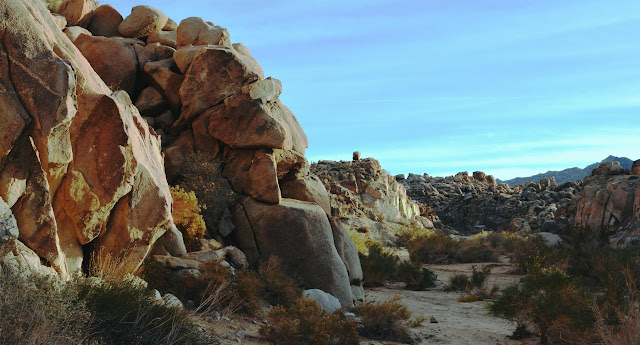 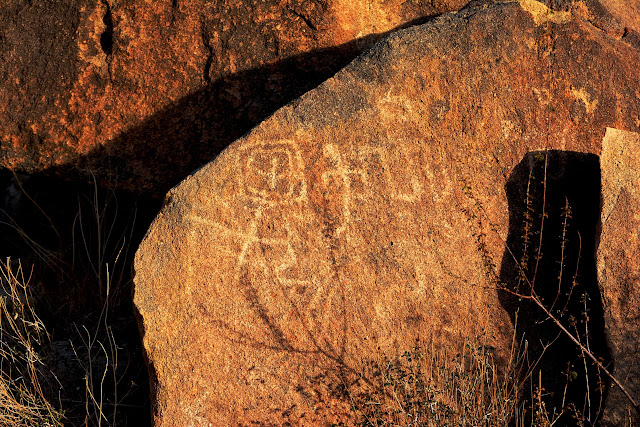 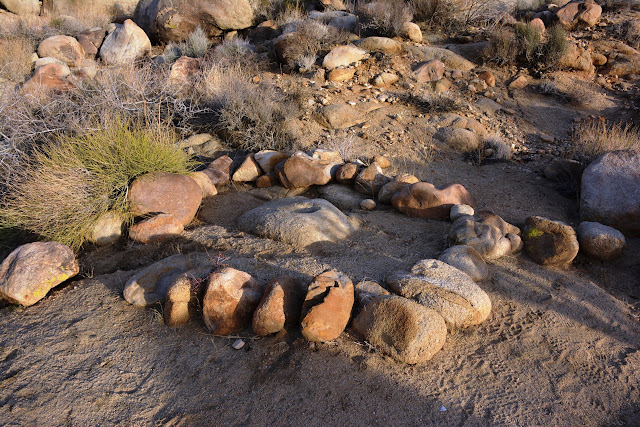 Although the large mortar in the middle has been there for a very long time, the rocks appear to be a fairly recent addition. I (and others) think that it is supposed to look like a fire ring. However, something just now struck me. Why would somebody go to all the trouble to arrange these heavy rocks in a circle? There isn't any visible evidence of fires in, or near the mortar.  In the next photo you can see a large rock (bottom right) that clearly has been "worked" and probably used as a grinding surface. Just a thought, but we will never know... 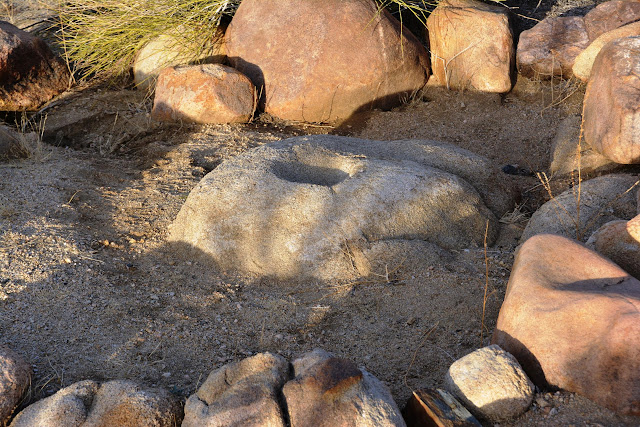