Oatman is a former mining town in the Black Mountains of Arizona. While camped out at Needles, we took a day trip to this place.  Early last century, gold was discovered in the area and through the years about 1.5 million ounces of gold was mined there. This little town once had a population of about 4000 people. Today less than 100 people live in and around Oatman. It's right on route 66, which was once a major American highway. I'm pretty that sure most everyone reading this has heard of Route 66. Right? 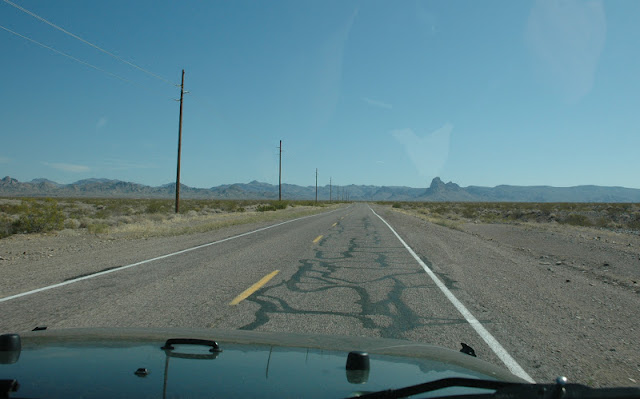 A long drive through the desert to Oatman. It's in the those mountains on the horizon. Because it's winter here in the desert, the daytime temperature is only about 80 degrees F. If this was the middle of summer, it would probably be closer to 115 degrees. Too hot for me! 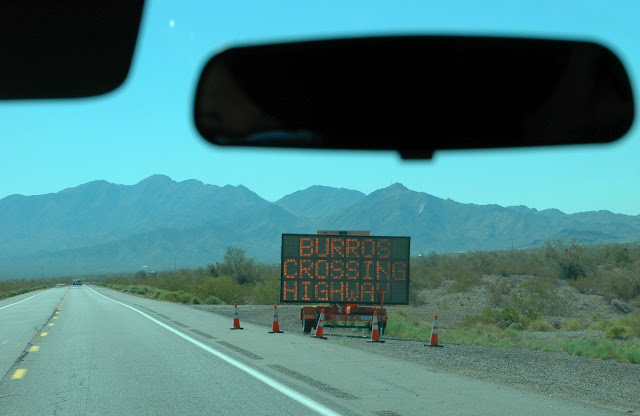 Say what? Never seen this before... 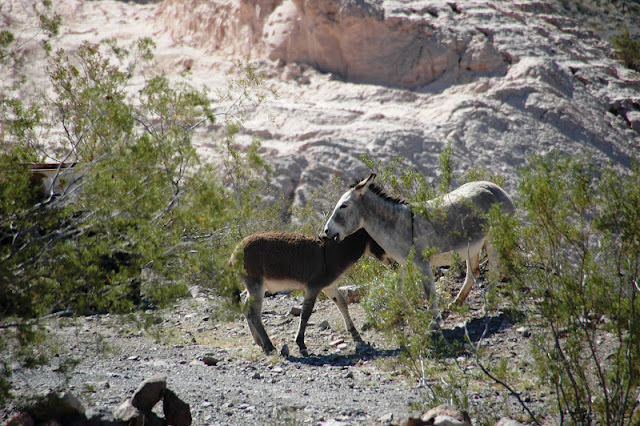 Well, now I have! On our way into town, we spotted these two wild burros by the side of the road. 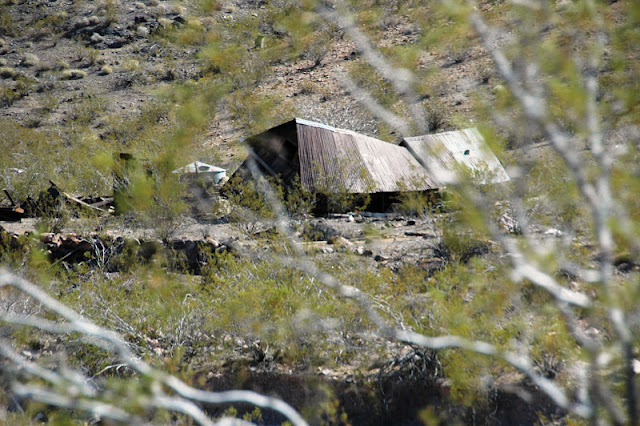 One example of the MANY old shacks around the town.  The desert at it's finest. If something breaks down, or falls down, just leave it where it sits and the harsh climate will eventually deal with it. 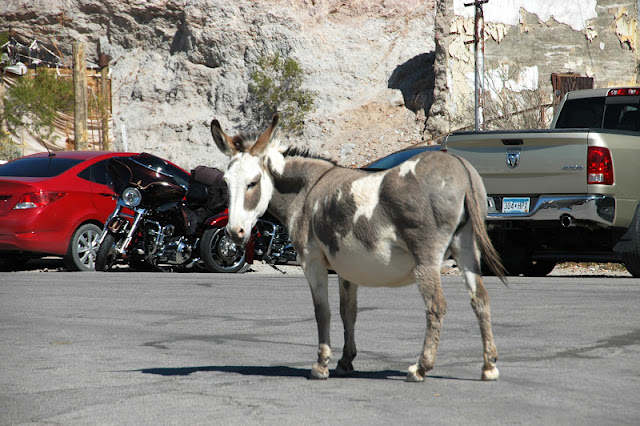 I wasn't expecting this! Wild burros are all over the town. They are NOT pets. These guys are all descendants of the original burros used in the mining of gold over a century ago.  They come and go as they please and aren't shy about moving you out of their way, if you are in it.  Note the old ruins in the background. 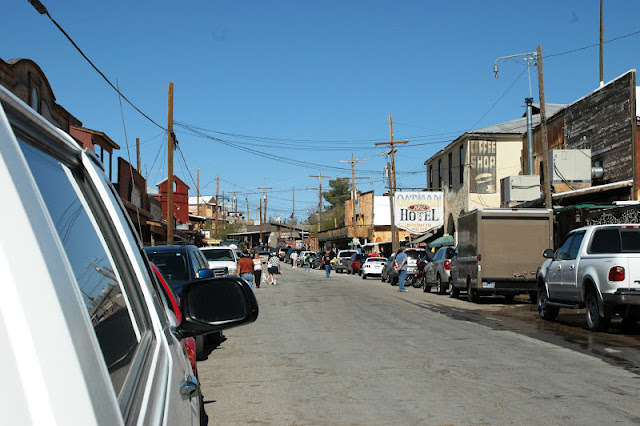 A look down main street. It's actually part of the old Route 66.  Other than the tourists heading for Oatman, VERY little traffic comes this way.  Most of these cars belong to tourists. Back in the day, Clark Gable and Carole Lombard spent their honeymoon in the hotel on the right side of the street. People were still mining gold here until world war two. 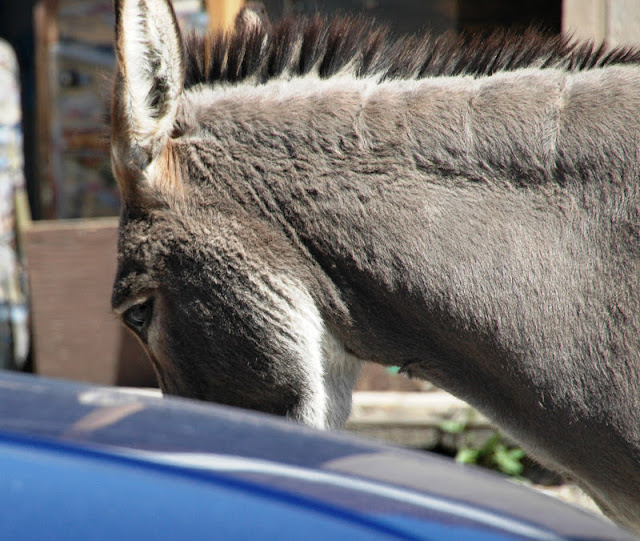 I caught this guy peeking at me. I think he was a shy one. I'm not sure of the sex, but it was darn cute! (if you look real close, you can see my reflection in his eye. 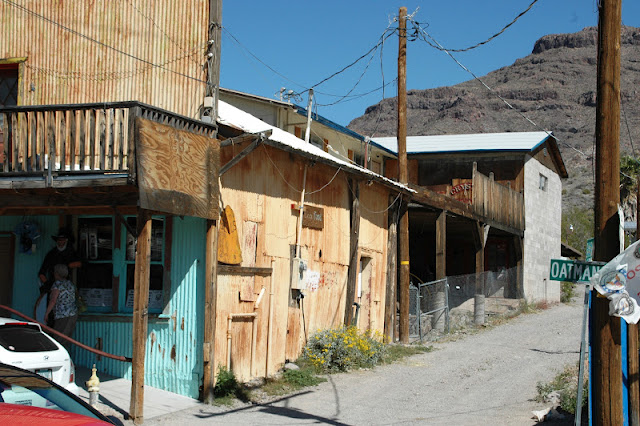 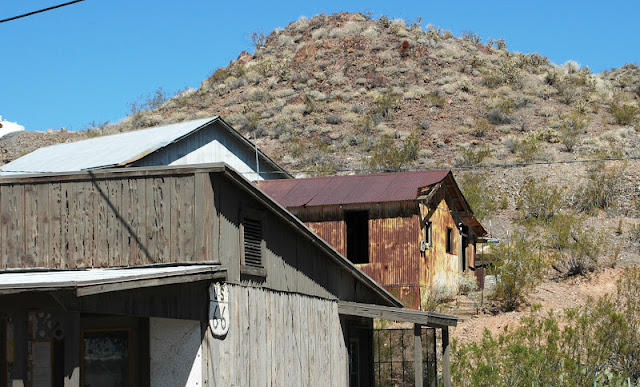 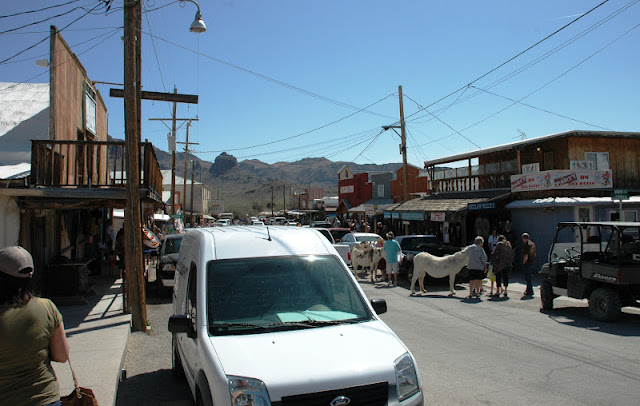 Burros entertaining the tourists. If you have a bag in your hand, they will snatch it from you and shake it very hard, hoping that some food will fall out of it. 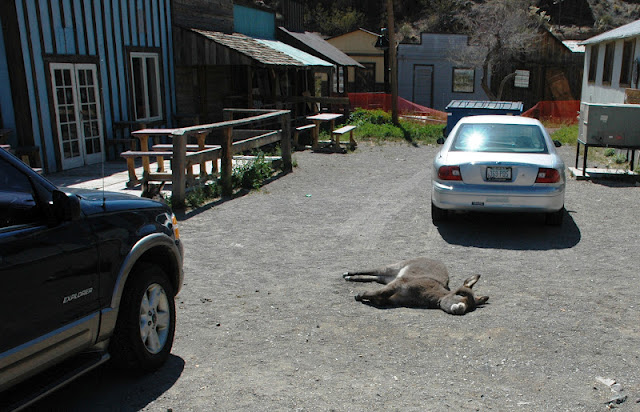 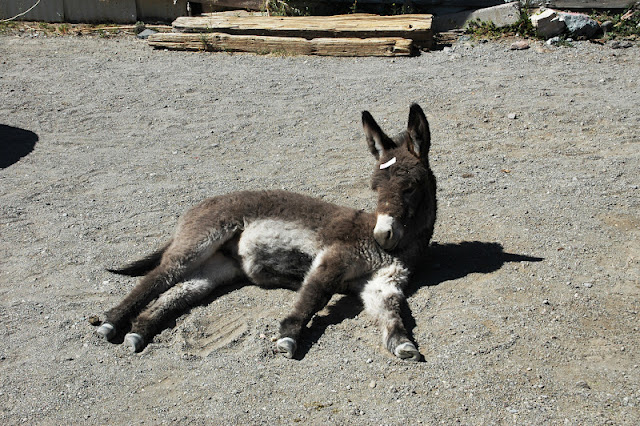 See? I told you he was okay. 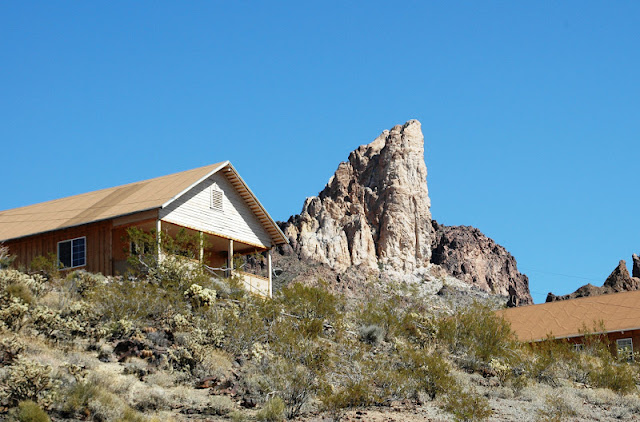 One of the nice views from town. 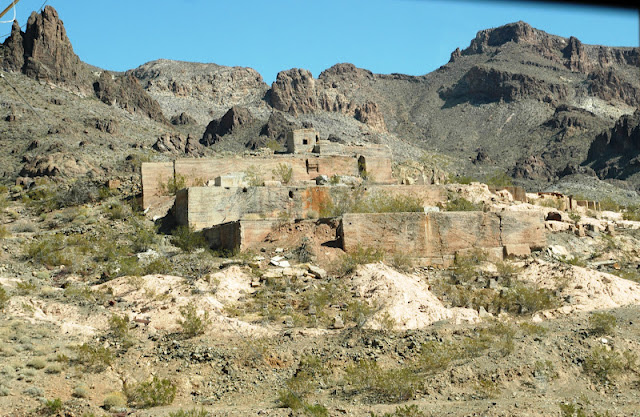 I have no idea what it was, but now it's just a bunch of adobe and concrete ruins. You might want to embiggen this one. 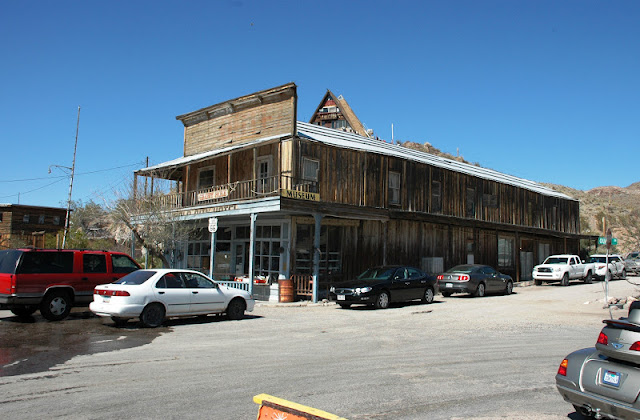 The old "Gold City Hotel." I believe it is the oldest still standing building in town. For sure, it's the oldest building being used.