Tahquitz Canyon is on the Agua Caliente Band of Cahuilla Indians Reservation, in the Sonoran desert in Southern Californa. Much of the well known city of Palm Springs is actually part of the reservation. Our RV was parked about 30 miles north of the canyon. 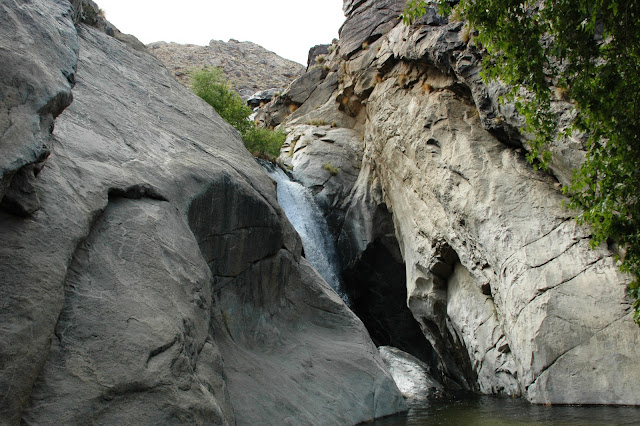 We'll start with the end. This waterfall is the payoff for a fairly difficult hike on a hot day. It is also one of the reasons that the Cahuilla Indians have continuously inhabited this area for over 2000 years. 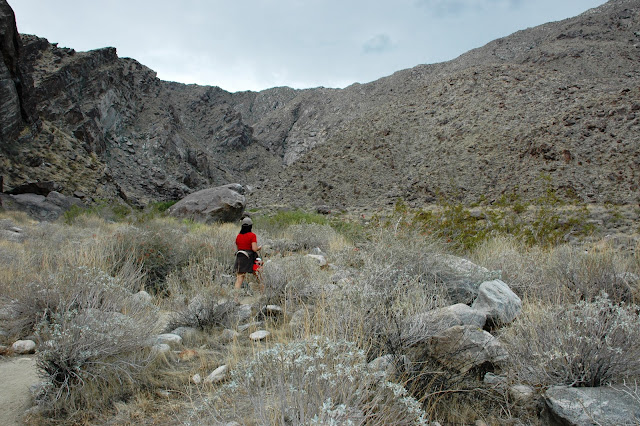 My wife, trusty guide, and modern day trailblazer leads us up the canyon. We are headed straight ahead for about two miles. 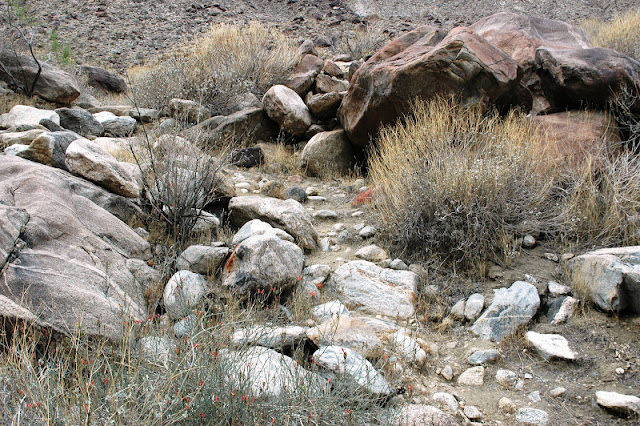 This is a pretty good example of what the flat parts of the trail look like. When the trail goes up hill it looks like.... 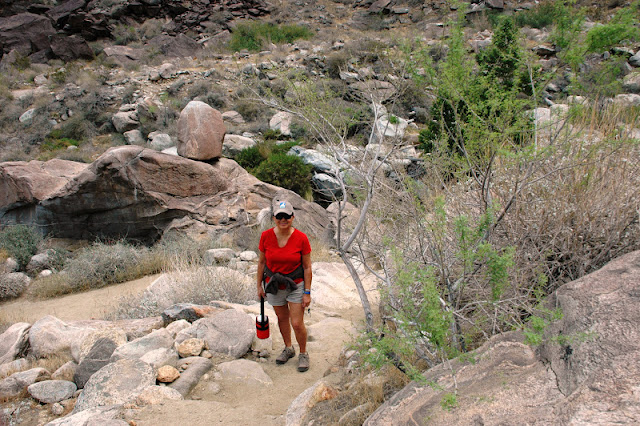 This! The elevation gain was about 500 feet.  If it hadn't been hot, it would have been much easier. 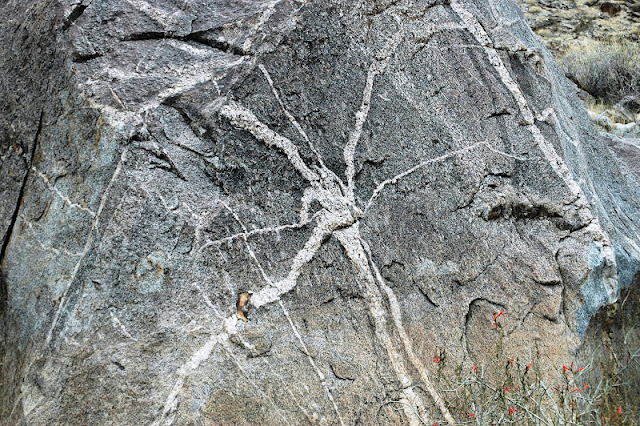 I have no idea what this is, but I liked it! 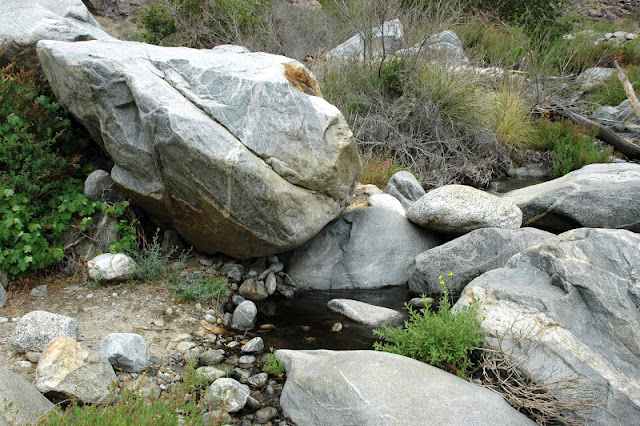 Doesn't that big rock on the left look like a dinosaur head? Or maybe a giant turtle head? 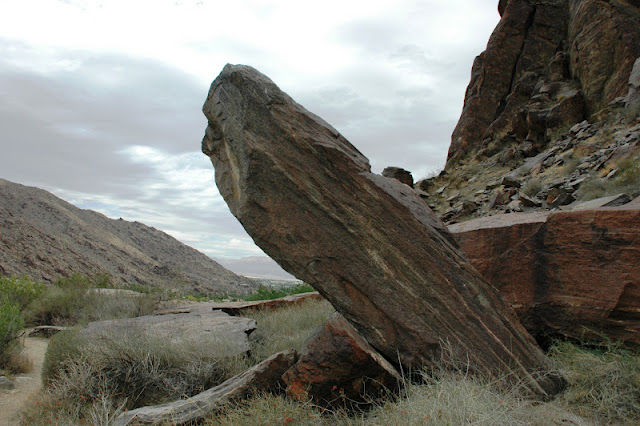 This unusual formation looked like a giant thrust a sharp rock into the ground. 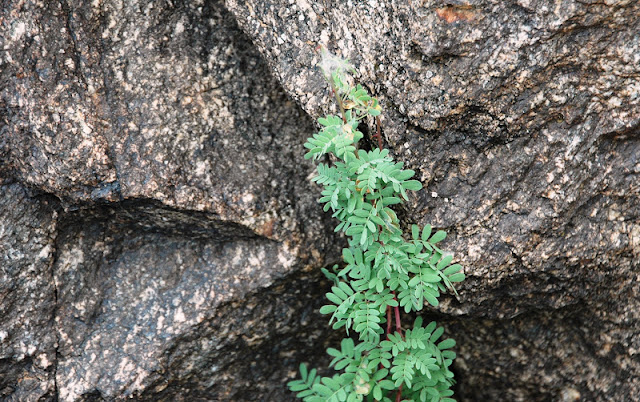 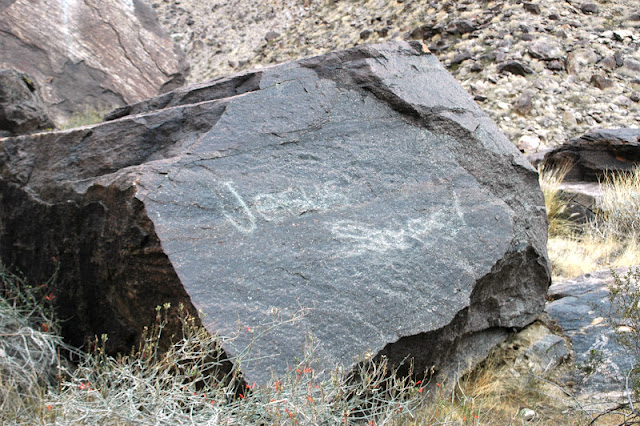 Native Americans consider there tribal lands to be sacred.  This little bit of defacement was obviously done by a tourist. A pious and hypocritical one at that. 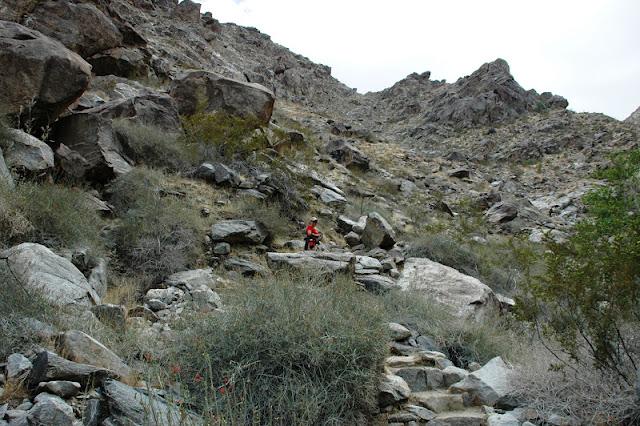 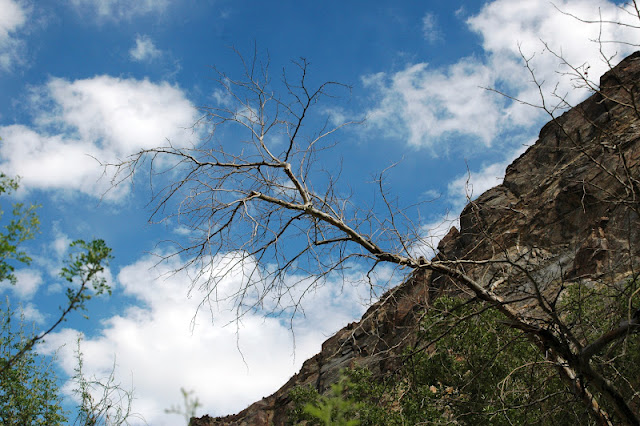 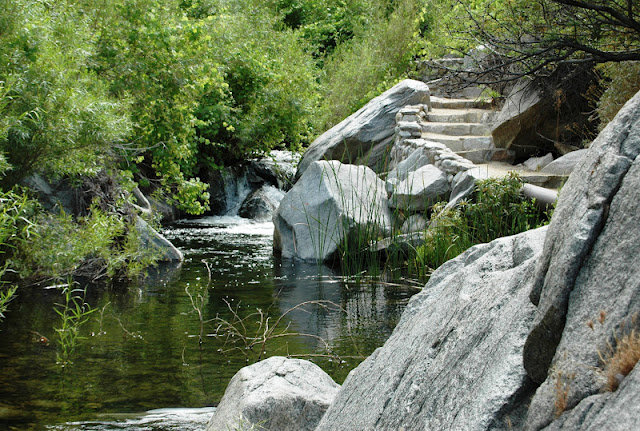 A pretty little pool beside the only carved out spot on the trail. 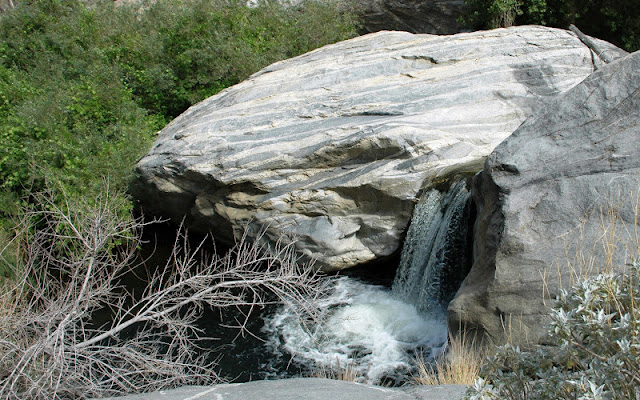