These pictographs were created by the Cahuilla Indians several hundred years ago (at a minimum) and related to female puberty initiation rites. The initiates themselves are thought to have "painted" the symbols. The symbols included various forms of chains, diamonds and zig-zags. These patterns are known to represent rattlesnakes. Rattlesnakes are the "spirit helpers" associated with females.

"Other parts of the initiation rites involved isolation in a warmed pit for three days, thereby mimicking the ritual isolation and immobility practiced at childbirth; the ingestion of tobacco and resulting receipt of a supernatural vision; and apparently at the culmination of the initiation, the painting of the designs representing the spirit received during the girl's altered state." (David S. Whitley)

A slightly different take on the last part of the initiation follows:
"The final event of the Indian puberty celebration consisted of a race, called a "hayie," to a certain rock where a relative of each girl awaited her with a little pot of red ochre paint. On arrival, each initiate painted a design on the rock.  Indian informants indicated that these designs were always diamond-shaped and represented the rattlesnake." (Dolcie H. Vuncannon)

Once the initiates had completed these rites, they were considered women. 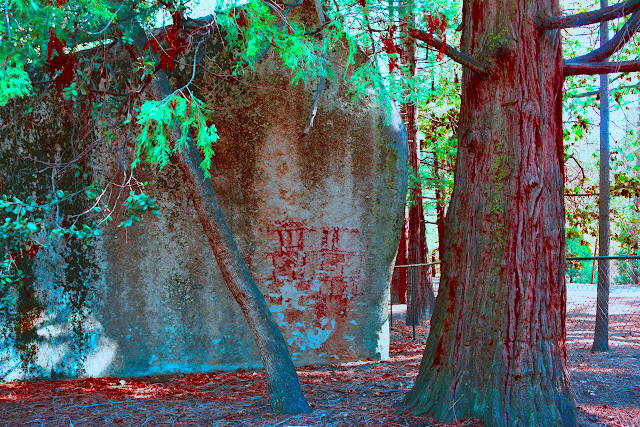 The same photo enhanced by DStretch 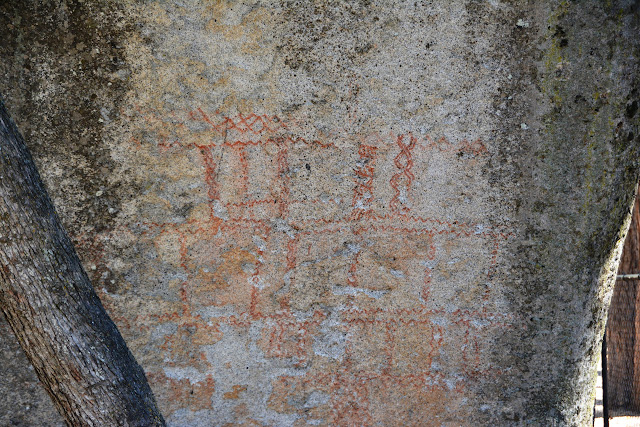 A closer view of  the symbols 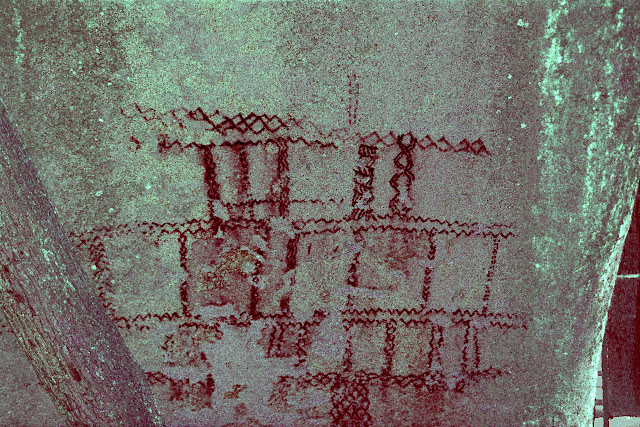 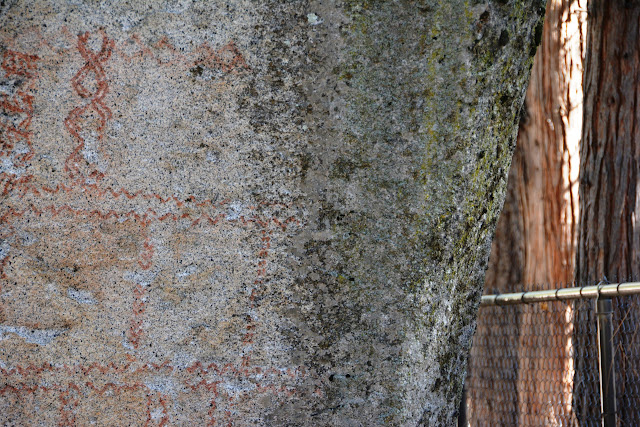 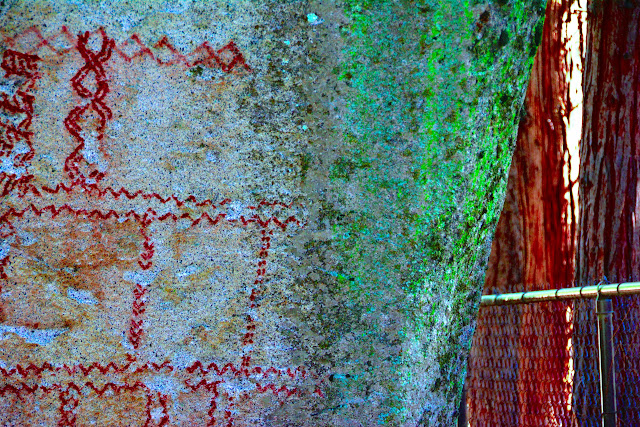 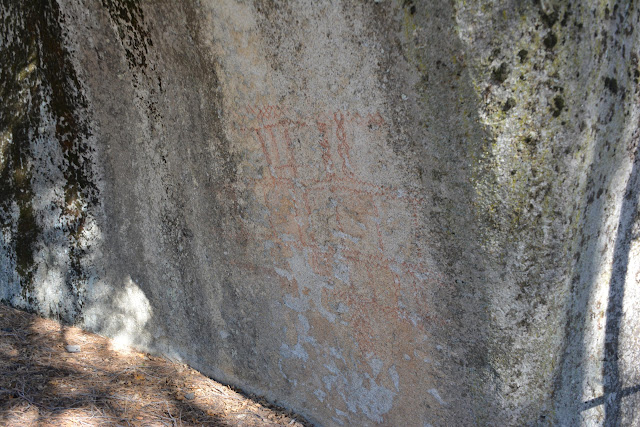 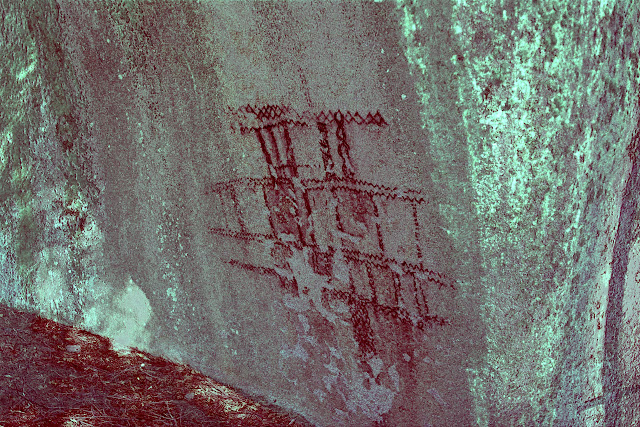 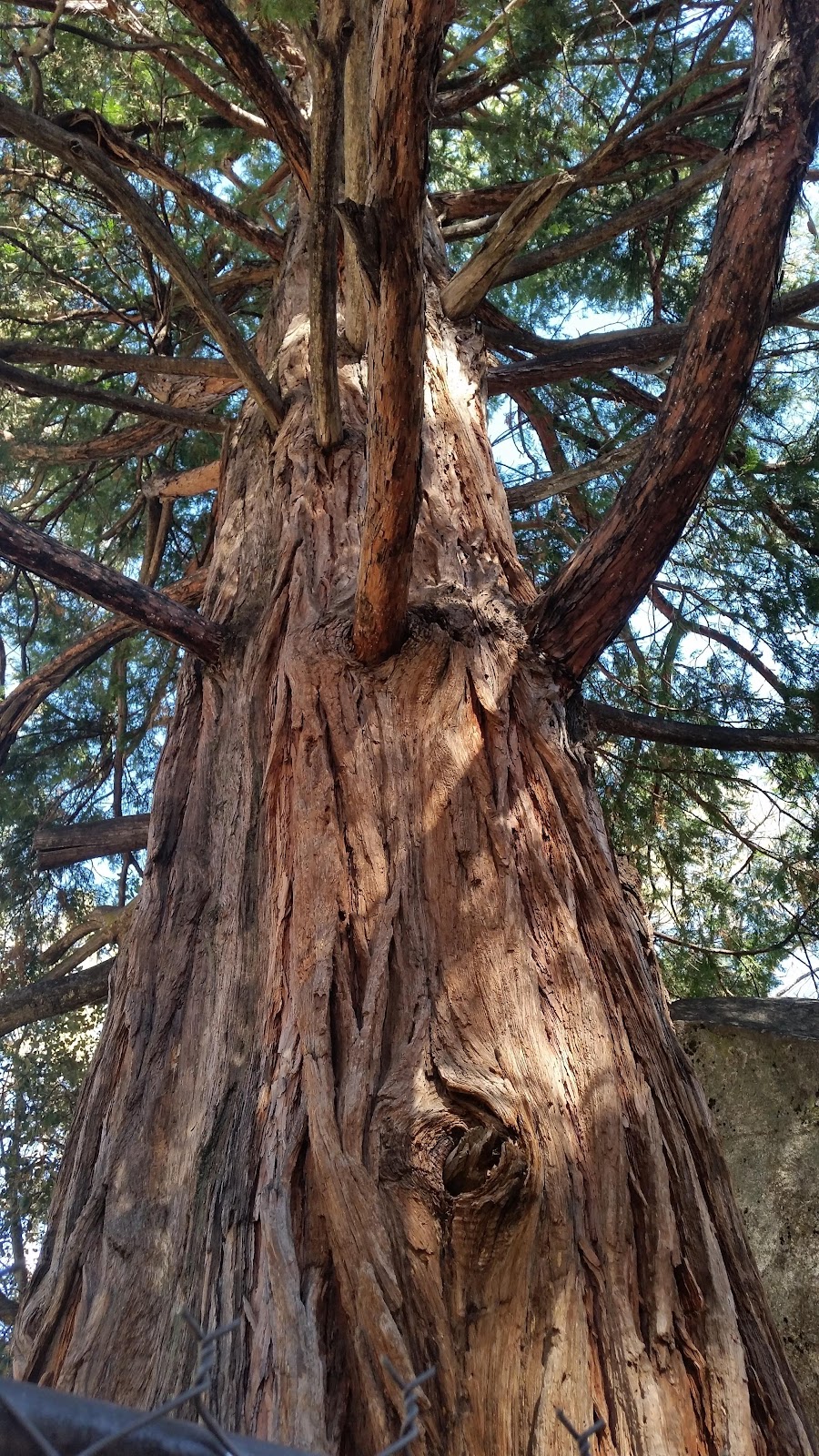 Included just because I liked it