As some of you may already know, Joshua Tree is pure desert. Water of any type is very valuable. In the late 1800's Jepp and Tom Ryan homesteaded this site to obtain the rights to a natural spring that used to be located there. The water was used to support the Lost Horse Mine (subject of a future post), which was owned by Jepp, Tom, their brother Matt and a local prospector named Johnny Lang. Water was pumped from the spring to the mine, that was over 3 miles away. In addition to supporting mining activities, the Ryan family also raised cattle. At one time there was over 50 people living on the ranch. 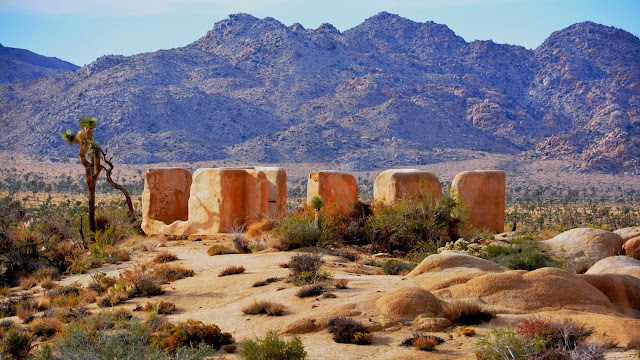 The main ranch house was very much intact until 1978. That year an arsonist set fire to it. The adobe walls and foundation are all that remains. 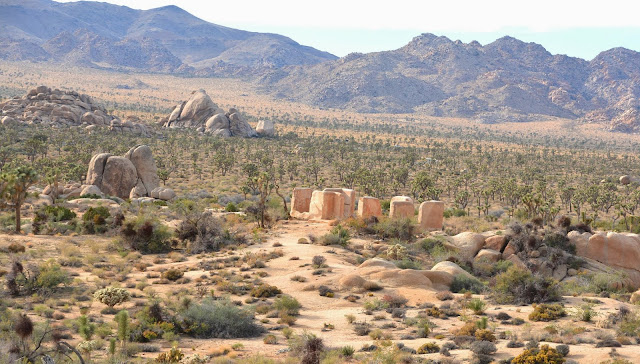 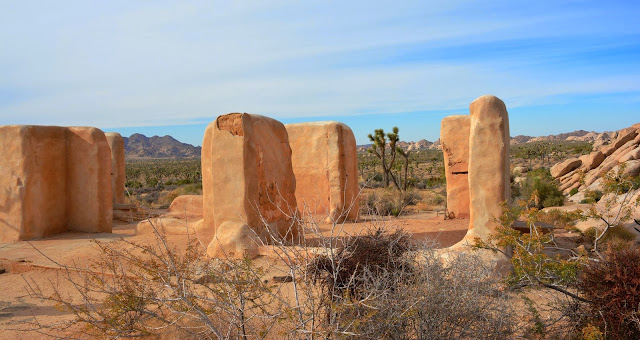 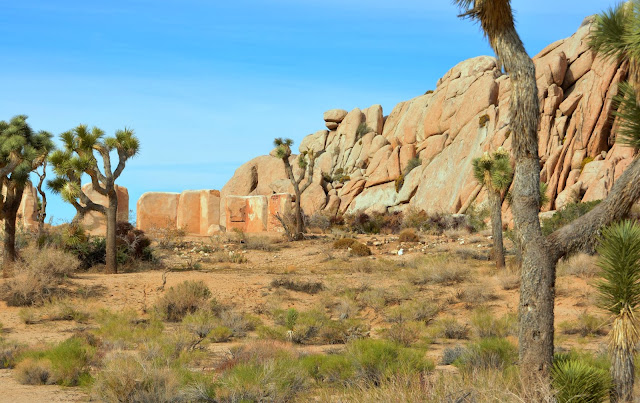 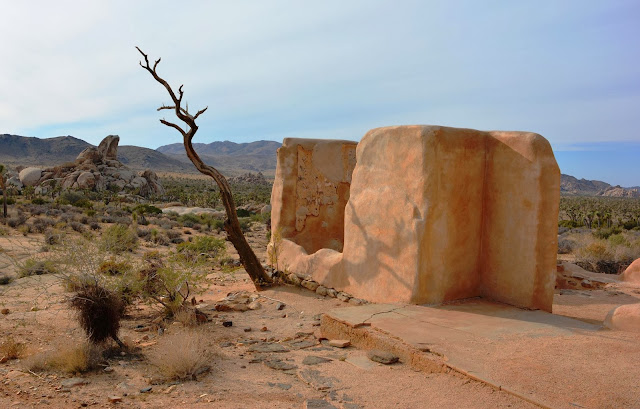 See the rock formation to the left of the tree? The large rectangular stone jutting into the sky above the rest is called "Headstone." It's a very well known rock climbing site. Joshua Tree has hundreds, if not thousands of them... 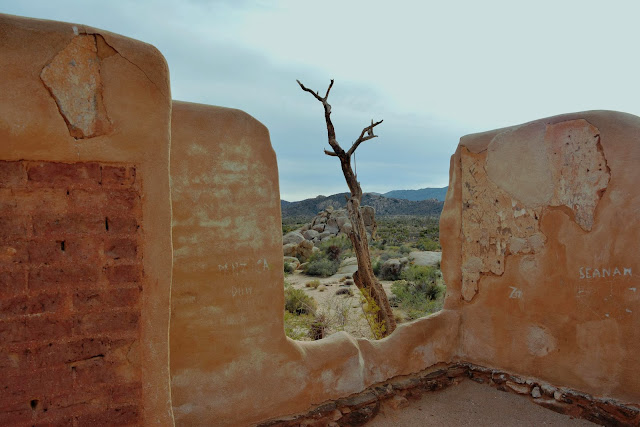 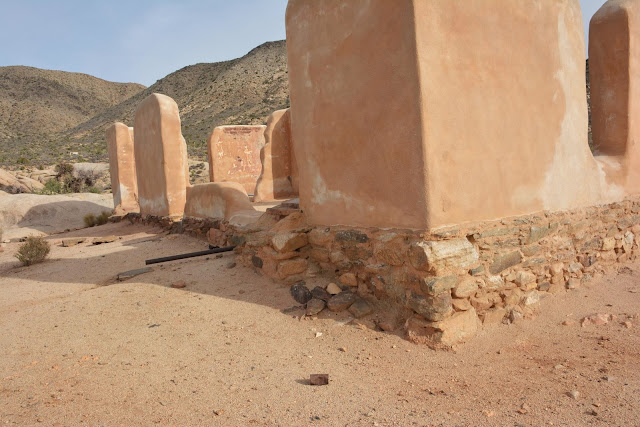 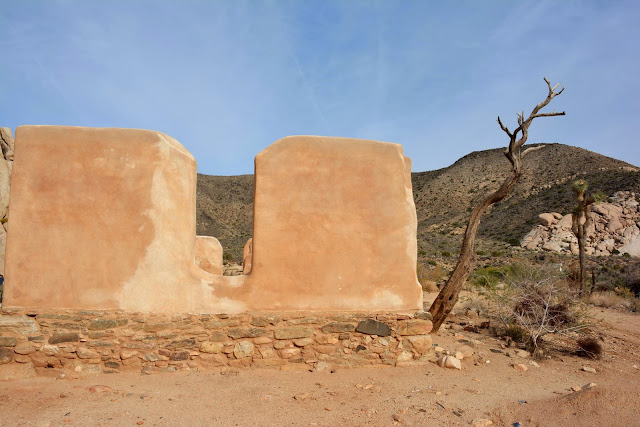 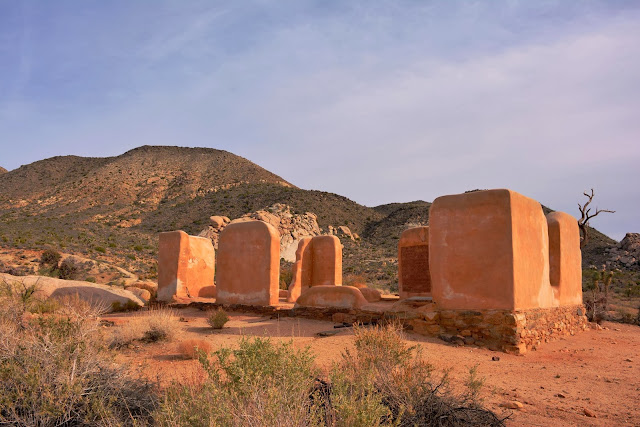 The walls of the ranch house were made from bricks and adobe. Both of which were made from local materials, including tailings from the mine. Years later they discovered that the mine tailings still contained gold. From that point forward they referred to the place as the "gold brick house." 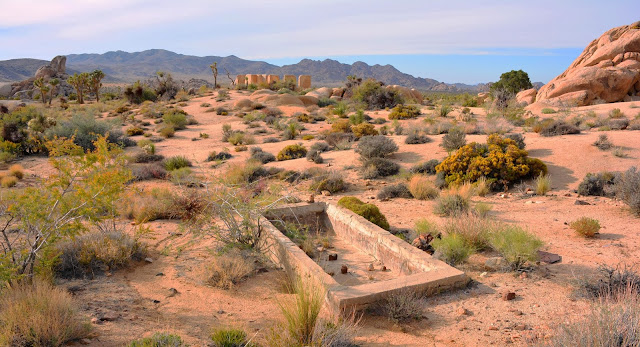 Heading up the hill to the spring and pump house. 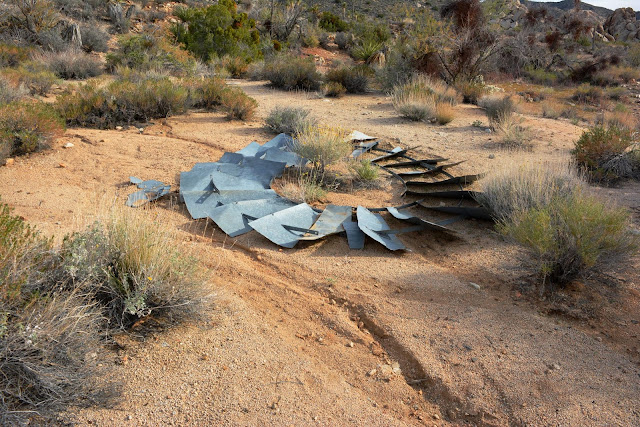 The remains of the old windmill. 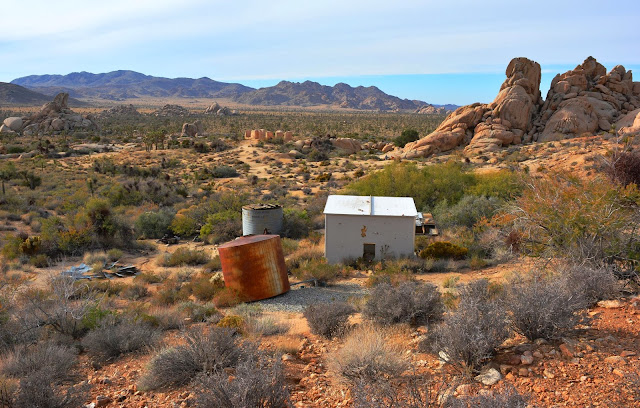 Looking past the spring and pump towards the ranch house. I was standing near the base of what is now called "Ryan Mountain." 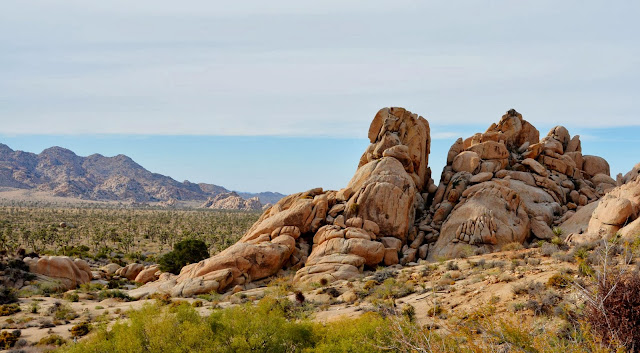 The amazing rock formation behind the ranch house. There is a lot of evidence around there relating to a long period of Indian presence in the area. 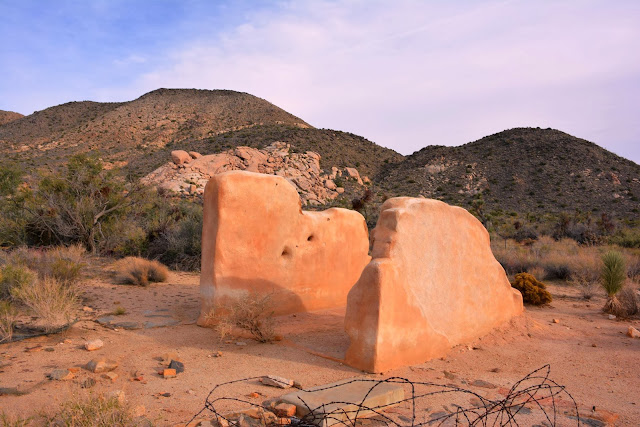 The remains of the original ranch bunk house.

We just returned from two weeks in the Joshua Tree area. The first five days it was closed because of the federal government shutdown. I can probably do about 10 posts on this amazing place. I'll probably cut it down a bit, but I love it and there is so much to see and do. In addition, I have a lot of personal history in the area. I might even tell a true story about something amazing that happened to me and a friend there when we were about 12 years old.