First off, don't be alarmed that there is American style fast food in Japan. For every McDonald's, there are a ton of street food vendors and traditional cafes and restaurants. 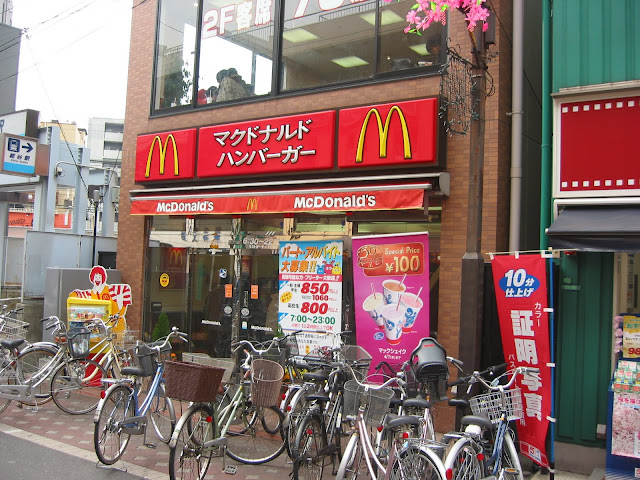 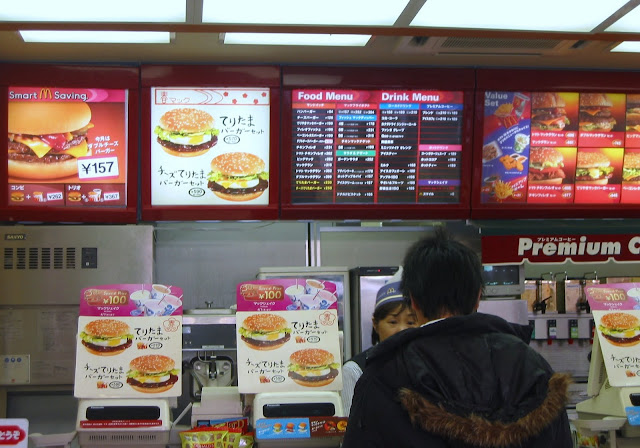 Local flavor menu. Notice the egg on the hamburgers. 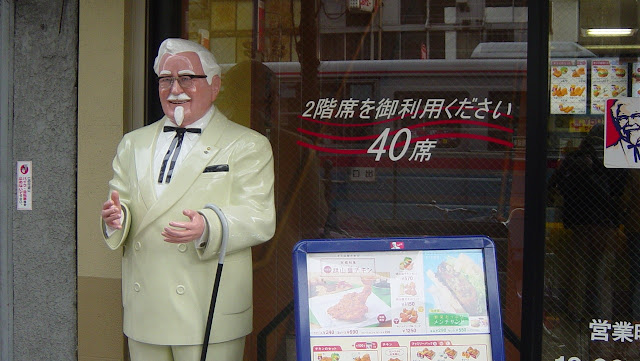 People everywhere love the colonel. In Japan the chicken is sprinkled with goma (sesame seeds). 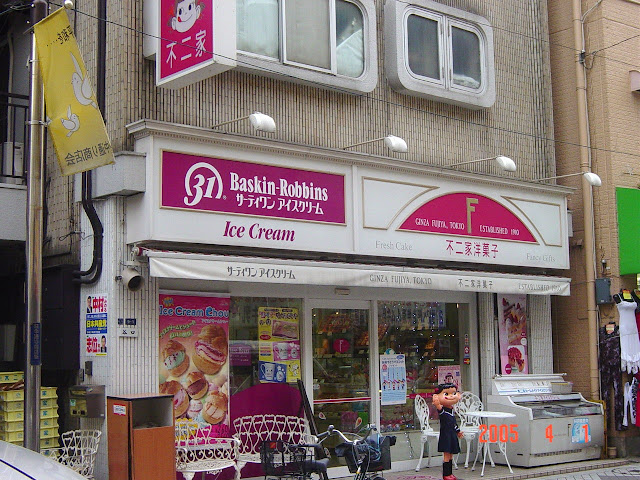 We had some ice-cream here.  It was darn good!

We couldn't bring ourselves to eat any fast food. It made no sense.
Because most of buymebarbies relatives still live in Japan, we mostly eat home cooking when there.  Last time there we also ate at a fantastic Russian restaurant,  a Korean BBQ, several Japanese places, and a Chinese restaurant. All were excellent. But nothing topped the home made meals. Not only did it save us a ton of money, it is also nice to live as they do.  The Japanese food you find in American Sushi Restaurants is available everywhere in Japan, but it's not how they eat everyday.

I almost forgot about the pizza! Yes, they have pizza, but it is not quite the same. The crust was identical, but that's where the similarities end. We ordered two of them. One was a squid pizza and the other was a mayonnaise. The squid was pretty good, but by the time I was done with one piece of mayo pizza, I was about ready to lose it all...