Every year on July 4th, our neighborhood has a little kids parade, a carnival, and a water war. The number of people involved and the faces change from year to year as kids grow up, but the events still always happen. Currently, we are in a period of few teenagers and more small kids.
The kids "parade" starts at 9:30 am, the water war starts at 1:00, and there's a nice fireworks show from the lake that lies in the valley below our street, starting at 9:00 pm. The evening ends with everybody in their backyards enjoying the fireworks.  It's a long day... 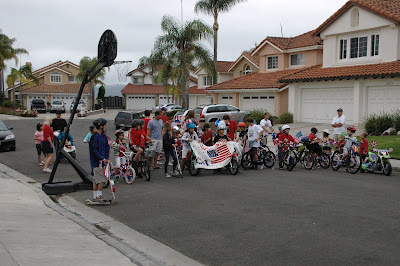 Our street ends in a cul-de-sac on both ends.  The little kids on the street start at one end, and ride their decorated bikes, scooters, and whatever, and head towards the other end at 9:30 in the morning. 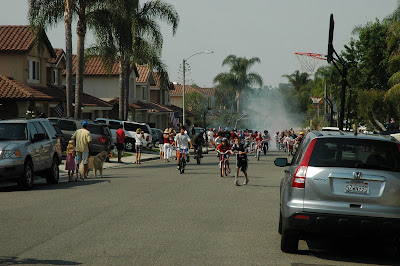 The bigger kids race the third mile to the other end. 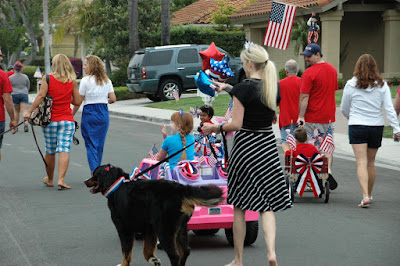 While the parents and smaller kids take their time. 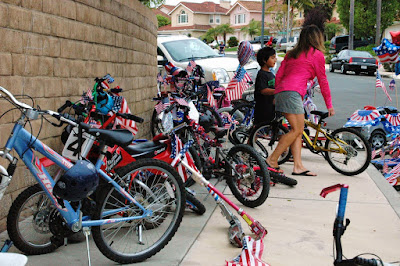 At the opening to the opposite end of the street the various forms of transportation start to pile up. 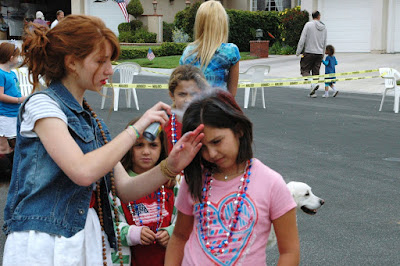 My granddaughter getting her hair painted. 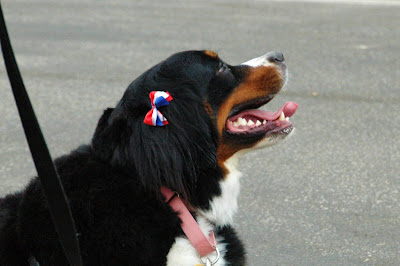 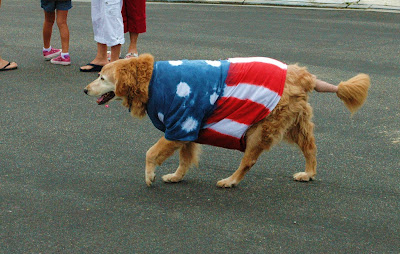 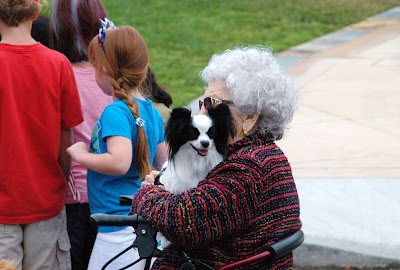 A little yappy one (the dog, not the lady) 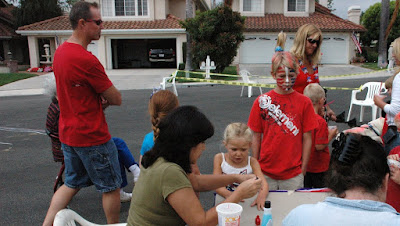 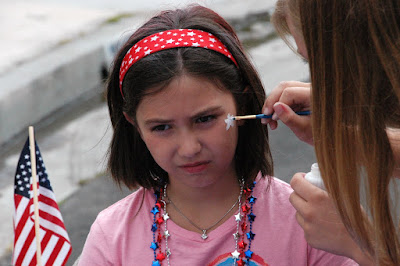 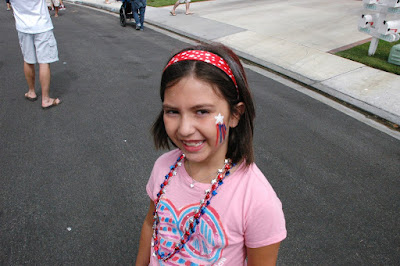 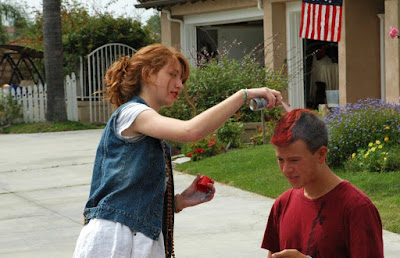 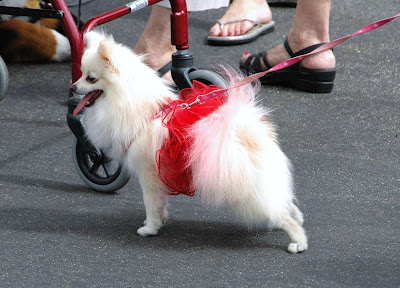 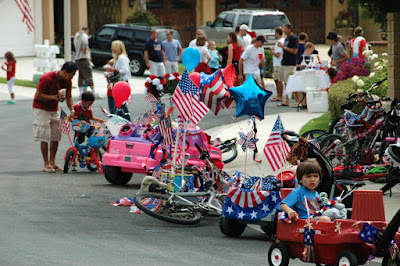 On my way back home. 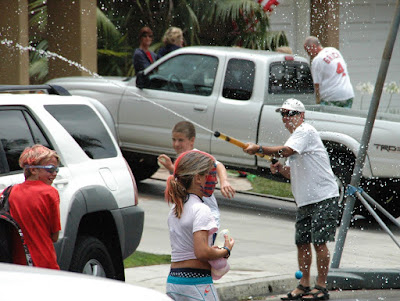 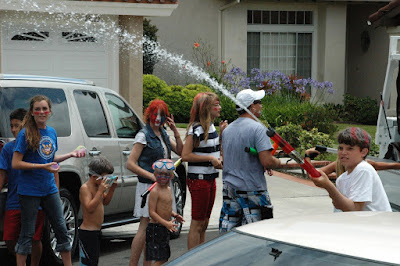 The war was much more subdued this year. 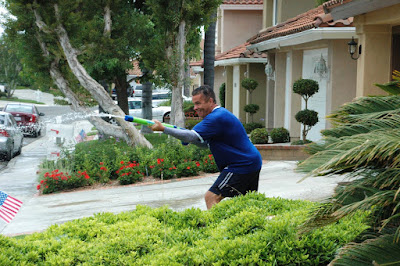 About 10 seconds later, this guy was attached by about 10 kids with water balloons and cannons. He ate it... 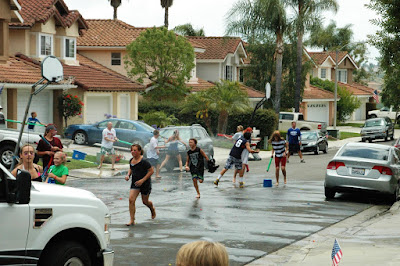 Less folks involved, but still a lot of water going down the drain. 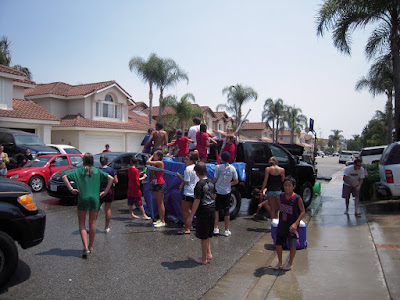 The end...
I didn't include any fireworks photos, because it's too darn hard to take good ones without a tripod. I don't have one...
It was a long day, but a good one!  Back to the boot camp stories on Tuesday...
.
Posted by Pat Tillett at 7:00 AM